No fooling, Burger King is selling a meatless Whopper

The Impossible Whopper is getting a limited debut in the St. Louis area
READ THIS NEXT
Wingstop’s X-rated Tweets turn heads, and Federer serves up Uniqlo pitch: Trending

Burger King is testing a Whopper featuring a meatless patty, and even though the Impossible Whopper was unveiled on April 1, it is not an April Fools' stunt.

The Impossible Whopper, made with a plant-based patty from Impossible Foods rather than Burger King's usual beef patty, is available at about 60 Burger King restaurants in the St. Louis market for a limited time. The fast feeder shot a video showing people's reactions when they found out the Whoppers they ate were actually meatless. 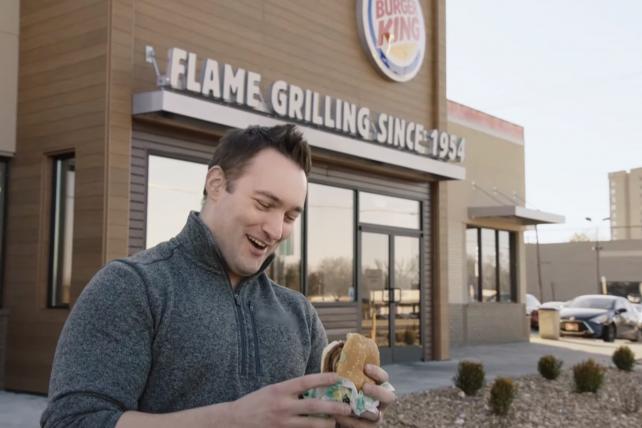 "That's impossible. It tasted just like a Whopper should taste," says one of the men in the video, a line that is seemingly too good to be unscripted.

As more people are seeking to reduce their meat consumption, plant-based patties including those from Impossible Foods and competitor Beyond Meat are popping up at more restaurants. Last year, White Castle began selling Impossible Sliders while Carl's Jr. introduced the Beyond Famous Star, which features a patty from Beyond Meat.

Now, it's Burger King's turn. While it's seemingly a minor distinction, Burger King and Impossible Foods point out their collaboration marks the first time a coast-to-coast fast-food restaurant has served plant-based meat from the food startup. For now, at least, it's only available at a tiny fraction of BK's U.S. restaurants.