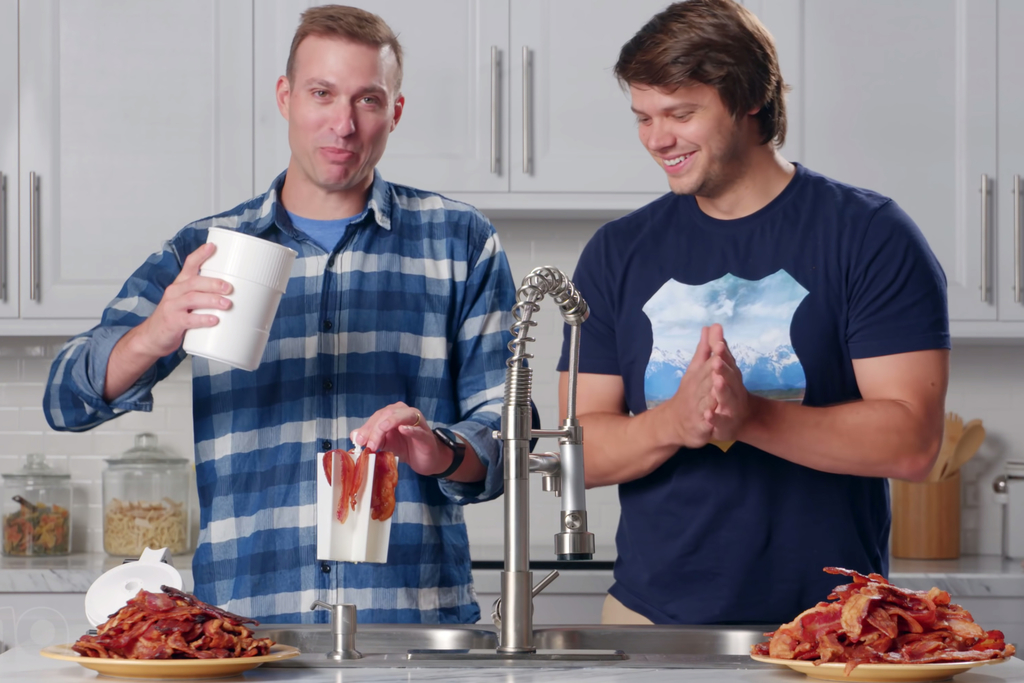 Vat19's first "Will It Clog?" videos for Liquid-Plumr have helped the drain cleaner brand reverse three years of declining sales.

Liquid-Plumr has aired some funny ads over the years, but recent sales results weren’t making executives at the Clorox Co., the brand's corporate parent, smile. Turning to influencers has changed things, though, as Editor at Large Jack Neff writes in the latest case study for Ad Age Studio 30, reversing more than three years of sales and share declines.

Interpublic’s FCB remains creative agency of record, as it’s been since a broader agency review in 2016. But its first campaign for the brand in 2017—featuring various people, backs to the camera, each revealing a quarter-moon rising above their pants, with the tagline “There’s a Plumr in all of us”—didn’t help sales.

In July 2018, Liquid-Plumr was left with about half the marketing budget after putting nearly $13 million behind TV alone for the prior campaign, according to iSpot.tv. Shifting to more cost-efficient digital marketing and influencers was in part borne of budgetary necessity, says Bryan Clurman, who works on brand engagement for Clorox.

The influencer work was guided by an idea that blended FCB's “nothing tougher” tagline with the idea of extreme challenges. The “extreme” part stemmed from Clurman noticing a Land Rover parked illegally outside his San Francisco garage one day and realizing that people drive such vehicles because of their reputation for handling the extreme—whether conditions warrant it or not.

Reach Agency led the influencer search, which orchestrated a YouTube influencer bake-off in September 2018 between HellthyJunkFood, who stuffed a giant lava cake into a sink to see if Liquid-Plumr could unclog it, and Vat19, who tried a wider variety of even more outrageous clogs, including a giant wad of bacon and grease, a 2.5-pound hamburger patty and a ball of human and dog hair mixed with toothpaste. Clorox wasn’t totally re-inventing things. The “Will It Clog?” videos drew on an established YouTube “Will It…?” genre popularized originally by Blendtec blenders. And the videos are just more extreme versions of the product demos that have been a mainstay of CPG advertising for decades, Jonsson points out.

The first "Will It Clog?" video, featuring a giant bacon clog, has been viewed more than 7 million times.

Liquid-Plumr worked on all the clogs, and both influencer groups generated seven-figure views. But Vat19’s video reached 3 million views its first weekend and became a No. 11 YouTube trending video. The Clorox brand has stuck with Vat19 through two more waves of videos, bringing in some other influencer personalities along the way, with around 100 million impressions to date, 25 to 30 percent of them organic and the rest paid. Liquid-Plumr has bought almost no TV or other advertising since 2018.

But there have been unusual twists. One video last year showed Liquid-Plumr failing to work on a fruitcake drain clog. And while CPG ads never previously showed failures, Clorox and Vat19 intentionally put some into the mix to maintain suspense and believability.

“This was not intended to be the centerpiece of our marketing,” says Magnus Jonsson, global vice president of brand engagement and U.S. vice president of the cleaning division at Clorox. “We had additional campaigns lined up. As we started to see the work, we started to feel something. This was unique creative content that we felt would resonate with the target audience. We started to shift all our investment over to support the Vat19 work.”

Following its success with Liquid-Plumr, Clorox has recently expanded the influencer video challenge concept to Clorox Wipes. And a recently established group of 500 influencers now weighs in on innovations and marketing for brands companywide.