The NBA and Disney deepen ties with new ‘NBA Experience’ 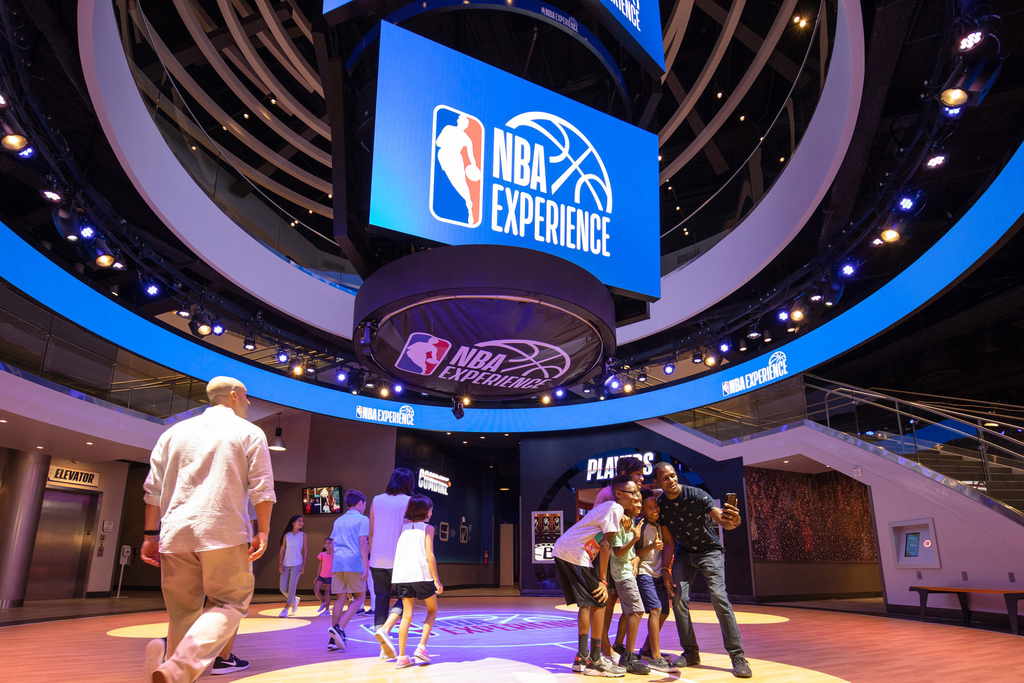 The National Basketball Association is deepening its long-standing ties with Walt Disney Co. with the opening today of the “NBA Experience” at Disney World in Orlando.

The 44,000 square-foot venue, housed at the Disney Springs dining and entertainment district, includes 13 basketball-themed, interactive activities that attempt to give fans a glimpse of what it’s like to be an NBA player. One activity replicates the NBA Draft Combine, giving fans the chance to compare their wingspan or vertical leap to NBA and WNBA players. Other exhibits allow fans to test their ball-handling skills or dunk on height-adjustable baskets.

Disney and the NBA declined to reveal financial terms on the partnership. But the venue shows how Disney, with its vast theme park and media empire, is able to offer unique assets to sports properties that other media companies are unable to bring to the table.

Sal LaRocca, the NBA’s president of global partnerships, in a phone interview said the NBA and Disney first began discussing the venue when the league last renewed its TV rights deal with Disney. The renewal, which covers Disney’s ESPN and ABC networks, was inked in 2014 and runs through 2024-25.

“If we didn’t have the media rights deal, we likely wouldn’t have had the conversation to do this,” LaRocca says.

Entrance into the venue does not come cheap: Tickets cost $34 plus tax. But the NBA and Disney are hoping the attraction offers enough appeal to entice tourists. “It will deliver what we think is a tremendous brand extension and expose the NBA on 365-day-a-year [basis] to the millions of people that come through Disney,” LaRocca says.

The venue replaces DisneyQuest, which housed video and virtual games before it shut down in 2017. Thomas Mazloum, a senior VP at Disney who oversees Disney Springs, tells Ad Age he expects the NBA Experience to have global appeal. International visitors are interested in learning about the NBA just like Americans want to experience soccer culture when they are in Europe, he says.