Nagi Noda, the Japanese artist/designer/director behind groundbreaking music videos and spots passed away on Sunday, September 7. She was 35. Noda had experienced ongoing complications related to a bad car accident last year that resulted in chronic pain. The exact cause of death was not specified.

"Beyond being a brilliant artist and wonderful talent, Nagi was one of the most incredibly unique spirits that I have known," says Sheila Stepanek, CEO/EP Partizan US, which represented Noda. "Our thoughts and prayers are with her family and friends." Stepanek says that Noda passed "in her Mark Ryden dress, Chanel boots, perfect make-up with Viktor & Rolf lace black eye lashes."

Noda was best known in the ad industry for her fantastic "Sentimental Journey" clip for Japanese pop star Yuki, which featured multiple "analog" clones of the singer and was featured in Saatchi's 2006 New Directors Showcase. Noda's body of work also included short films, sculpture and even character art like Hanpanda, the half panda/half other beast who appeared in her art exhibits and was also part of a collaboration with L.A./N.Y. fashion brand Libertine. Last year, she collaborated with painter Mark Ryden on her own fashion label Broken Label. In the spots world, she most recently directed another otherworldly commercial World of Steam for LG, out of BBH/New York. 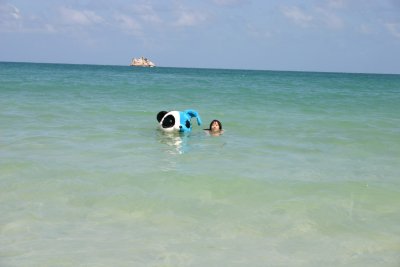 Read a profile on Noda from the March 2006 issue of Creativity.