Annoyed by Targeted Ads? Google Says It's Got You Covered | Ad Age
Skip to main content

Annoyed by Targeted Ads? Google Says It's Got You Covered 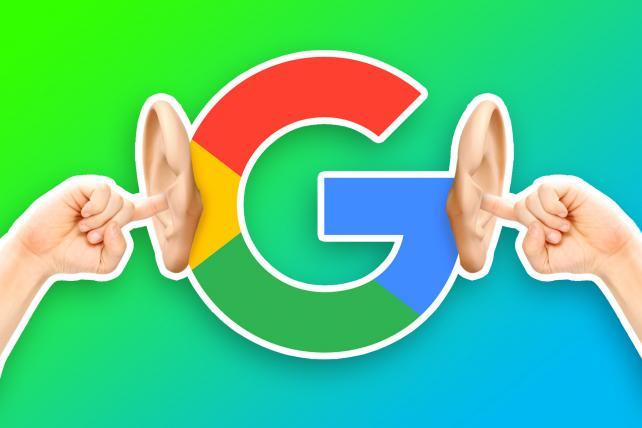 If you've shopped online you know that whatever you bought—say, flowers or a ceiling fan—is likely to follow you all over the web. It's as if marketers think you're starting a collection.

While Google's Mute This Ad program was insituted in 2012 to address this—providing users the ability to control the ads they see and signal which ads aren't interesting to them—it was applicable only on invidividual devices. On Thursday, however, Google announced an update: Mute This Ad will now allow users to keep ads from following them across all devices.

Google is also expanding Mute This Ad to work inside apps and websites that partner with Google through DoubleClick (which is nearly every publisher on the planet).

The move underscores the gradual shift happening with consumer data, as marketers lose some control in how and who they can target through efforts like the EU's General Data Protection Regulation (GDPR).

In a blog post, Jon Krafcik, group product manager of data privacy and transparency at Google, says the company plans to expand the controls for its other offerings, such as YouTube, search and Gmail.

Users will be able to block all "reminder ads" from specific advertisers, the post says, but if users visit their websites again after 90 days, the ads could be back. Ads will be muted forever if the user is signed into his or her Google account.

"This is a natural part of the vacillation of control between advertisers and consumers," Ben Clarke, co-founder and president of digital agency The Shipyard, says about Google's program expansion. "Over time, I expect consumers to get more and more control over the ads they see."

Clarke believes consumers will ultimately have access to a "virtual CRM" of advertisers, which will empower them to select which advertisers can communicate with them. "This would be different than the CRM of today, which controls how brands speak to consumers," Clarke says. "Essentially, the roles will get reversed."

Facebook offers a similar program, called Ad Preferences, and Clarke believes both companies realize they need to be protective of their product, which is basically people's personal data.

"I think they want to be seen on the side of consumers, protecting them from ads they don't want to see, rather than being seen as a company that sells our data to the highest bidder," Clarke says.

Meanwhile, the GDPR program, which goes into effect May 25, will require publishers to obtain explicit consent for the ways in which they use consumers' data. It covers not only companies based in Europe, but any publisher or vendor that does business there. And its requirements might not be satisfied by the sort of little-read "check this box" user agreements commonplace today.

New updates to what ads consumers see from Google and Facebook might also be a response to GDPR, Clarke says. "Any legislation that reduces the ability of the general publisher market to use data that doesn't simultaneously address the walled gardens of Google and Facebook is ultimately helping Google and Facebook," he says. "I suspect they are trying to make sure they have the appearance of the moral high ground as this conversation expands".