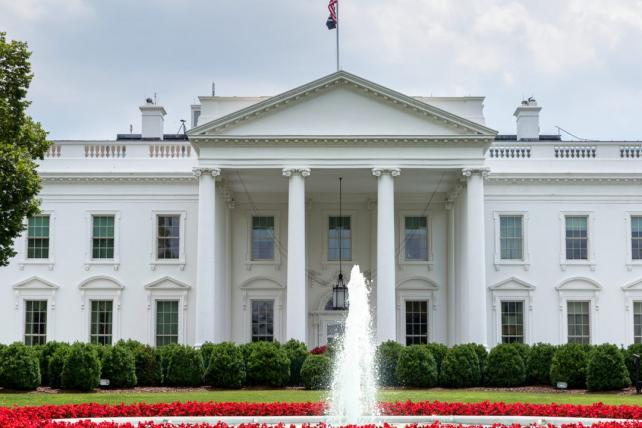 Technology industry leaders are expected at the White House for a summit Thursday to talk about emerging innovations like artificial intelligence while the effects of the administration's trade war with China loom in the background.

Pichai, who is also due to testify before a congressional panel on Dec. 11, will join the group after Trump has repeatedly accused his company of systematically biasing search and news results against conservatives--a charge with little evidence but one that other Republican politicians have picked up. The Alphabet Inc. unit is also under fire for its project to build a censored search engine for China, which Pichai has insisted is only exploratory.

The White House hasn't said who will attend the meeting from the administration, including whether Trump will make an appearance. The invitation is signed by "Jared/Ivanka/Michael/Chris" --presumably Trump son-in-law Jared Kushner, a senior adviser to the president; and daughter Ivanka Trump, an assistant to her father; plus top administration tech officials Michael Kratsios and Chris Liddell.

Major topics among "emerging technologies" will include artificial intelligence, 5G and robotics, according to a copy of the invitation obtained by Bloomberg.

IBM said Rometty would focus on AI that is both ethical and transparent, the need for more collaboration between government and industry on developing the technology, as well as the "urgency of modernizing skills training and education."

At a May summit with officials from more than 100 companies, Kratsios assured those assembled of the administration's hands-off regulatory approach to AI, but tech leaders have continued to press for more research-and-development funding and a more focused education strategy.

Mollenkopf will likely talk about his company's push into the next major improvement of mobile phone technology, called 5G, or fifth generation. Qualcomm and several major U.S. wireless carriers this week announced their plans to bring 5G service to the market in the first half of 2019.

The world's largest smartphone chipmaker has already benefited from the government's interest in keeping leadership of this firmly in U.S. hands. Earlier this year, Qualcomm was the subject of a hostile bid by Broadcom Inc. which foundered when the Committee on Foreign Investment in the U.S., or CFIUS, stepped in.

While the administration's trade war with China isn't on the agenda, it's among the most pressing concerns for the technology industry and likely to come up as officials in Washington, Beijing and Silicon Valley try to figure out exactly what was settled Saturday in the supposed dinner détente between Trump and Chinese President Xi Jinping.

Another potential topic could be the government's plans to tighten restrictions on exports of new technologies due to national security concerns. The list of affected products could include quantum computing, speech recognition, cloud AI and other technologies that provide major avenues toward business in China.

In general, Trump has had an uneasy relationship with liberal Silicon Valley. At a December 2016 meeting with tech CEOs while he was president-elect, Trump cast himself as an ally to the sector, but he has since feuded with Google, social media platforms such as Facebook Inc., and Amazon.com Inc. Many tech executives have publicly criticized Trump's anti-immigration rhetoric and policies.

Still many in tech leadership have reconciled themselves to the administration amid its pro-business bent, and older technology companies such as Oracle and Microsoft, with long records of government business, have mostly flown under Trump's radar. The companies continue to pursue government business and both are seeking to win the Pentagon's massive cloud-computing contract, for which Amazon is seen as the front-runner.