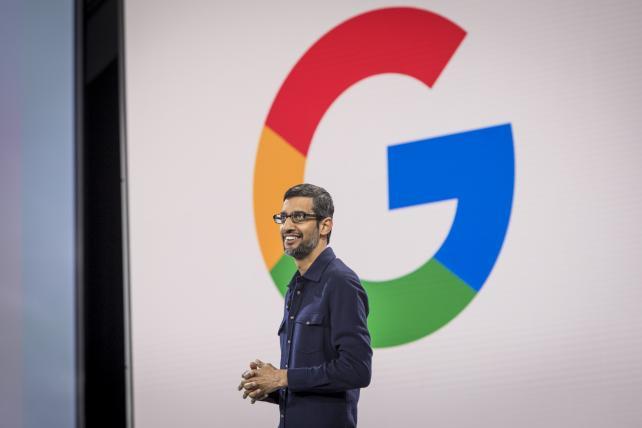 Alphabet's Google distributes mobile apps for children that are inappropriate for young people and may violate children's privacy laws, according to a complaint from 22 consumer and privacy groups.

Kids' apps in the Play store on the company's Android devices can expose children to ads showing alcohol or that promote gambling, while game play might depict dangerous acts, according to the complaint, which was filed with the Federal Trade Commission. The complaint was based on a survey of 75 apps from a variety of developers.

"We're repeatedly confronted with examples of tech companies that are just not doing enough to protect consumer privacy," said Democratic Senator Tom Udall of New Mexico in a statement from the coalition. "I'm particularly concerned about what this failure means for our children."

The move follows an October complaint to the FTC from two consumer groups against the apps themselves. And reports of inappropriate content aimed at children on the company's YouTube video platform have become yet another frontier in the debate over digital platforms' responsibility for third-party content.

While tech platforms generally aren't liable for outside content, they do have an obligation to honor their privacy practices, which are enforced by the FTC.

The FTC already has Google under a 20-year consent decree over privacy violations that the company signed in 2011. That agreement resolved allegations that it used deceptive tactics and violated its own privacy policies in introducing the now-defunct Buzz social-networking service in 2010.

The decree bars Google from misrepresenting how it handles user information and requires the company to follow policies that protect consumer data in new products.

The complaint could lead the FTC to press Google into a new consent decree to change its App store practices, creating a new industrywide standard for kids, according to Jeff Chester, executive director of the Center for Digital Democracy, which signed onto the complaint. Chester was a key force behind the passage of the Children's Online Privacy Protection Act in 1998.

It's "past time for the Federal Trade Commission to crack down to protect children's privacy," said Udall, who didn't sign on to the complaint, but has called on the FTC to investigate apps because of past complaints.

The company has previously said that developers of apps appearing on Google Play must adhere to restrictions on content and ads and disclose if an app features advertising or offers in-app purchases. Still, Google has said there are "technical limitations" to its ability to monitor apps' data practices once they pass initial screenings.

On Wednesday, a company spokesperson said Google works hard to protect kids online and that it would continue to take action when apps violated strict policies on content, privacy or advertising.

The complaint cites an app aimed at 6- through 12-year-olds that offered a promotion for a game that encouraged the kids to "Find 11 beer glasses." Another app aimed at kids under 8 had ads for multiple gambling games, the complaint says.

A medical-themed game told kids "to pry open the patient's eyes with clamps and use tweezers to pick out eyelashes" and depicted sharp instruments hovering over a pair of cartoonishly red, swollen eyes, according to the complaint, while a babysitting game directed users to change a baby's diaper and "wipe the child's genitals with a cloth."

Other apps may violate Google's ban on "disruptive ads," the complaint claims, alleging that some also "unfairly pressure young children to make in-app purchases." The handling of kids' data by several apps also likely violates the Children's Online Privacy Protection Act, it says. Google's guidelines for developers of apps for young people require that they certify compliance with the 1998 law.

"As one of the world's leading providers of content for kids online, Google has placed the enormous profits they make from kids ahead of any concerns for their welfare," Chester said.