Third-quarter revenue rose 52% to $678.7 million
READ THIS NEXT
11 of the most creative brand monolith memes 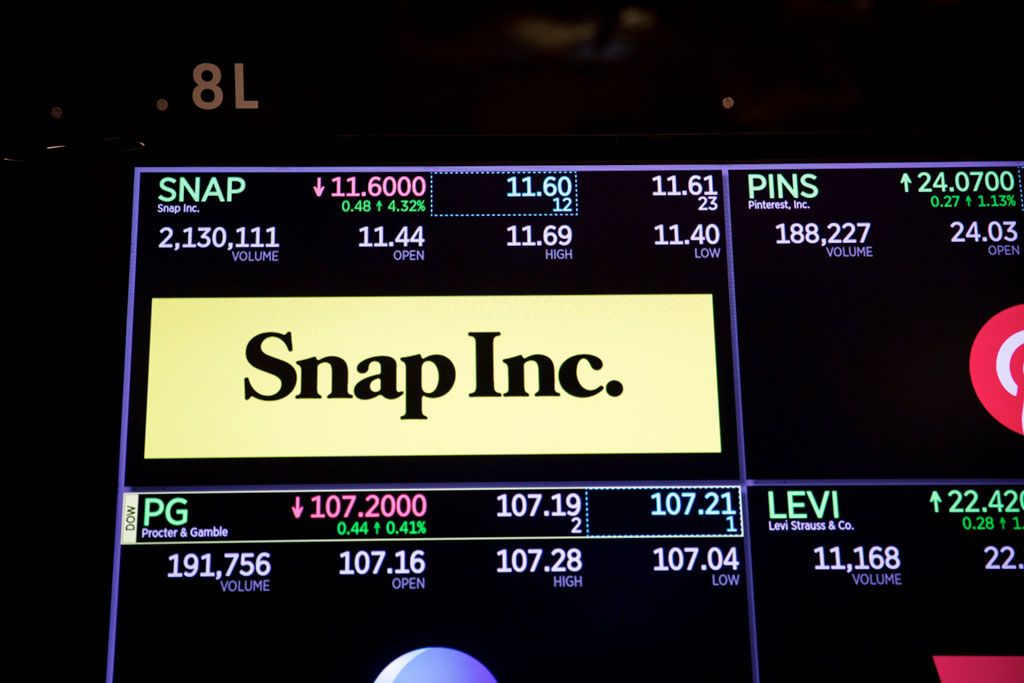 Snap Inc. reported quarterly revenue and user growth that topped analysts’ estimates, lifted by advertisers’ stepped-up spending and consumers’ increased use of their phones for messaging and entertainment during the pandemic. The shares soared in extended trading.

Snap has recovered from its early struggles as a public company. The Snapchat app, once dysfunctional on Android phones, is growing faster in Android-dominant markets like India now that those issues are fixed. Features on the app that originally seemed like they would be just for fun—like animated overlays on photos and videos—are becoming increasingly serious tools for advertising and communication as the COVID-19 outbreak limits in-person interactions.

Although Snap had previously warned that the pandemic would curb revenue from falling advertising opportunities, such as movie launches and back-to school sales, those slowdowns didn’t materialize. A lag in TV production only meant more people tuning into Snapchat’s in-app shows, the company said.

“If people are not seeing each other on a daily basis, they’re relying on these tools to communicate more every day,” said Ron Josey, an analyst at JMP Securities, in remarks before the results were released. It didn’t hurt that Snapchat has dodged the political scrutiny hitting its social-media competitors, he said. “The negative headlines around TikTok and Facebook I imagine have benefited Snap.”

In the third quarter, civil rights groups successfully encouraged hundreds of consumer brands to temporarily boycott advertising on Facebook, the largest social network. The Trump administration also threatened a ban and mandated a sales process for the U.S. operations of TikTok, the video app that’s competing with Snapchat for time and attention among young people. Both actions forced advertisers to re-evaluate how they were spending their money on social media.

In the third quarter, Snap’s net loss narrowed to $200 million, or 14 cents a share. Excluding some costs, the company had a 1-cent per-share profit, compared with the 5-cent loss analysts predicted. The company’s shares gained about 16% in extended trading, after closing at $28.45. The stock is up 74% so far this year.