Sievert, as CMO and later as COO, was the brains behind many of the company’s popular initiatives 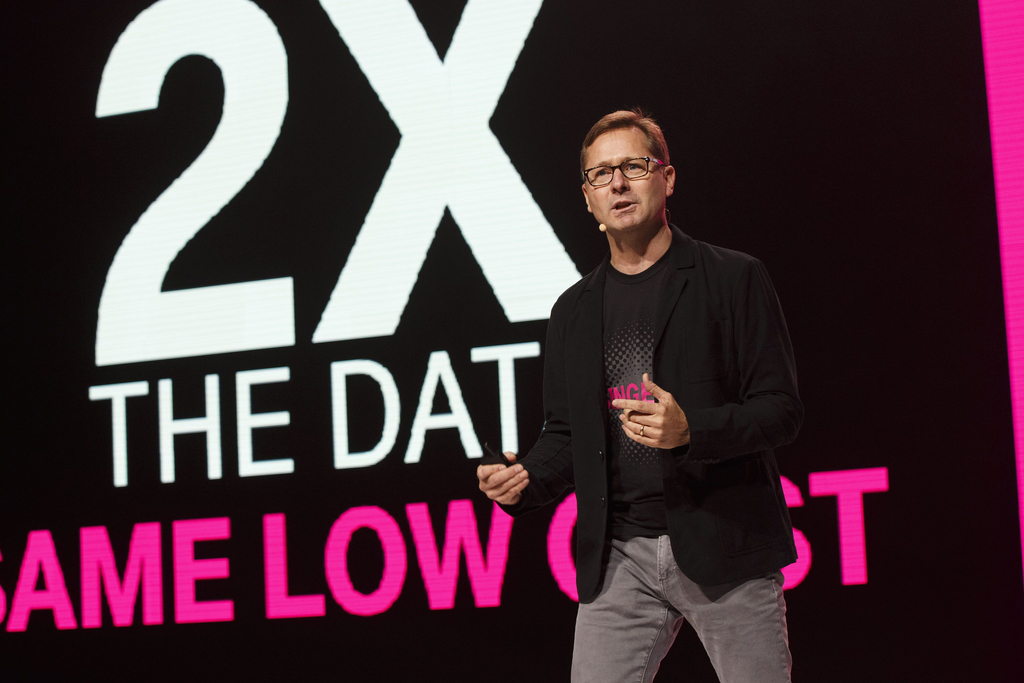 T-Mobile US said President and Chief Operating Officer Mike Sievert will take over May 1 from John Legere as CEO, with the company promising continuity as the driving force of its recent success departs.

Legere, 61, the shaggy-haired, self-appointed industry rebel who led T-Mobile out of fourth place among wireless carriers to the brink of a merger deal with Sprint, is leaving April 30 at the end of his current contract but will remain a board member. The move is a long-planned transition.

“As the architect of the Uncarrier strategy and the company’s complete transformation, John has put T-Mobile US in an incredibly strong position,” said Tim Hoettges, CEO of parent Deutsche Telekom AG and chairman of T-Mobile US, in a statement. “I have the highest respect for his performance as a manager and as a friend, I am very grateful to him for the time together.”

T-Mobile slid 1.7 percent to $76.71 in early trading. Legere had been rumored to be a candidate for the CEO job at WeWork, but a person familiar with the matter said last week that he was sticking with his current role for now. It’s unclear if the April timing could put him in the running for that job.

Sievert, as CMO and later as COO, was the brains behind many of T-Mobile’s popular initiatives. In his seven years at the company, he ran the “uncarrier” campaign, which featured no contracts, unlimited data plans and free taco Tuesdays. The promotions helped attract millions of new subscribers.

“In the months ahead, my focus will be on ensuring a smooth leadership transition and continuing to work closely with the board and Mike to complete the Sprint transaction,” Legere said in the statement.

With 6.5 million Twitter followers and an audience of millions for his #SlowCookerSunday shows, Legere isn’t your typical corporate cat.

His social media presence and edgy underdog marketing plan aimed at giants AT&T and Verizon, which he dubbed “dumb and dumber,” connected with consumers. Legere has nearly four decades of phone-company experience, including serving as CEO of Global Crossing after it emerged from bankruptcy protection.