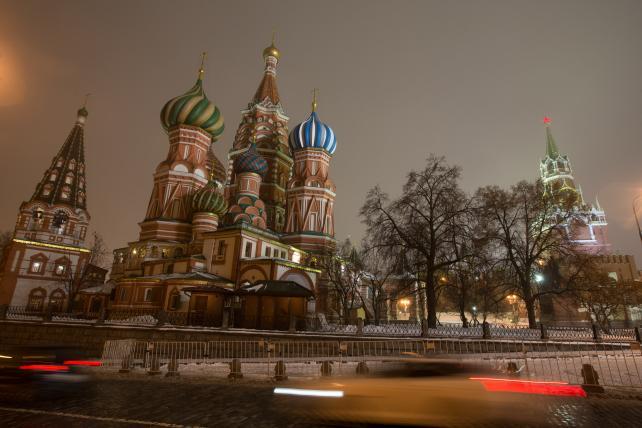 The Twitter and RT feud escalated on Thursday, with both companies trading accusations of dirty dealings during the election.

Twitter said it will no longer sell ads to the news outlets RT or Sputnik, citing U.S. concerns that they are propaganda arms of the Kremlin.

RT, formerly Russia Today, blasted Twitter for its criticisms, especially over its use of the platform during the election, and said Twitter had tried to partner with the media outlet.

"The goal of this disclosure is to provide the facts: that RT has never been involved in any illegal activity online, and that it never pursued an agenda of influencing the US election through any platforms," RT's deputy editor in chief, Kirill Karnovich-Kalua, said in a post online.

RT released a pitch presentation from Twitter inviting it into a media program to cover the U.S. elections. The mission of the proposal was "to deliver an unbiased point view [sic] of the U.S. Elections with an edge utilizing the powerful technology of Twitter to distribute the message in real time," according to the screenshots of the offer RT posted.

"Early this year, the U.S. intelligence community named RT and Sputnik as implementing state-sponsored Russian efforts to interfere with and disrupt the 2016 Presidential election, which is not something we want on Twitter," Twitter's public policy team wrote in a blog post on Thursday, justifying its decision to "off-board" ads from all accounts belonging to RT or Sputnik. "This decision is restricted to these two entities based our internal investigation of their behavior as well as their inclusion in the January 2017 DNI report. This decision does not apply to any other advertisers."

"This decision was based on the retrospective work we've been doing around the 2016 U.S. Election," the post says.

Twitter said it would donate all the money it has ever made from RT's ads, $1.9 million since 2011, and direct it to researchers who study the use of Twitter in "civic engagement and elections."

The proposed media deal from Twitter appears to be a standard offer of technology and consulting services to help publishers post more to the service. Twitter has many high-profile media partnerships, including one with Bloomberg, which is building a 24-hour live news channel on the platform. Twitter benefits from the advertisers that sponsor publishers and from the residual ads bought to boost messages.

RT is active on almost every platform, including Facebook. The New York Times recently wrote an in-depth report on how YouTube had been a close RT partner for years. An Ad Age report looked at how top brands still have ads appearing on RT, even P&G, which has been promising greater scrutiny of the venues for its digital ads.

Only recently has fear that foreigners used social media to divide Americans during the election turned a critical spotlight on RT and its fellow Russian site Sputnik.

Leaders of Facebook, Twitter and Google will testify on Capitol Hill next week about the illicit activity they have uncovered so far. They are worried about the possibility of federal regulators crafting new laws to regulate political advertising on their platforms. Three Senators have already introduced a bill to require more disclosure from digital political ads.

Twitter said this week that it will start naming advertisers and showing what ads they are running as part of a new transparency push.

Facebook is expected to take similar transparency measures in the coming weeks, disclosing all election ads and the groups behind them.