'Sunnyside' down, or why TV's cancelation culture has been un-canceled | Ad Age
Skip to main content

'Sunnyside' down, or why TV's cancelation culture has been un-canceled 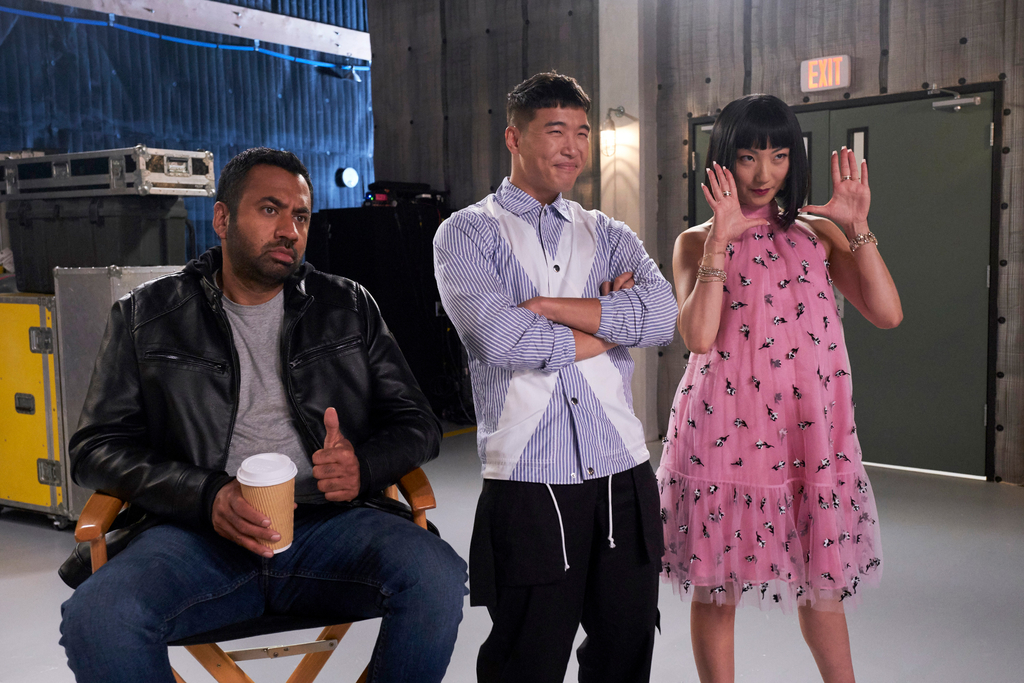 'Sunnyside' failed to live up to buyer expectations.

Cancelation culture is canceled, at least as far as the broadcast networks are concerned, but NBC’s decision to yank the flailing “Sunnyside” from its primetime schedule is a reminder that Job One of ad-supported TV is to deliver commercial impressions. Regardless of how the decision is framed by the programming department, a new series that fails to meet even today’s degraded ratings benchmarks must be removed from the sales calculus before it becomes an even greater liability.

One of NBC’s two new Thursday night comedies, “Sunnyside” failed to live up to buyer expectations from the jump. After debuting Sept. 26 to 1.77 million viewers and a record low 0.4 rating, the ensemble comedy continued to put up impracticable numbers. Last Thursday’s episode eked out 1.18 million viewers, of whom only 388,000 were members of the advertiser-coveted demo; all told, the three installments of “Sunnyside” that have aired to date averaged 464,000 adults 18-49, roughly half of what buyers hoped the show would deliver over the course of its planned 10-episode run.

And while NBC was quick to report that delayed viewing has helped pad the “Sunnyside” demos—in a statement, the network said the show generates “substantial increases through digital and linear delayed viewing, which has expanded the 18-49 audience … by 150 percent”—those gains are of minimal importance to the show’s advertisers. As much as three weeks of DVR playback may have boosted the “Sunnyside” pilot’s initial 0.4 live-same-day rating to a 1.0, that growth had little bearing on the show’s commercial impressions. Per Nielsen, the “Sunnyside” premiere’s C3 rating came in at a 0.5, as the majority of those who watched the show on their own schedule elected to skip through the ads. Because that’s precisely why people use DVRs in the first place.

Because outright cancelation is a relic of a bygone era—the last scripted freshman series to get eliminated altogether in the midst of its fall run was ABC’s “Wicked City” in 2015—“Sunnyside” is perhaps less a dead show walking than a vampire that’s been remanded to a digital sarcophagus. After NBC airs the final broadcast episode tonight, the remaining half-hours will be made available to stream on a weekly basis via the NBC app and the network’s other digital platforms.

If the effective demise of “Sunnyside” has forced NBC to accelerate the rollout of the final season of “Will & Grace”—the rebooted comedy will slip into the vacated time slot on Oct. 24—the rushed switcheroo presents an opportunity to shore up the 10 p.m. lead-in while taking in a few extra dollars. With an average unit cost of $113,181, a fully loaded “Will & Grace” could generate around $1.2 million in ad revenue per episode, or as much as 40 percent more marketing bucks than “Sunnyside” managed in its brief stay.

Sending “Sunnyside” packing also may serve to alleviate some of the erosion in the final hour of prime. Since being paired off with “Sunnyside,” the veteran procedural “Law & Order: SVU” has fallen 33 percent versus the year-ago period, for a net loss of 428,000 adults 18-49 per episode. While things are tough all over, it’s perhaps worth noting that at this juncture last season, “Law & Order: SVU” ratings were down 15 percent. In other words, as much as no one expects “Will & Grace” to scare up huge numbers at 9:30 (the show pulled a 0.7 demo last season), even abject mediocrity is a better companion for Dick Wolf’s landmark procedural than what is now the lowest-rated series on the Big Four.

Of course, there are no quick fixes for NBC’s Thursday night lineup, a bed of green shoots that don’t get much light in the shadows cast by everything else on the broadcast dial. As much as the end of “The Big Bang Theory” has depleted CBS’s comedy block—its Thursday deliveries are down 31 percent year over year, while the core adults 25-54 audience has dwindled by 40 percent—the Tiffany network is still serving up more than twice the commercial impressions that come NBC’s way on the same night. Meanwhile, Fox’s “Thursday Night Football” is drawing two times as many demographically desirable viewers as are NBC, CBS and ABC combined.

If it’s difficult enough to grow share on a night when demo ratings are already down 18 percent compared to the year-ago period, it’s another thing altogether to generate gains from such a diluted base. Not only does NBC’s Thursday schedule feature two of the three lowest-rated shows on the Big Four—freshman comedy “Perfect Harmony” is another likely candidate for digital relocation, should NBC choose to accelerate the return of “Brooklyn Nine-Nine” or the launch of newcomer “Indebted”—but those already underperforming shows must contend with another eight weeks of head-to-head NFL competition.

NBC somewhat redundantly says it sees “huge opportunity for potential on the digital side for ‘Sunnyside,’” and perhaps the show will find a wider audience as a streaming property. But if in-house promotion is anything to go by, NBC didn’t seem to be tremendously enthused about the project from the get-go.

According to iSpot.tv data, NBC ran a total of 43 standalone promos for “Sunnyside” on its own air and across nine Comcast-owned cable networks, while spending around $250,000 for 56 units spread across four third-party cable outlets. At the same time, “Perfect Harmony” promos have aired 1,368 times on various NBCU networks (including eight marquee spots in “Sunday Night Football”), and some $1.7 million has been budgeted toward running 294 show promos on 25 non-affiliated cable channels.