With bars and parties in the mix, Super Bowl audience improves to 112.7M viewers | Ad Age
Skip to main content

With bars and parties in the mix, Super Bowl audience improves to 112.7M viewers

NFL snoozer is, maybe, the third-biggest broadcast in history
READ THIS NEXT
Peacock inks exclusive deal with WWE Network 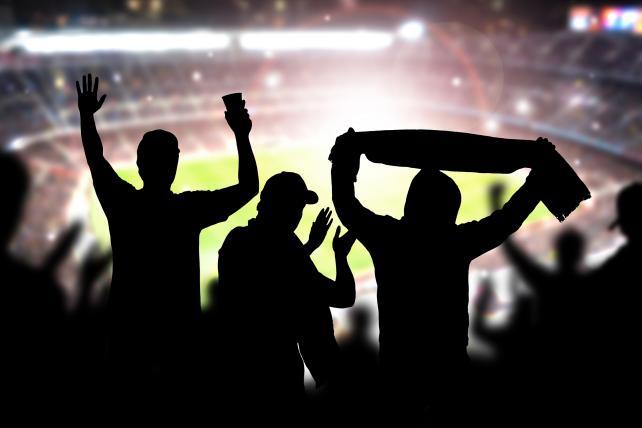 Out-of-home deliveries tacked on another 12 million viewers to CBS's Super Bowl LIII audience, bringing the broadcast's overall viewership to 112.7 million. Such is the state of ratings measurement that the game now stands as both the least-watched Super Bowl in 11 years and the third most-watched U.S. television event of all time.

As we noted on Monday, the business of counting the house on Super Sunday has become complicated by the rise of streaming and the ontological fuzziness of the out-of-home numbers. While ESPN first began transacting against viewership in bars, restaurants, hotels and other public venues in 2016, out-of-home deliveries have yet to be incorporated into an all-inclusive currency. As such, the numbers are freighted with an asterisk.

Dismiss the out-of-home numbers and Super Bowl LIII averaged 100.7 million linear TV and streaming viewers, leaving CBS with the smallest turnout for the NFL championship tilt in a decade. Agree that the out-of-home deliveries are just as valid as the traditional living room eyeballs and the Pats-Rams snoozer trails only last year's broadcast (118.2 million, from soup to nuts) and Super Bowl XLIX, which served up a TV-only crowd of 114.4 million viewers. Both games aired on NBC. As it happens, the Peacock last year also added 12 million out-of-home viewers to its preliminary Super Bowl tab.

Because the networks don't furnish ratings guarantees to the advertisers who buy time in the Super Bowl, CBS is in no way on the hook for any audience deficiency units/makegoods. In fact, the final Nielsen results are now Fox's problem (or opportunity), as it begins taking Super Bowl LIV to market. But which number will Fox point to when looking to establish a base unit cost for next year's Big Game?

Fox is also a subscriber to the out-of-home data—it signed on a few months after airing its most recent Super Bowl—and as such will make a case next February for its own OOH deliveries. But because many media agencies still don't recognize the OOH impressions, the ancillary data is not a factor in determining the sticker price for Super Bowl inventory. In other words, CBS's 100.7 million TV-plus-digital impressions will play a more significant role in pricing Super Bowl LIV than will the friends' home/bar/restaurant deliveries that boosted CBS's total to 112.7 million viewers.

However history decides to contextualize the Super Bowl LIII ratings, it's worth noting that no matter the tally, CBS is all but assured of bragging rights to the year's No. 1 broadcast. To date, the second most-watched program of 2019 was CBS's coverage of the AFC Championship Game (53.9 million viewers), while this week's State of the Union Address commands the No. 3 slot.

When asked which stat should be entered into the official ratings record book, CBS President and Chief Revenue Officer Jo Ann Ross last month elected to punt on addressing any Nielsen-related queries. Ross said she couldn't weigh in on the matter while CBS and the ratings giant were still embroiled in a contractual impasse.

Aptly enough, CBS's beef with Nielsen had to do with its dissatisfaction with the company's cross-platform measurement. In early January, CBS issued a statement noting that "while Nielsen has made some strides in this area, progress has not been what we, and many clients, would like." The two sides came to terms 11 days after CBS's original deal with Nielsen had lapsed, or roughly 24 hours after Ross spoke to reporters at the network's Super Bowl Media Day.

According to Nielsen's half-hour ratings, Sunday night's game began with a slightly depressed tune-in versus the year-ago game, as about 3.6 million fewer viewers were tuned in to CBS at the kickoff than were teed up for the Eagles-Pats brawl. Whereas deliveries for this year's broadcast looked like a flattened bell curve, with viewership rising from 94.9 million to 102 million TV spectators at the midway point before sliding down again as the second half rolled on, Super Bowl LII charted like the far end of a hockey stick graph. Ratings for the frenzied, high-scoring game in 2018 rose steadily throughout the night, with deliveries topping out at some 109.2 million viewers in the final minutes.