The little search engine that could ... save the planet? | Ad Age
Skip to main content

The little search engine that could ... save the planet?

For every 45 online searches, Ecosia plants a tree. It's a powerful approach that is starting to take root around the world
READ THIS NEXT
10 ways to virtually celebrate Martin Luther King, Jr. this holiday weekend 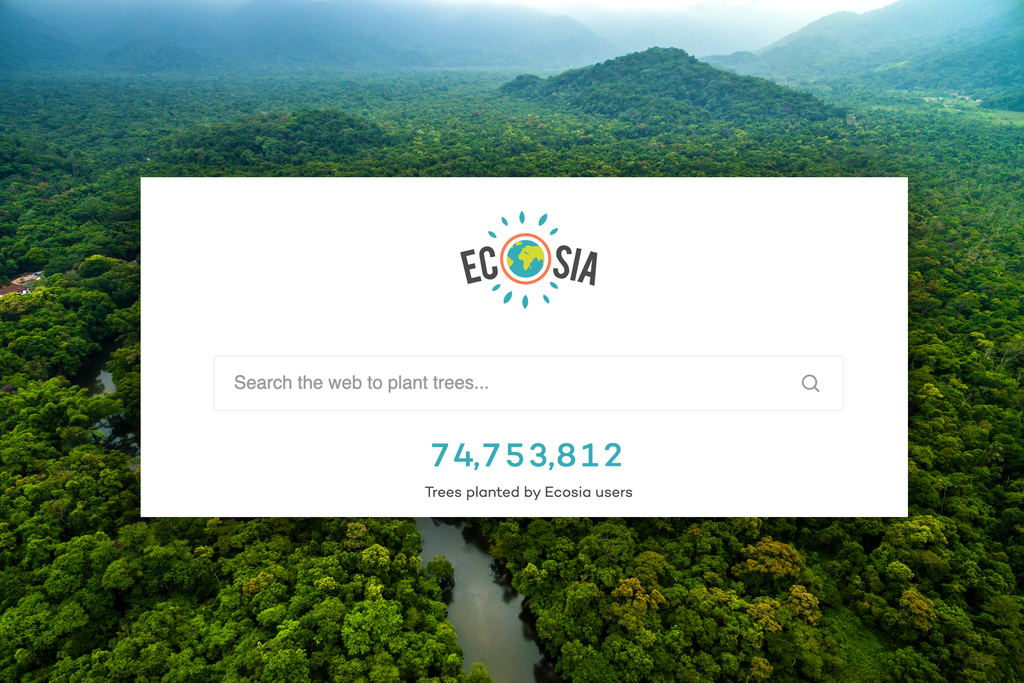 When fires raged across Brazil this summer and deforestation rates reached startling highs, users began downloading a small German search engine in a modest effort to counteract the devastation.

Ecosia GmBH, a Berlin-based alternative to Google, donates as much as 80 percent of the profit it makes from running ads alongside search results to plant trees around the world.

As awareness increases around the impact of climate change—from floods wiping out harvests or droughts forcing water restrictions—Ecosia says it’s attracting more users as a result.

“It’s easy to underestimate the massive impact that planting trees can have, with reforestation found to be the cheapest and most immediately effective weapon in the fight to save the planet,” Chief Executive Officer Christian Kroll said in an interview.

The company says searches on its service have increased 82 percent compared to last year, as people become increasingly conscious of climate issues, aided in part by teenage activist Greta Thunberg. On Aug. 22, installs of Ecosia jumped 1,150 percent up from daily average figures, as news outlets around the world reported about the Amazon fires in Brazil.

On average, every 45 searches on Ecosia generates enough profit to plant one tree, which costs $0.25, Kroll said. Alongside its tree-planting, the company also has a program in Brazil to prevent the spread of forest fires, paying local firefighters to snuff them out and educating people in those areas to not start them in the first place.

Kroll said he started trading stocks at age 16 and studied business administration in college, before he decided to shift course after extended trips to India, Nepal and Latin America, where he was exposed to poverty and mass extinction.

He used his earnings from trading to launch Ecosia 10 years ago, which has since grown to bring in revenue of more than 9 million euros ($10 million) last year. It now has more than 8 million active users, according to a spokesman, allowing the certified benefit corporation to plant more than 74 million trees around the world, including in Brazil, Madagascar, Burkina Faso and Indonesia.

The company says it targets tree-planting in biodiversity hotspots to protect as many plant and animal species as possible. It works with local organizations to plant trees that target the local community’s most urgent needs, like providing jobs, firewood, food or fertile soil.

Unlike Google, Ecosia doesn’t target ads to users, though doing so could earn the company more money to plant trees. It says it also aims to protect user privacy as much as possible by not tracking its users or selling their data to advertisers and by encrypting their searches.

Another possibility it’s mulling for the future: a personal assistant with a green conscience. “But without being too annoying,” Kroll said.