Also, 'The Bachelor' has a new pop-up and CES backlash continues over Trump (not that one)
READ THIS NEXT
Sesame Street cereal and brands’ fun with the Utah monolith: Wednesday Wake-Up Call 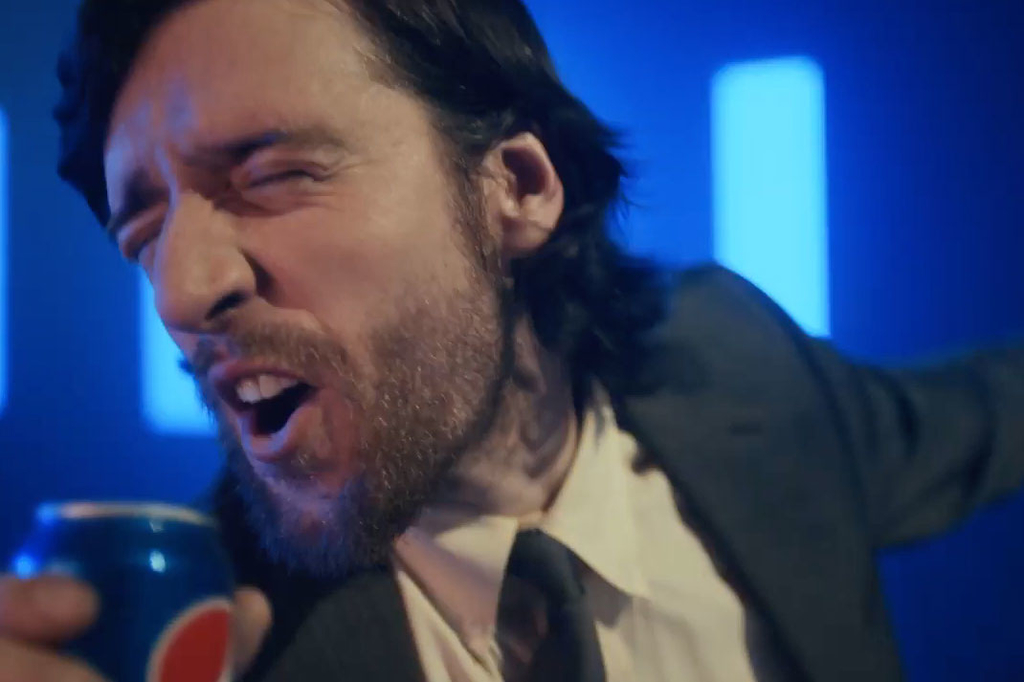 Don't apologize for what you like
Pepsi’s been a lot of things over the years if you judge by its taglines: The choice of a new generation, or just plain joyful. But now the brand is adopting a new phrase it promises to stick to for all its varieties including regular Pepsi, Pepsi Zero Sugar and Diet Pepsi: “That’s what I like.” The U.S. campaign, from Omnicom Group’s Goodby Silverstein & Partners and Alma, includes five national TV ads “that show people breaking into dance during everyday situations, like riding on a subway or grilling out,” writes Ad Age’s E.J. Schultz. Pepsi Marketing VP Todd Kaplan told Schultz that the ads are intended to appeal to people “who are comfortable in their own skin [and] enjoy life unapologetically without really worrying about what other people think.” The company says the approach should appeal to Pepsi loyalists. No word on Pepsi’s plans for Super Bowl yet, but it’s sponsoring the halftime show headlined by Jennifer Lopez and Shakira. You can keep track of who’s in and out of the Big Game by bookmarking our continually updated Super Bowl coverage here.

It’s here
As of this week, the legislation that marketers have been girding for—California’s Consumer Privacy Act—is a reality. The law significantly strengthens consumer rights in how their data is collected and used, and it’s poised to have the largest impact on digital advertising since the introduction of the iPhone. Under the act, every website must include a “do not sell my personal information” button and consumers can also tell tech companies, publishers or brands to delete their data. People may also opt out from a company’s terms of service without losing access to its offerings—such as loyalty rewards programs—unless a “fair” value exchange is made. As it stands, the California attorney general has yet to clarify many aspects surrounding CCPA, including what “fair” means, which may prompt airlines and retailers to abandon their loyalty rewards offerings altogether. The new law won’t be enforced until July, but the attorney general can punish those who were found in violation after Jan. 1. And while companies scramble to achieve compliance, it’s more than likely that CCPA will be replaced by a newer, stricter law later this year. Click here for a look at how brands have been preparing.

CES flap rolls on
Now that we're well into January, all the goodwill and harmony of the past few weeks has fully given way to familiar ground for adland: controversy.

CES, the annual tech extravaganza that everyone loves to hate, took a lot of heat last year for a disappointing dearth of female keynoters, both from the activist group Gender Avenger and a parade of bold-faced-name marketers including former Pepsi Beverage Group President Brad Jakeman; Antonio Lucio, at the time HP’s CMO and now Facebook’s global CMO; and Kristin Lemkau, the ex-JPMorgan Chase CMO recently elevated to lead the company’s wealth management group. Lemkau notably tweeted a list of 22 names of "amazing women innovators in tech and media who would slay any keynote anywhere" that took her "less time than it took to drink coffee."

So this year, right after Christmas, CES organizers announced a woman for a top slot: Presidential daughter Ivanka Trump. The social media response was immediate, if somewhat muffled during the holidays, and hit its stride within the last two days as media picked it up and piled on. “This is a terrible choice on so many levels but also—what an insult to the YEARS AND YEARS  of protesting how few women were invited to keynote & being told it was a pipeline problem while similarly-situated men were elevated. There are so many great, qualified women. Shame,” tweeted Rachel Sklar, founder of TheLi.st.

Luma Partners CEO and founder Terence Kawaja (himself a CES speaker) threw down the gauntlet, by suggesting his own “election.” Tweeting a photo of Ivanka Trump alongside one of Mediaocean CEO Bill Wise, who is also speaking at the event, Kawaja wrote: “CES is inherently asking you to make a choice on Tuesday afternoon. Choose Wisely. @billwise.” For the record, a quick scan of speakers this year shows at least three of the back-of-the-napkin selections made last year by Lemkau: Quibi CEO Meg Whitman; NBCU Chairman, Advertising and Client Partnerships Linda Yaccarino; and Female Quotient CEO Shelley Zalis.

But wait, there’s more: here’s Ad Age’s handy list of tips for how you can crush CES.

You’re going to be graded on this
Speaking of high-level CMOs, Ad Age polled 17 of them to ask what they plan to do better in 2020 than they did last year. The responses ranged from mindfulness and increasing diversity to bravery and opening up their minds to new possibilities. But our favorites include Mastercard’s Raja Rajamannar’s “Sleep for at least seven hours a day!” and Diageo North America’s chief marketing and innovation officer Ed Pilkington, who promises to visit more bars. (O.K., we edited that last one down). Read them all here.

10 of the decade's most shocking client-agency breakups
You might be sick of year-end lists, but this one is worth a read. Lindsay Rittenhouse recaps some of the most bitter partings of the last 10 years. One of them dated back more than a century—FCB and Nivea—but today, most relationships last only about three to five years.

An 'immersive' experience
Windmills might be popularly associated with Don Quixote, but for fans of the “Bachelor” they have a whole other meaning. To promote the three-hour (yes, you read that right) premiere of the program on Jan. 6, ABC is doing a takeover of The Grove shopping center in Los Angeles by, er, erecting an actual windmill in honor of the new “Bachelor,” Peter Weber.  Ad Age’s Ethan Jakob Craft explains: “For the uninitiated: During last year’s season of ‘The Bachelorette,’ star Hannah Brown and then-contestant Weber, a commercial airline pilot, got down four times in a Greek windmill during their Fantasy Suite date (a pivotal end-of-show moment when the finalists each spend an off-camera night with that season’s suitor).” Craft reports that ABC is also running “promotional signage including a billboard and digital displays featuring Pilot Pete to greet travelers at LAX (a hub for Weber’s employer, Delta Air Lines), and also made digital ad buys at 240 malls across the U.S. to advertise the show’s return.” We'll refrain from a Delta is ready when you are joke.

Just briefly
There's more to the story: Lifetime is running a follow up to its blockbuster documentary series, “Surviving R. Kelly Part II: The Reckoning” tonight through January 4. According to The Hollywood Reporter, the first part, aired last January, “drew the best demographic ratings for Lifetime in more than two years and in more than three years for an unscripted show and were more than three times the channel's usual performance.”

Ask Rob Lowe: Diet and lifestyle program Atkins has tapped its longtime spokesman Rob Lowe to star in an ad campaign called “Any questions?” (Not to be confused with the early Partnership for a Drug-Free America ad). In the Atkins spot, the actor will respond to questions raised on social media about low-carb life. According to a press release, the buy will be more expansive than in the past, extending “for the first time beyond cable to target sports- and lifestyle-focused programming, primetime regional network television, connected TV and expanded digital media.”

Another reason to quit: U-Haul says it won't hire nicotine users, according to a CNN Business report, which says the company has 30,000 employees in the U.S. and Canada. "The policy will not apply to current employees who may smoke or use nicotine in some other manner. And the new rule won't apply to job applicants in most states," CNN says, adding, "but 21 states allow an employer to decline to hire someone based on their nicotine use, according to the company, and it will implement the policy in those states as of February 1."