The concern is higher for small companies and restaurants that specialize in dine-in, according to Aaron Allen & Associates
READ THIS NEXT
Netflix raises U.S. subscription price in sign of confidence 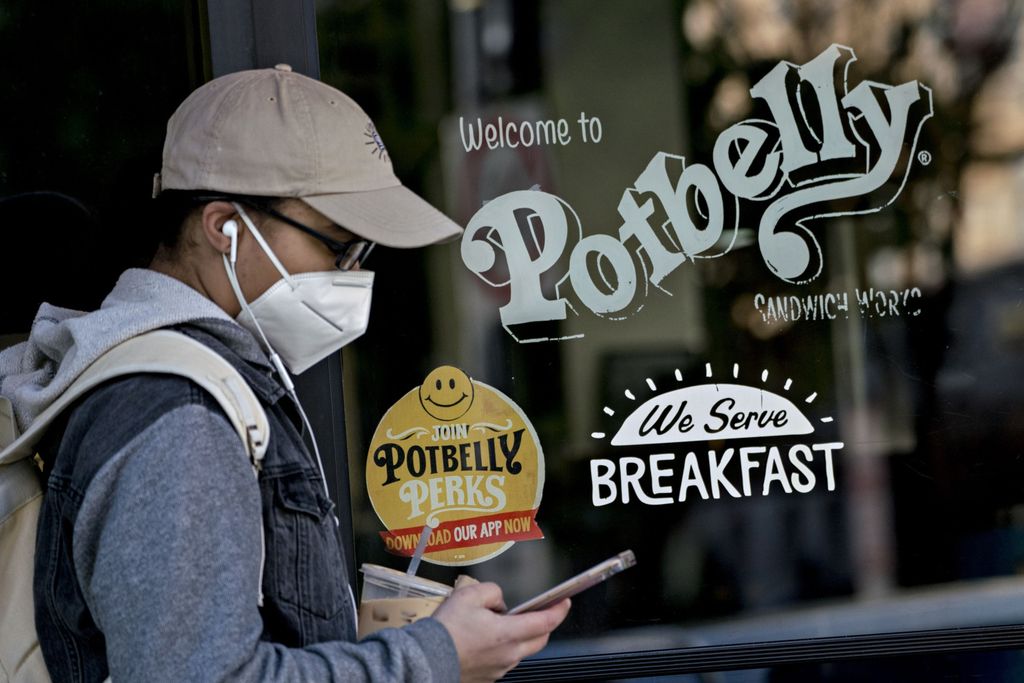 Potbelly among those identified in the study as being at greater risk.

Nearly two-thirds of publicly traded restaurants are at risk of bankruptcy as the COVID-19 pandemic continues to batter the industry, according to a new study.

The concern is higher for small companies and restaurants that specialize in dine-in, consulting firm Aaron Allen & Associates said in an analysis. It identified Bloomin’ Brands Inc., Potbelly Corp. and Chili’s owner Brinker International Inc. among those at greater risk.

“It’s really the full-service model that’s in the biggest danger,” principal Aaron Allen said. “Some of those that are in casual dining—a lot of those had already been bleeding cash, bleeding locations.”

The study paints a bleak picture for an industry already upended by broad stay-at-home orders that led to sharp declines in restaurant sales. While Americans are starting to venture out again, the dining recovery may be slow amid rising unemployment, cautious spending and ongoing concerns about health and safety.

That could create an opportunity for a lucky few companies at the top of the food chain, Allen said. Some of the largest firms entered the downturn with the financial wherewithal to survive and perhaps lead an industry consolidation. “The big will eat up the smaller and weaker competition.”

Bloomin’ Brands said it is tightly managing expenses, and fortified its finances with a recent bond offering that gave the company $470 million in liquidity. Dining rooms are starting to reopen and sales at Outback Steakhouse—the company’s biggest brand—are improving, down 38 percent for the week ended May 3, said Chief Financial Officer Chris Meyer.

“Bloomin’ Brands is among the best-positioned in casual-dining to weather this environment,” he said. “We believe we’re going to emerge from this pandemic a stronger company.”

Allen’s analysis, which calculated risk scores for 46 companies using metrics such as working capital and earnings, finds 65 percent in what it calls the “distress zone.” The at-risk companies account for about 73,000 individual restaurant locations in the U.S. and $85 billion in annual sales.

Another 22 percent of companies are in the “gray zone,” with lower potential for default but which are still not entirely safe, the analysis found.

Casual dining in particular is being hit hard as consumers, now more than ever, are opting for drive-thru and takeout. Carry-out was the biggest traffic driver in March at 37 percent, according to data from NPD Group. While the industry as a whole saw a 22 percent decline in the month, drive-thru only saw a 2 percent drop.

“There’s some serious risk out there with a lot of these companies,” said Rob Hunziker of brokerage Advanced Restaurant Sales. The restaurants most in trouble are “those focused on inside dining.”

The parent of Le Pain Quotidien filed for Chapter 11 bankruptcy protection this week after it succumbed to shifting consumer tastes and the industry shutdown. According to court filings, the New York-based chain that sells items like granola parfaits and avocado toast was under pressure even before the pandemic by the trend away from the “casual dine-in concept, with delivery and to-go sales serving as the primary driver of growth in the restaurant industry.”

The chain, operated by PQ New York, has estimated liabilities of between $100 million and $500 million on a consolidated basis, the filings show.

Others, including the parent of Logan’s Roadhouse, have cited coronavirus-related shutdowns in bankruptcy filings. Last month, FoodFirst Global Restaurants Inc., the owner of sit-down Italian-themed chains, sought Chapter 11 protection due to the pandemic that caused “massive closures,” the company said.

Even those that don’t file for bankruptcy are looking at the prospect of significant curtailments in their businesses.

TGI Friday’s Inc. expects to close as many as 20 percent of its stores in the U.S. amid massive sales drops, which have only abated somewhat since March. Business is now down by about half, compared with 80 percent when the crisis first hit, the company said.

One of the biggest challenges restaurants now face is convincing Americans that it’s safe to dine in. TGI Friday’s is taking unusual steps to lure customers in, including renting party tents to expand dining space to parking lots.

“When people are eating outside they feel much safer,” Chief Executive Officer Ray Blanchette said in an interview. Some of their stores in southern states already have patios, he said.

The difference between the restaurants that survive and those that don’t may come down to which can make customers feel most comfortable, according to Katherine Miller, VP of impact at the James Beard Foundation.

“People are going to return to places that they trust first,” she said in an email.