School says the athletic apparel maker is using COVID-19 as a pretext to end the largest sponsorship deal in the history of American college sports
READ THIS NEXT
Dunkin’ in sale talks, and Fox News wins election ad spend race: Monday Wake-Up Call 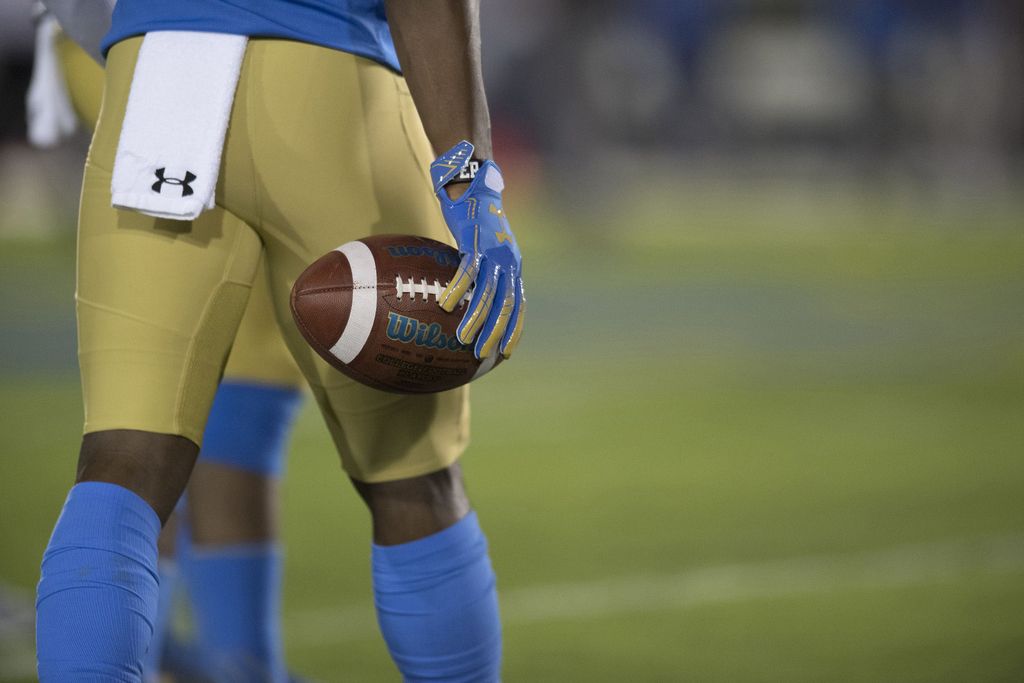 Under Armour towel and glove seen on UCLA Bruins player before playing Utah Utes at the Rose Bowl on October 26, 2018 in Pasadena, California.

UCLA is suing Under Armour, claiming the athletic apparel maker is using the COVID-19 pandemic as a pretext to end the largest sponsorship deal in the history of American college sports.

Under Armour apparently decided that its $280 million agreement with the University of California at Los Angeles, which was due to run through June 2032, was too expensive for the troubled company, the school said in a breach-of-contract lawsuit filed Wednesday in federal court in Los Angeles. The university is seeking more than $200 million in damages.

“It is unfortunate that Under Armour is opportunistically using the global pandemic to try to walk away from a binding agreement it made in 2016 but no longer likes,” Mary Osako, UCLA’s vice chancellor of strategic communications, said in a statement.

Under Armour said it was disappointed that UCLA elected to file suit and that it was confident in its position. “We sought and remain open to working out a reasonable and appropriate transition for the university, and most importantly for the student-athletes,” the company said in a statement.

According to the lawsuit, Under Armour claimed the National Collegiate Athletic Association and the Pac-12 Conference’s suspension of some sports programs due to the COVID-19 pandemic resulted in a “force majeure event,” allowing it to walk away from the deal.

Related articles
Under Armour delays payments to some of its athlete endorsers
Adrianne Pasquarelli
Behind the sports and entertainment sponsorship scramble
E.J. Schultz
Top ad lawyer on how COVID is changing sponsorship deals and what to look for if the Dems take control of the FTC
E.J. Schultz
Under Armour to ramp up marketing amid accounting probe, CEO change
Adrianne Pasquarelli

The 2016 agreement between Under Armour and UCLA surpassed the benchmarks for college sponsorships set by Nike in its 15-year deals with Ohio State University and the University of Texas, for $252 million and $250 million respectively, according to the complaint.

Baltimore-based Under Armour said last month that a pair of top executives, including founder Kevin Plank, were named in a federal probe of the company’s accounting, sending shares of the athletic-wear maker down. The company said in a regulatory filing that Plank and Chief Financial Officer David Bergman had received Wells Notices informing them that the U.S. Securities and Exchange Commission is likely to “allege certain violations of the federal securities laws” and may file an enforcement action.

“Had UCLA known that Under Armour was making false financial statements in violation of law and SEC regulation, and falsely reporting its sales from quarter to quarter, UCLA would never have entered into the agreement and/or would have terminated the agreement at a time when other similarly attractive sponsorship agreements could have been negotiated,” the university said in the complaint.

The case is The Regents of the University of California v. Under Armour Inc., 20-cv-07798, U.S. District Court, Central District of California (Los Angeles).