Marketers spend a lot selling to children but also have a duty to prioritize their well-being
READ THIS NEXT
How brands can represent people with disabilities with authenticity
Credit: iStock

It’s 2 p.m. on a Tuesday and the weather is grim. On the football pitch, 20 or so nine-year-olds are shivering in shorts and T-shirts while their teacher shouts at them to run faster, aim higher, try harder be better. One misses a goal and looks like he’s about to cry.

We all know sport is essential for children, benefiting their physical and mental health, and teaching them about teamwork, resilience, progress and patience. Studies have consistently shown that regular physical activity boosts confidence and leadership skills and active children—rather than those who spend all weekend sitting in front of a screen—are often more academically successful and socially engaged.

Register for Ad Age Next: Health & Wellness at AdAge.com/NextWellness.

But sports also have to be fun. In order for children to reap these rewards, they need to actually enjoy what they are doing. Too much pressure from those of us standing on the sidelines and physical activity can quickly become something to dread. According to recent research, one in 10 children in England dislikes all types of sport, an unacceptable but unsurprising number. Somewhere along the line, sports became about winning rather than playing, and about following the rules so as to not let other people down.

With more than two thirds of pre-teens quitting sports because they don’t think it’s fun anymore, there’s a lot at risk—and brands shoulder some responsibility here.

Advertising sports equipment to kids promising that it’ll make them a ‘winner’ and a hero to their peers is playing into the problem. We pour a lot of money into selling to children: they hold the keys to their parents’ purses, and I can’t deny the size of their spending power. But we also have a duty to prioritize their well-being.

Sport should be an antidote to the seemingly ever-increasing academic pressures kids face at school—a chance to get out of their heads—but, according to the World Health Organization, three quarters of teenagers get less than one hour of physical activity each day. If a child dreads exercising at the age of 11 or 12, studies show they’re likely to carry that reluctance over into adulthood, putting them in danger of physical and mental illnesses later in life. This, combined with ever-increasing online gaming options–a sedentary, stress-free way of communicating, making friends and ‘winning’—has resulted in a genuine health crisis. After all, if you were faced with the choice of feeling like a disappointment on the cricket pitch versus playing on the Xbox (without your mum looking over your shoulder and criticizing the agility of your thumbs), it’s a no-brainer.

The commercial ambitions of agencies and brands do not have to be in opposition to social responsibility—we just need to harness our own imaginations, and make sure we’re giving kids the tools and confidence to play, however they want. Here are four ways brands can turn the tables and put the fun back into sports for kids:

Scrap ‘winning’ when it comes to advertising equipment

Don’t promise kids that a hockey stick will make them a superstar, or a tennis racket will help them win the respect of the school champ. Instead, show them how the hockey stick doubles as a limbo pole or how two tennis rackets double up as airplane wings. So much of sports advertising glorifies winning, with “succeeding” being the end goal. This is irresponsible.

Who cares if a 10-year-old isn’t following the rules of the game as long as they’re interested, engaged and active?

Don’t assume knowledge–speak to the kids themselves

Adults have an incredibly annoying habit of assuming kids want what they wanted as a kid—or, worse, what they want now. Advertising to children is unique in that they’re the one demographic you can safely say will not be represented in the office. That sounds obvious, but it’s remarkable how many people, especially parents, assume they “know” what all children want. They don’t. Brands must visit schools and sports clubs and do the work, connecting with kids at a grassroots level rather than projecting what they think they know.

Make your campaigns active—yes, even the digital ones. Don’t advocate playing and then not play. The ‘big sell’ isn’t the product, but fun itself. As well as the purposeful impact, there is, of course, a business incentive in that it will hopefully have a lasting impact on kids’ loyalty to the brand. They’ll associate the brand with fun, no stress or pressure and want to engage with it.

Finally, it’s integral to acknowledge that just because you’re a creative and so have a million ideas doesn’t mean you have all the answers—so collaborate with a partner who does.

Buy your ticket for the Ad Age A-List & Creativity Awards Gala at AdAge.com/ACGala. 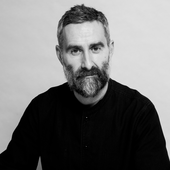 Nick Steel is founder and executive chief director of HarrimanSteel.