4 ways for companies to maintain their commitment during downsizing
READ THIS NEXT
Generative AI—how marketers should navigate consumer distrust
Credit: iStock

Black Lives Matter. Diversity pledges. Anti-racist layoffs. These are just a few of the buzz phrases heard from brands and agencies after the killing of George Floyd in 2020. We listened as some of the country’s leading brands made commitments to the African American community and—for the first time in history—felt heard and seen.

As quickly as companies rushed to hire more diverse voices, many of those same efforts are quickly being undone. Every other day we are hearing the news of layoffs and hiring freezes from companies once known as “unicorns” with the ability to pay you exactly what you dreamed. Now it’s clear that the industry is tightening its belt. This tightening is leaving hundreds of thousands of employees out of work—and more wondering if they’ll have a job within the next few months. Job market growth has seemingly come to an end—and so has the fight for diversity.

The impact of mass layoffs on underrepresented groups has not gone unnoticed. @shaktischild, who was attending AfroTech, the largest Black tech conference last November, tweeted: “All of the black recruiters finding out during and after AfroTech that they were being laid off from the companies they were in Austin recruiting for is nasty, nasty work.”

Speaking of Twitter, it also has been no stranger to diversity elimination. Chief Executive Officer Parag Agrawal, who had been a supporter of Twitter’s employee resource groups, was fired by Elon Musk. The leaders of several of Twitter’s diversity-focused groups were also part of the job cuts. Suddenly, a company that had posted significant gains in the number of Black and Latinx workers in 2021 had undone all its DE&I efforts.

While Twitter and Meta are among the companies in the spotlight, diversity experts are eyeing any company looking to cut costs that might intentionally or unintentionally undo progress they have made to diversify their workforces. DEI is bigger than recruiting; companies must also be intentional in their retention process. Studies have shown that the roles that historically underrepresented groups are hired into tend to be seen as the most expendable. This can mean that when layoffs happen, people of color are among the first to go. It’s a problem that can be averted with intentionality during times of layoffs—and here’s how:

When trying to trim down your workforce it is perfectly understandable to keep your most loyal employees and let go of your newer ones. This may sound normal in theory but because most companies have only recently implemented DEI efforts, this method could end up unjustly targeting men and women of color.

Over the last several months we have watched CEOs demand that employees return to the office or run the risk of being fired. But such remote work, primarily driven by the pandemic, allowed companies to hire more diverse talent. In fact, companies including Meta admitted that remote work had helped them increase their number of diverse employees.

Consider demographics when determining which roles to eliminate

When seeking to be intentional about diversity and inclusion, it’s important to monitor your goals—especially during layoffs. While some may think companies monitor these goals only to protect against lawsuits, it’s important to note it’s also a way to preserve diversity gains. Instead of laying off an employee, consider transferring them to a different department.

We saw this strategy in action with recent Twilio layoffs, which examined roles most aligned with its priorities but said it also conducted the reductions through an anti-racism lens. Be fair with this approach as you will want to avoid being accused of reverse discrimination by non-marginalized groups.

Companies committed to diversity should maintain their commitments during layoffs—but not all of them do. Which category will your company fall into? 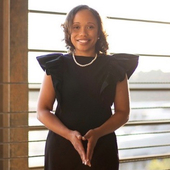