READ THIS NEXT
Content marketing: What you need to know
Sony's robot dog Aibo. Are all-purpose artificial intelligences coming to serve us?
Credit: Tomohiro Ohsumi/Bloomberg

The cynics warn that AI is just hype, the Cassandras predict an AI-fueled apocalypse, and the Polyannas theorize that all-purpose intelligent servants await just around the corner. Are all of these true? Are any of them? Let's peel back some of the misconceptions.

Some anticipate a rapid rise of AI to human (or super-human) levels, because:

To some, these results are frightening, as they believe:

To others, AI is just a collection of parlor tricks. Truthfully, we've seen overblown promises from AI numerous times in past decades and it's never really delivered.

So, what is true? First, it's certainly not all hype: AI has become a pervasive part of our daily lives, providing the core of recommendations services, suggesting movies, music, advertisements, financial products, relationships and more.

We also see AI put to use through chatbots like Siri and Alexa, as well as commercial products on websites or messaging apps. AI is also used for game engines, embedded in "smart" products and homes, powering financial advisory systems as well as intelligent search support, and much more. For the first time in its history, AI is providing real value, at scale, for enterprises and individuals.

That said, just because AI can do some things doesn't mean it can do everything. It's all too easy to extrapolate from what we see AI deliver now to believe it should be able to do more. This is why we get frustrated when Siri, for example, provides one reasonable response to a question, but then completely misses the mark on what seems like a similar request. While Google does an amazing job of retrieving information, for the most part it does not really understand the "answer" it is providing, which can also be frustrating.

Furthermore, while such systems are increasingly able to extract certain facts or data from text, they are still quite far from comprehending the content even as well as a child can. Retrieving information is one valuable way to answer some questions, but other questions require reasoning and knowledge that remain at, or beyond, the frontiers of today's AI.

One other phenomenon, perhaps not too surprisingly, is slapping an AI label onto more mature technologies simply to ride the AI wave. CMOs, for example, may be faced with traditional data analytics—which certainly can provide value—suddenly rebranded as AI.

How can one identify when something truly new is being offered? Some enhancements that AI makes possible include:

What does all this mean for the near future when it comes to AI? Expect to see a rapidly increasing set of more intelligent solutions that address fairly focused tasks, both consumer-facing and within industries. Also, expect to see ever-improving abilities to accurately retrieve information, which, in some cases, may be seen as question answering. Natural language interactions will continue to get incrementally better, with greater flexibility in understanding your requests and increasingly fluid responses (via text and speech). In addition, for better or worse, expect to see rapidly increasing automation of both relatively rote tasks as well as those involving decision-making, where there is enough volume that machines can approximate human behavior via mimicry rather than deep understanding. Lastly, perhaps surprisingly, AI is likely to make inroads into some creative endeavors—such as composing music, designing games, or writing ad copy—where enough fodder exists for machine learning to shine.

Despite these significant advances, it is still not at all clear if the ability to perform an increasing number of specific tasks, the ability to draw on ever-increasing amounts of data, or the ability to mimic past behaviors are sufficient to create a generally intelligent (i.e., human-like) machine. Our silicon servants are getting smarter, making life better for many, while other people are finding themselves displaced from jobs as some work becomes automated. Regardless of the hype, though, the human race is not being replaced by machines... or at least not quite yet. 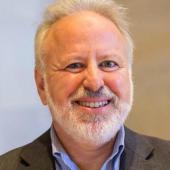 Larry Lefkowitz
Larry is chief scientist within the AI practice at Publicis.Sapient.
View all articles by this author

A CMO search consultant dishes what makes a great marketer

Recession reinvention: 5 ways to find the upside in a downturn

Sometimes you have to pay the piper

The 3 types of IoT data that retailers can really use

Brands' secrets from themselves kill the customer experience