UX design: Why is Microsoft's 'save' icon still a floppy disk? | Ad Age
Skip to main content
Sign In Register

UX design: Why is Microsoft's 'save' icon still a floppy disk?

Interface designers must take cues from the emoji world, where regular revisions ensure icons consistently reflect cultural trends and technology updates
READ THIS NEXT
Opinion: 4 ways brands can use behavior change fundamentals to grow in the new normal

The past few years have seen rapid cultural change, including the growing conversation around LGBTQ+ and women’s rights, as well as the emergence of new public-health threats like Zika. Many of these cultural topics have gained such notoriety that they’ve earned an official place in the emoji language.

What’s particularly interesting about emoji culture is that the governing body of emojis, Unicode, has established an annual review process for identifying opportunities for new emojis. This is very important because culture changes rapidly and so it gives the emoji culture a way of staying current.

Contrast this to product or interface design. A recent tweet from a Japanese worker pointed out that the iconography used in Microsoft Word for ‘saving’ resembled a vending machine.

Oh my, I'M DEAD! Japanese user of Microsoft Excel asks "Why is the SAVE ICON a 'Vending Machine w/ a Beverage dispensed?' "

The worker is part of a generation who has never used floppy disks before so, to that person, the save icon was quite perplexing—and probably not too intuitive.

This isn’t a one-off example. Instagram’s logo is a vintage camera and Google’s photo search is a handheld camera, and yet most people use their phones as cameras. The iPhone’s phone icon is similar to that of a landline, when the vast majority use the rectangular smartphone to make calls. And, even more outdated, the iPhone’s voicemail icon is reminiscent of old, analog tapes.

Though software refreshes regularly, perhaps even more regularly than the official emoji set, how often are the meaning of icons truly assessed? In the case of Microsoft Office, it seems the answer is never. It’s only ever been refreshed with slightly different design treatments. The logo has seen more updates than the icons.

When we set out to design an interface or product, our industry always discusses the finer points of user centricity. If your product is designed for the masses, shouldn’t the iconography be universal? And if you are using an iconography system based on real objects, could it be confusing to a subset of users?

Skueomorphism in action
The issue with the above examples lies with a design approach called skueomorphism, which refers to design that mimicks real-world objects. This approach is often useful when introducing a new concept or product to users, as it helps teach them how to interact with the product by relying on their past experiences with an object represented by design. The floppy disk icon for example, was an object on which users saved information. At a certain point, once the user base is trained on how to use the product, the skeuomorphism aspects become less essential. Apple’s iPhone interface updates over the past several years are a great example of this—they’ve simplified the icons. But although they have simplified the iconography, they’ve not graduated from using outdated technology, thus a subset of their users also likely suffers from confusion.

Another major issue of iconography design in products is a reliance on real-world technology. The outdated examples above are all technology objects, which rapidly experience change. If iconography is not regularly refreshed, the technology represented could become obsolete without product owners even realizing it. This may not be an issue if the target audience is a focused group familiar with this technology. However, brands with mass appeal or diverse user bases may suffer from a lack of comprehension if they rely on a technology device for an icon.

To avoid falling into the trap Microsoft has fallen into, learn from the emoji culture. Regularly, perhaps annually, assess the culture in which your audience lives. Are the icons something they’d continue to recognize? Better yet, if your product has an established user base, work with your design team to identify gestures, symbols or objects that have stood the test of time to leverage in your iconography set. So, next time your company sets off to refresh your brand or redesign your logo, don’t forget to assess your iconography too. 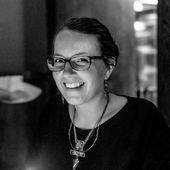 Jenessa Carder is strategy director at Isobar US