In the latest episode of the 'Ad Lib' podcast, the producer-rapper discusses his role as music jury president at Cannes, growing up in Haiti and life after the Fugees
READ THIS NEXT
Frito-Lay snags Rick Astley for an ad—and he's never gonna give up snacks 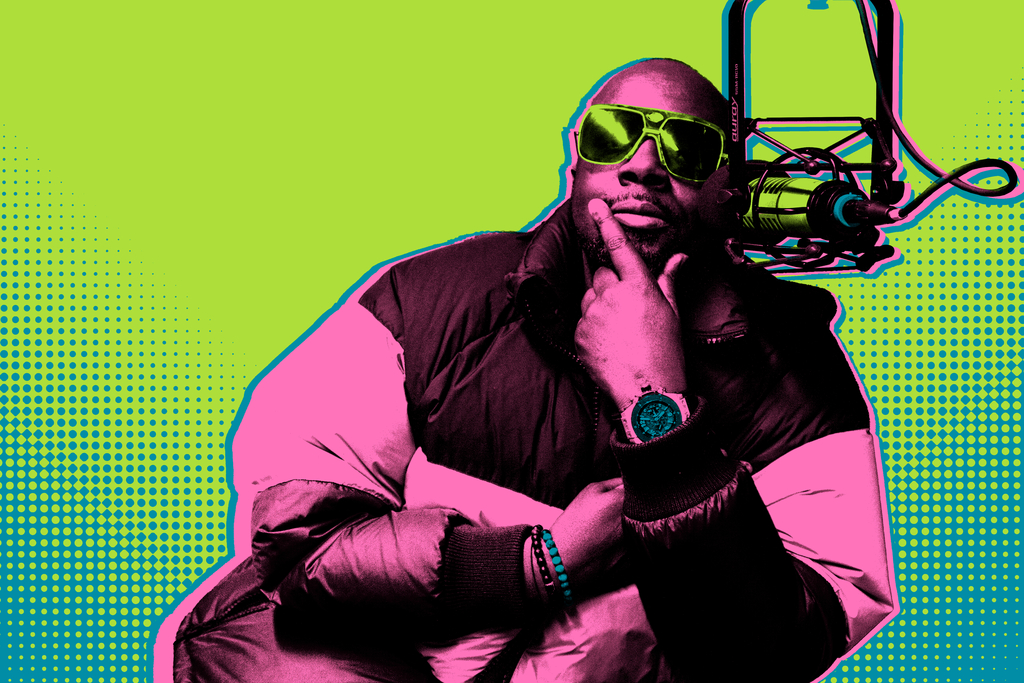 Wyclef Jean is best known as a founding member of the Fugees and a co-architect of the group’s 1996 masterpiece “The Score.” He co-wrote and performs on Shakira’s 2006 smash “Hips Don’t Lie” and was a producer on Santana’s “Supernatural.” It hasn’t all been smooth sailing: he also embarked on a failed bid for the presidency of his native Haiti in year 2010, and founded a national charity there that dissolved in 2012 under accusations of financial mismanagement.

And if you’re wondering why you’re reading about Jean in Ad Age, in recent years he has also become a fixture at CES and at the Cannes International Festival of Creativity, where he will be the president of the music jury this year. The most recent guest on the Ad Age “Ad Lib” podcast, Jean talks about all that, plus working with brands and why he considers marketer Gary Vaynerchuk “the big homie.”

The following has been edited for flow.

Any resolutions for the year?

My number one resolution is to always be kind.

I think that more artists are going to keep getting wiser. And I think that they actually going to hold on to a lot of the content now.

Own their rights? What comes to mind? Taylor Swift is making a lot of noise about that.

So, I’m originally from the group called the Fugees, right? As a producer I produced “Killing Me Softly” and this is going to be to the Taylor Swift point: “Killing Me Softly” becomes a huge smash, right? And in the process, I just made somebody millions of dollars, right? Because the actual publishing and the rights of the song is owned by somebody else because I did a remake, right? And I was, “Hold on, hold up, I’m on the wrong side of business,” right?

This year you’ll be the president of the music jury at Cannes. You’ve been on the jury before. What does that actually entail?

So, for this year then, what are you anticipating trend-wise in the industry?

What do brands most often get wrong about music?

I think what brands have learned about music that it’s not always smart to use something because it’s relevantly working for 30 seconds. I think what brands now are looking for when I speak to them is relevancy within the culture. Now, this is a totally different word. Because remember back then, it would be, “Oh, let’s get this group,” or “Let’s get that group,” you know? Now, it’s more the creative will know the food. They would know the space. They would know the immersive experience [of the culture], you know? That’s where it’s going.

Is there a brand that you wouldn’t work with?

Well, I come in from Haiti, from extreme poverty. So, child labor, the idea of who is making these garments, where’s it coming from? Are we really being fair to people being in parts of Africa? I’ve spoken to child soldiers. And seeing the diamond trade and how firsthand I see kids losing their limbs, they lose it. I can’t support that. I would never endorse anything like that.

Talk about data. You have some thoughts there.

One of the data that is important is human behavior within music. The algorithm for any streaming service is set up for: If you listen to Marvin Gaye, it automatically goes to Smokey [Robinson]. But no. That’s not human. Somebody might want to go from Marvin Gaye to freaking Guns N’ Roses in two seconds, and that happens to be me.

You’ve said in the past that you’ve learned a lot from Gary Vaynerchuk.

In my world we call Gary Vee the big homie. What I learned from Gary Vee is social media is your biggest, biggest way to advertise yourself. And nobody ain’t going to advertise you. You have to tell your story. Once I told my story to Gary Vee, it transformed my whole media and internet presence and I was able to capitalize on that and keep going.

Right. So, how do you articulate the Wyclef brands then if it’s you got the Fugees, you’ve got Haiti, you’ve got your solo “Carnival” albums, you’ve got ...

I got one word for you, baby: Eclefctic. That’s the brand. I mean, if I was to compare myself to somebody from the past probably modern day, Harry Belafonte, you know? The boy from the islands, who come to America; you know we can rock out and have fun. And one of the most exciting things about 2020, I’m about to drop this on you ...

So, this year we’re going to bring the Wyclef Jean “Carnival” to Cannes. And we want you all to experience the Haitian Creole food, we want to give you a fusion pan-African experience, and of course, you already know the music’s going to be crazy.

So, when that question was asked when I was 30, right? I’d be, “What the hell are you talking, man?”

That’s why I saved it for last.