Why Allstate Doesn't Test Its Ads

What happens when you don't pre-test TV ads? For Allstate, it was total "Mayhem." 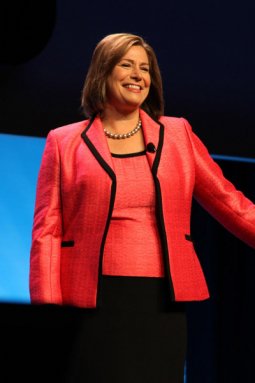 Allstate's Mayhem
When the insurer a few years ago unveiled the first commercial in the now highly popular campaign, the company's agents were more than a bit skeptical. Some were downright peeved.

The spot, which showed the Mayhem character scratching a car with a key, did not go through the kind of rigorous creative testing that big packaged-goods companies, restaurant chains and many other marketers tend to rely on prior to airing TV spots. It was a serious departure for the normally staid insurer.

"There was a lot of internal pressure to kill it," SVP-Marketing Lisa Cochrane recalled Friday in a presentation at the Association of National Advertisers annual meeting in Florida. But she stuck to her gut. "I knew that 'Mayhem' was the right idea at the right time. I could feel it. We didn't do any market testing or focus groups. I just asked myself, 'Would I want to watch those ads?' "

She did --and as it turned out, so did a bunch more people across the country. The campaign, which was intended to infuse doubt into the minds of people who might be attracted to cheaper "cut-rate" competitors, quickly entered the pop culture, generating a ton of free publicity for Allstate. It has also made a star out of the actor who plays Mayhem, Dean Winters, who drew loud cheers Friday when he crashed the stage, posing as "Lisa Cochrane" before the real Ms. Cochrane appeared.

His take on the whole ANA scene: "Marketing? Pfff … who cares," he said, drawing big laughs.

Allstate, of course, is in the serious business of selling car insurance, a task made more complicated in recent years by stiff competition from big ad spenders such as Geico and Progressive .

One of Allstate's initial responses to the new competition was the "Our Stand" campaign, a stoic and serious effort starring actor Dennis Haysbert that positions the insurer as a company that stands beside its customers. The campaign, by longtime agency Leo Burnett, "firmly rooted the brand in 'protection,' "Ms. Cochrane said. But "I was a complete mess because we were comfortable. And I am never more uncomfortable than when I'm comfortable."

In other words, she sensed the company needed something additional to break through in the cluttered space -- something like a little mayhem. "Comfortable is boring," she said. "The perfect time to start some mayhem is when there is no mayhem in sight." Ms. Cochrane also believes patience is a virtue -- and an asset when it comes to marketing. When the initial spot did not go well internally, she said she "told everyone to calm down, back off, and give us a couple of days."

What Allstate did not do was run out and do a bunch of ad testing; the insurer was not looking to play it safe, but rather, "We wanted to turn heads," Ms. Cochrane said.

Her refusal to test the campaign drew widespread cheers from the ANA audience, likely from more than a few ad agency execs who often privately grouse about the increasing level of stringent ad testing demands from marketers.

But eschewing an age-old practice is easier said than done, so how has Ms. Cochrane held firm when so many companies insist on ad testing? "I work for a CEO and management team that trusts," she said. Also, "I've been in my position for quite a while and you have to prove yourself."

A few minutes later, Mr. Winters, aka Mayhem, jumped back on stage. "Nice job, Lisa, you killed it," he said, before whisking her away, cutting off ANA CEO Bob Liodice before he could squeeze in one last question.