Oscars sob stories, moon munchies, a vaccine 'drive' and more
READ THIS NEXT
The top 5 creative campaigns you need to know about right now

Ad Age Creativity Editor Ann-Christine Diaz, Creativity Associate Editors Alexandra Jardine and I-Hsien Sherwood, and Reporter Jessica Wohl look back on the week's standout ideas, including moon munchies and a vaccine "drive." Plus, a taste test of some of the latest food brand "innovations."

Sitting with friends for a late-night drink. Traveling to another state to visit a loved-one. Such seemingly innocent actions can become life-altering “violations” that send those on parole back to prison, as illustrated in a provocative new film by Droga5 for the Reform Alliance, the organization founded by Meek Mill, Jay-Z, Michael Rubin and others to bring reform to probation and parole within the U.S. justice system. The film is part of the organization’s first brand campaign and was directed by Malik Sayeed of Little Minx.

LinkedIn and agency VCCP were behind this ad that starts on a depressing a note, but takes a turn for the uplifting. It centers on an unemployed man named Vik who has been holed up at home for what seems like quite some time—his job may have been a casualty of the pandemic. His only companion is his sad-looking houseplant, which seems to have withered away alongside Vik’s confidence. But as Vik starts and gets more and more enthusiastic about his job search with LinkedIn, his life starts to bloom again, along with his newly verdant buddy.

The Oscars drew record-low ratings this year,  but those who did happen to tune in were treated to a pair of tear-fests from Google. The tech giant was the official closed caption sponsor for Hollywood’s big night, and along with that, it promoted its own tools for the hearing-impaired with a spot about one of its own employees, lead designer Tony Lee, who was born to deaf parents. The film chronicles Lee’s own journey as a “CODA,” an acronym for child of deaf adults, and shows how he and his family were able to remain in touch with his parents throughout COVID with the help of Google’s live captioning.

The brand also ran another heart-tugger, “An Octopus Story,” which seemed squarely directed at parents who’ve undergone the trials of homeschooling their kids throughout the pandemic.

Supermoon schmoopermoon. Who cares when you have tacos? On May 4, Taco Bell will be celebrating what it is calling the “Taco Moon,” the moment in the lunar cycle when the Moon looks just like the brand’s crunchy, semi-circular meat-filled offering. It marks the brand’s first-ever global campaign, from Deutsch L.A. and spans at least 20 markets. It will include an all-day taco giveaway in the U.S., and Taco Bell is aiming to break its record for most tacos given out in a single day. “It just made sense to use the world’s largest billboard,” Nikki Lawson, who joined Taco Bell a year ago as global chief brand officer, told Ad Age. “When the moon is at half moon it looks just like a taco.” 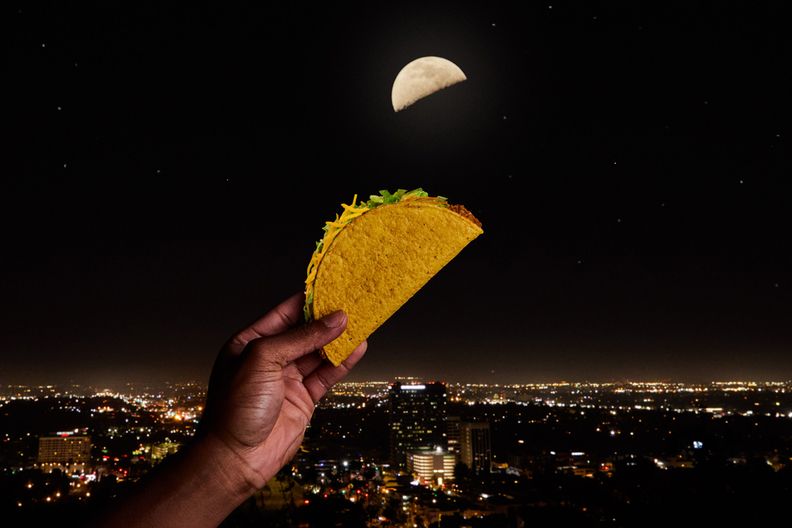 With the COVID-19 vaccine rollout in full swing, Uber is doing its part to help people get to their shot appointments in a new campaign from R/GA, fronted by Spike Lee. The ride-hailing platform is giving people 10 million free rides to their vaccination sites. On the Uber app, the brand is also asking others to provide even more support to the cause through donations. The message is that no one should have to miss out on getting the vaccine because of their “address, income or skin color.”