NEW YORK (AdAge.com) -- Every agency talks about transformation these days, but, over the last decade, it's hard to find a shop that's morphed more dramatically than Preston Kelly.

In 2000, it was a largely business-to-business agency named Kerker that worked almost exclusively in traditional media. Today, Preston Kelly is a consumer-focused shop in northeast Minneapolis that's winning assignments from national clients. 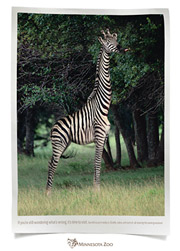 "This is a 60-year-old agency, but, philosophically, we're closer to 10 years old," said Chuck Kelly, the agency's president, who today runs a 45-person shop that works for the likes of Roundy's Supermarkets, Grand Casino of Mille Lacs and Hinckley, HealthPartners and the National Marrow Donor Program.

Agency executives say Preston Kelly's success comes from focusing on "iconic ideas" first, and figuring out where those ideas ought to be deployed second.

And that was clear last year, when the agency's biggest idea was poop. Literally.

Client Minnesota Zoo asked the agency to come up with a print/TV campaign to boost attendance, no easy task when the summer's marquee exhibit -- African animals -- had already been through town once and the media budget was slashed by 20%.

So the agency came up with an idea for an interactive, online game focused on identifying different kinds of animal droppings on a microsite (whopooped.org). The game walked kids through the educational aspects of how animals digest different foods and let kids say "poop" a lot.

"It was an opportunity to tell the story in a way that would hold kids' interest, but that moms would be OK with," recalled Creative Director Chris Preston.

The site -- combined with a print campaign -- spurred tons of earned media, getting featured on countless blogs and publications, and even on national cable (MSNBC's Rachel Maddow devoted part of a show to it), and, as a result, attendance during the exhibit's run topped goals by 18%, while membership sales exceeded targets by 8%.

"Something that dumb and simple helped them achieve a bigger goal of being a nationally recognized zoo," Mr. Preston said.

It wasn't an isolated case: To help the YMCA boost membership and fight obesity, the agency built a campaign around the idea of donating fat pants. And it created an action-oriented consumer brand for the National Marrow Donor Program -- "Be the Match" -- that doubled website traffic and increased membership by 2 million.

The agency's principals attribute those successes to a collaborative culture that welcomes ideas from all corners.

"Everybody's opinion matters here," he said. "Advertising is not a spectator sport. You have to play.

Jeremy Mullman
Based in Ad Age's Chicago bureau, Jeremy covers alcohol and sports marketing, as well as Midwest agencies. He prefers to field story pitches and press releases via e-mail.
View all articles by this author