Though Leap Day made Black History Month longer than usual this year, it was still shorter than any other month, as always. Now that we’re in early March, all of the activations and commemorations are over.

Well, maybe not all of them. The Golden State Warriors unveiled “Beyond28,” an initiative to extend the celebration of Black history past the four weeks of February and into the rest of the year. A new video shows Warriors point guard Steph Curry explaining which month is Black History Month. First it’s February, then March, followed by April. Yes, the point is that it’s every month.

The spot from Goodby Silverstein & Partners follows an anthem film released earlier that announced the project and is running on TV, in-arena placements, on NBA.com and on Warriors social channels including Instagram, Facebook and Twitter.

Print ads (below) ran in newspapers including The San Francisco Chronicle on the first day of March (the day after the end of Black History Month), and interviews with Black leaders will roll out of the 29th of each subsequent month this year.

The campaign follows in the footsteps of others initiatives that have pushed to celebrate Black History beyond the span of a month. In 2018, for example, Spotify's "Black History is Happening Now" year-long effort from Saturday Morning underscored the ongoing contributions of black creative talents to music and culture. 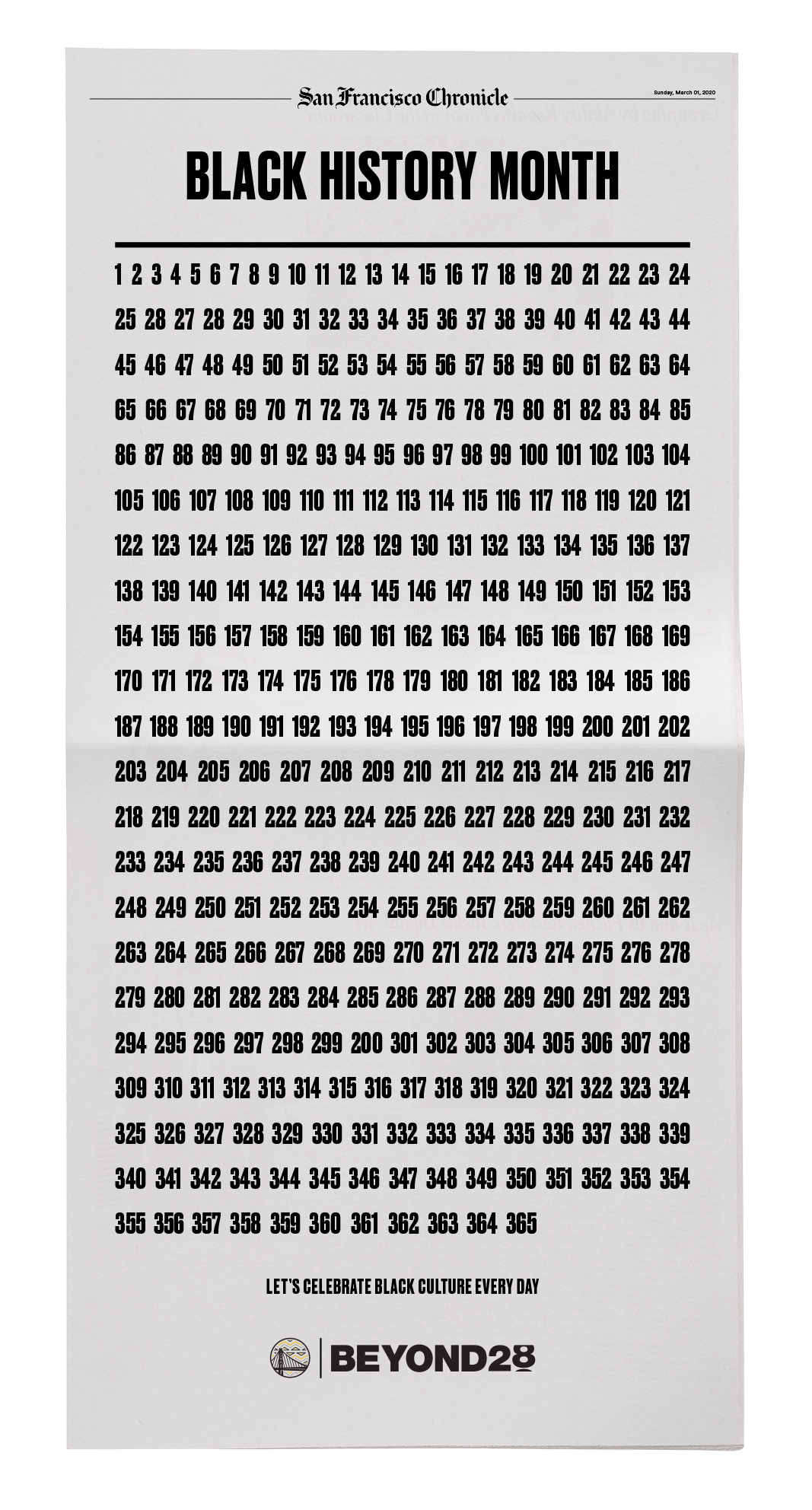