The PR agency is laying off approximately 390 people as the ongoing pandemic has led to heavy revenue losses
READ THIS NEXT
Young Creatives: Today is the deadline for Ad Age’s Cannes Lions cover competition 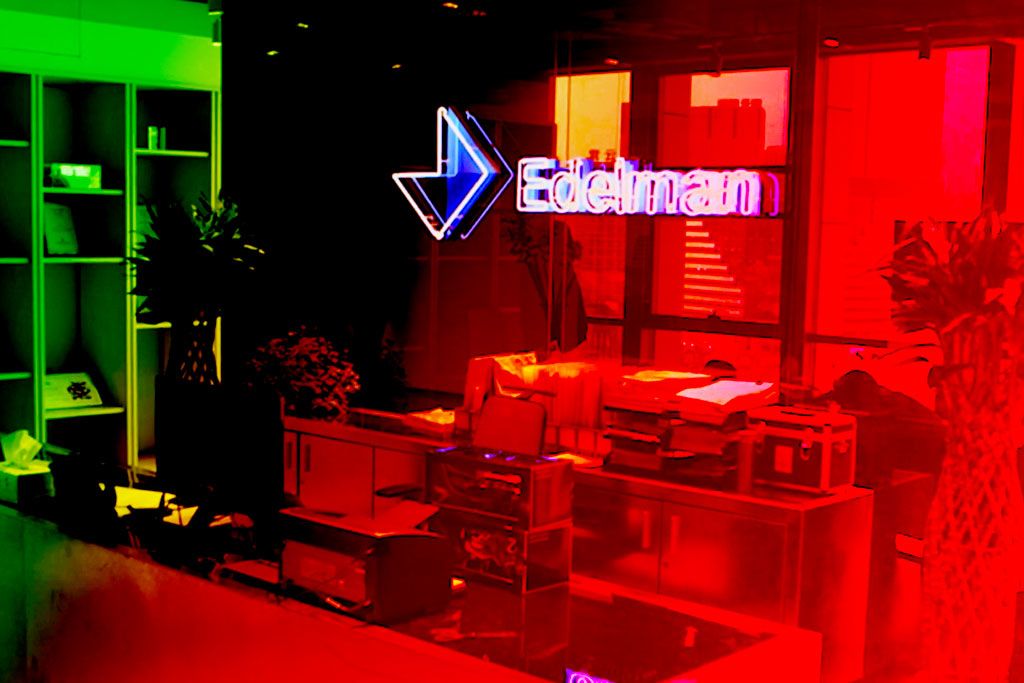 Edelman has laid off around 390 people as the COVID-19 pandemic has led to a widespread revenue downturn.

According to an internal email sent to staff this morning from CEO Richard Edelman, the reductions represent around 7 percent of the firm's global workforce. A spokesperson for Edelman, co-headquartered in Chicago and New York, declined to detail the layoffs by office location. A source closed to the situation said 5 percent of U.S. employees were laid off.

The move reverses a prior management declaration to staff in March that no job losses would take place due to the pandemic. According to the memo, the business was operating at an 11 percent margin in March as the pandemic spread throughout the U.S.

After the initial shock, revenue continued to fall, with the company reporting a slight loss in recent months, forcing the firm to use cash reserves. "Today, despite all efforts, we are beyond the threshold of loss-making and to ensure the long-term health of our business, I must change course," Edelman said to staff.

The company had successfully maintained employment levels during the 2001 and 2008 recessions, which only required a temporary cut in executive compensation, according to the memo. But the pandemic's global impact on travel, hospitality, automotive and airline clients led to Edelman making cuts as those industries suffer historic losses.

Edelman is the world’s largest PR agency based on revenue, according to the Ad Age Datacenter.

It's the latest attempt by the company to stabilize the business. In the past few months, Edelman made several cost-cutting moves like lowering executive competition by 15 to 20 percent, pausing the internship program, ending the use of freelancers and other limiting internal promotions.

But the company needed a larger reduction in costs to move forward, Edelman said in the memo. Laid-off employees are receiving a severance package that includes help with finding a new job, skills training provided by LinkedIn and a $1,000 credit towards technology items like laptops.

Dalton Barker is a reporter for Crain’s Chicago Business