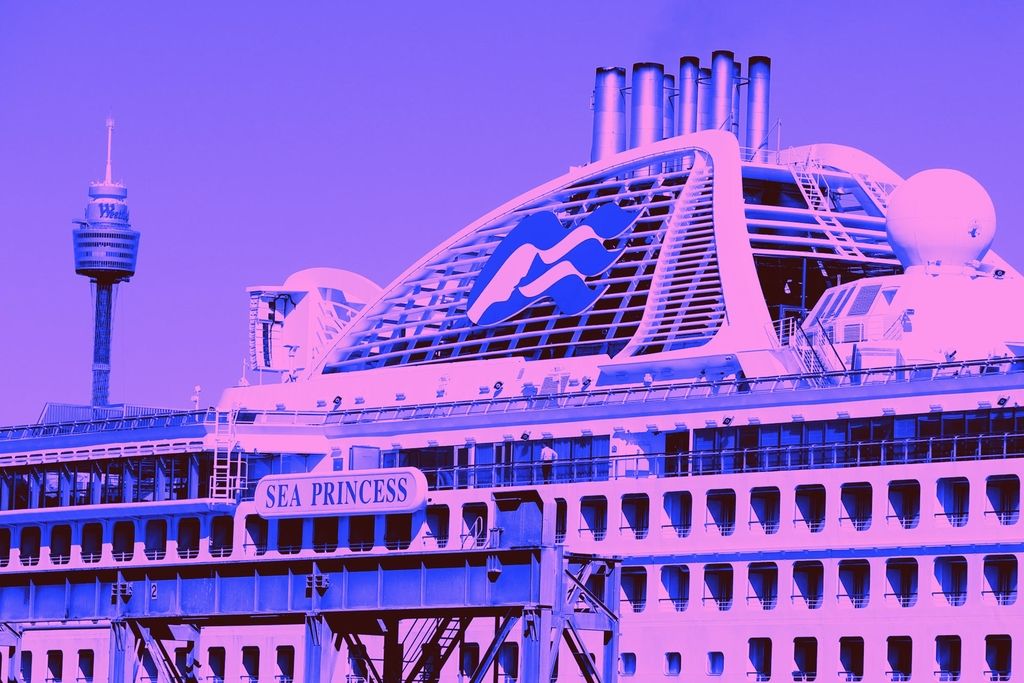 A former Omelet associate creative director, Tiffani Harcrow, is suing the Los Angeles independent agency after she says she was fired for refusing to work on a project for Princess Cruise Lines that allegedly downplayed the risks of COVID-19 to entice consumers to travel on the company's cruise ships.

The lawsuit alleges that on April 22, while in the midst of the global pandemic, Omelet “demanded that Harcrow and her team develop a materially false, misleading and dangerous marketing campaign” for client Princess Cruise Lines. Omelet won lead creative duties for Santa Clarita, California-based Princess Cruises, owned by Carnival Corp., in 2017.

The suit alleges that Harcrow was instructed to “develop an aggressive marketing campaign designed to mislead consumers into believing that it would be safe to travel on a Princess cruise ship on June 30, 2020, despite the fact that there was no evidence behind such a representation.” The suit claims the brief shared with Harcrow on April 22 stated: “‘Before our audience can consider booking again, we need to address their concerns and convince them that Princess has taken the appropriate actions to ensure that guests remain safe & healthy during their cruise vacation.’”

The lawsuit alleges that Harcrow declined to participate in the project, and she told her supervisors that “she reasonably believed that the campaign was misleading, fraudulent, unethical, violated public safety laws and protocols, was inconsistent with the CDC orders and congressional investigation, and would endanger the health, safety, and lives of consumers.” The suit accuses Harcrow's supervisor, Omelet Chief Creative Officer Michael Wallen and Omelet Director, People and Culture, Abba Binns—both of whom are named in the suit—of retaliating against her for declining to participate in the Princess Cruises brief by not employing her on any further projects and ultimately firing her.

An Omelet spokesperson denied the allegations brought in the suit and claimed Harcrow was let go as part of a round of layoffs that was a result of the pandemic. One person close to the business said those layoffs affected about 10 percent of its staff.

“Ms. Harcrow was part of a round of layoffs due to the COVID crisis,” the Omelet spokesperson said in response to the lawsuit. “Laying off employees is always difficult, but in the current environment it is unfortunately a reality of life. These claims are false and have no foundation. We will be vigorously defending ourselves in the appropriate forum.”

A Princess Cruises representative did not immediately respond to requests for comment.

At the time of the Princess Cruises brief, the lawsuit notes that cruise lines were beginning to be investigated for putting their consumers and staff in harm's way by continuing to sail their cruise ships during the pandemic. Plus, on April 9, not long before the April 22 brief allegedly came in, the U.S. Centers for Disease Control and Prevention, renewed a No Sail Order through July 24.

The lawsuit alleges that, based on those events, Harcrow “expressly objected to and complained about the assignment” for Princess Cruises on a related April 22 call.

“She asked specific questions to whether certain safety protocols were in place,” the lawsuit alleges. “The answer was no. Harcrow stated that representing to the public that it was permitted—let alone safe—to travel on a cruise line on June 30, 2020 violated the CDC’s orders. As a result, Harcrow told her supervisors that she reasonably believed that the campaign was misleading, fraudulent, unethical, violated public safety laws and protocols, was inconsistent with the CDC orders and congressional investigation, and would endanger the health, safety, and lives of consumers.”

The lawsuit alleges that Wallen responded to Harcrow's concerns by saying, “I would not put my family on a cruise ship either, for fear of catching COVID-19, but it was our duty to our client to instruct the public to do so.”

Following the initial April 22 call on the brief, the lawsuit claims Harcrow and one other employee, unnamed in the suit, raised concerns in an email to Wallen and Binns, in which they declined to participate in the project. The suit alleges that the employees “respectfully declined the assignment” as they stated in the email to Wallen and Binns that they “‘can’t in good conscience tell [their] parents and grandparents that it’s safe for them to get on a cruise ship in the very near future.’”

The lawsuit alleges that Wallen and Binns "called Harcrow and derided her for objecting to the campaign,” in response to the email, and that Wallen “threatened” to not place Harcrow on any other Omelet project if she refused the Princess Cruises brief. Harcrow did refuse the Princess Cruises brief, according to the lawsuit, and then “was not staffed on any active projects” following the call with Wallen and Binns.

On April 28, the suit alleges Harcrow and the other unnamed employee emailed Binns, stating: “‘just want to reiterate … that we’re down to help out with anything since we have bandwidth! Would love to stay on your resourcing radar.’” The lawsuit alleges that Harcrow’s emails were ignored and she still was not staffed on any other projects.

“A week later, on May 6, 2020, Omelet abruptly terminated Harcrow’s employment,” the lawsuit alleges.

According to the suit, Omelet’s reasoning for firing Harcrow was a “claimed loss of and lack of new business and the loss of the Princess account,” which the lawsuit says “is demonstrably false, easily refuted and obviously pretextual. No one else at Omelet with Harcrow’s job duties or seniority was terminated at that time. Even after Harcrow’s wrongful termination, Omelet continued work on the same projects and for the same clients on which Harcrow had been staffed,” the lawsuit claims.

The lawsuit alleges that “all of Harcrow’s responsibilities were transferred to employees who did not object to Omelet’s dangerous, misleading and unlawful marketing campaigns.”

“Omelet’s threats, personal attacks, and retaliatory and wrongful termination have devastated Harcrow,” the lawsuit alleges. “As a result of the misconduct described herein, Harcrow suffered, and continues to suffer, emotional distress, embarrassment, loss of self-esteem, disgrace, humiliation and loss of enjoyment of life, and has sustained loss of earnings and earning capacity.”

Harcrow is seeking compensation for damages including past and future wages and employment benefits lost due to her termination, punitive and exemplary damages, for restitution, for attorneys’ fees and the costs of the suit incurred, according to the lawsuit. She is being represented by L.A. law firm Merino Yebri, LLP.

Harcrow was hired by Omelet as an associate creative director in May 2018, according to the lawsuit, which claims she “never received any negative evaluations, write-ups or discipline” before this incident. According to her LinkedIn profile, Harcrow spent time at agencies including Team One, 160over90 and J. Walter Thompson (now Wunderman Thompson) before joining Omelet. At Omelet, she worked on clients such as Walmart, Google Stadia, Guardian Insurance and Warner Bros. Interactive Entertainment.

Princess Cruises has halted its global ship operations through the end of the 2020 summer season; many travelers already booked were given vouchers that they can use through May 2022. Princess has spent just $2,200 on TV commercials in the past two weeks, according to data from iSpot. One current spot promotes a polka cruise taking place in January 2021.

A recent report from Standard & Poor’s cited caution with some industries that “involve groups of people in close proximity,” such as cruises. The report said these sectors “may not return to prior levels of revenue for several years.” Earlier this year, a crisis communications consultant told Ad Age he expects the cruise line industry to need at least a decade to recover from coronavirus.

Harcrow's case is not the first in which agency employees have challenged the ethics of their employer. In July of 2019, Ogilvy came under fire from the agency's employees over its work with U.S. Customs and Border Protection. According to recordings of a July 9 meeting with employees leaked to Buzzfeed, Ogilvy Worldwide CEO-Chairman John Seifert, who has since announced he will be stepping down, defended the work after employees complained that children had died in CBP custody.