And more from the final pre-Election Day edition of Ad Age Campaign Ad Scorecard
READ THIS NEXT
Watch The Lincoln Project’s data-driven viral video, plus a young poet’s instant fame by the numbers: Datacenter Weekly 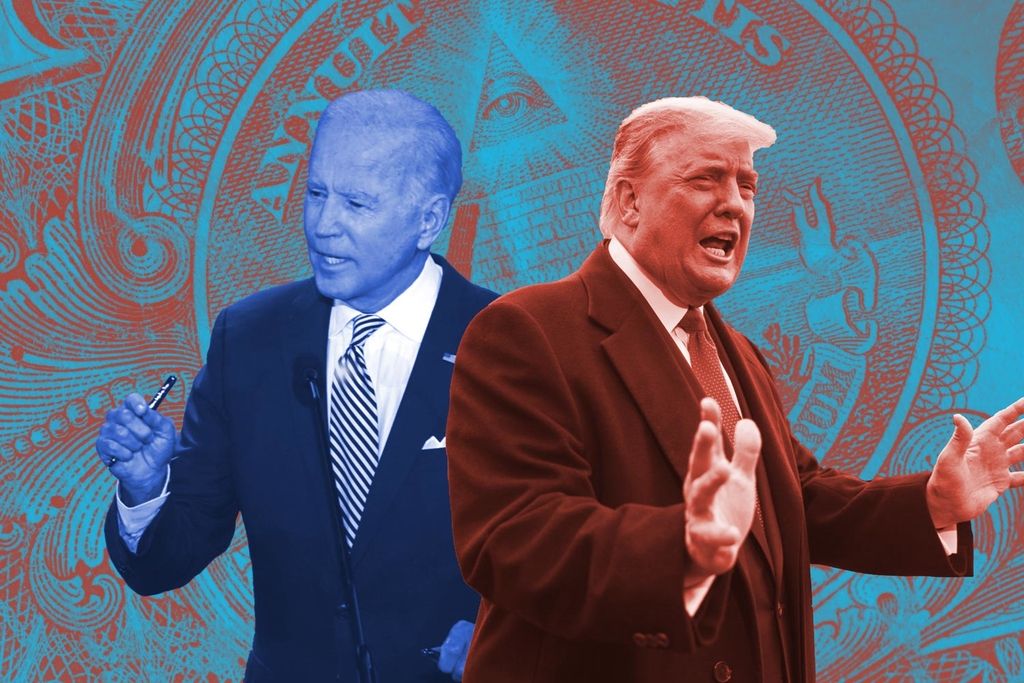 And the digital winner of the 2020 presidential election cycle is ... Facebook. That’s a key takeaway from this, the final pre-Election Day edition of Ad Age Campaign Ad Scorecard—an ongoing project led by Ad Age Datacenter Director of Data Management Kevin Brown in partnership with Kantar/CMAG.

In terms of tracked digital spending from April 9 onward, both President Donald Trump’s and former Vice President Joe Biden’s campaigns have spent considerably more across Facebook properties (the mothership and Instagram, basically) than Google properties. (We chose April 9 because it’s the first full campaign day post-Bernie Sanders; he ended his campaign on the 8th, making Biden the presumptive Democratic party nominee and thus formally setting up the Trump-Biden face-off.) Here’s what you need to know:

The Trump campaign has spent $89.1 million advertising across Facebook properties from April 9 forward, vs. $85.2 million by the Biden campaign. Facebook, unlike Google, shares data about state-by-state ad targeting; see our chart below for the most Facebook-ad-targeted states for each campaign.

Biden has edged out Trump in terms of Google spending

The Biden campaign has spent $60.4 million on Google properties from April 9 forward, vs. the $56.0 million spent by Team Trump.

Longtime readers of Ad Age Campaign Scorecard may remember than a million years ago—last December—we shared a link to this bit of reporting from Time’s Brian Bennett and Chris Wilson: “The Trump Campaign Has Raised Millions Off Impeachment—And Facebook Is One of Its Most Powerful Tools.”

The Biden campaign, too, has been using Facebook as a fundraising tool—though at the moment Team Biden seems less than pleased with the platform, as CNN Business reported late last night:

Democratic nominee Joe Biden’s campaign said Thursday it had lost out on more than $500,000 in potential campaign donations this week and blamed Facebook after issues with the social media [platform]’s advertising systems had prevented the campaign from running some ads soliciting donations. Facebook acknowledged Thursday evening that “technical flaws” had prevented some campaigns from running some ads this week.

“We find ourselves five days out from Election Day unable to trust that our ads will run properly, or if our opponents are being given an unfair, partisan advantage,” Biden campaign’s digital director Rob Flaherty said Thursday.

Just two companies, Facebook and Alphabet’s Google, have pulled in more than a quarter billion in advertising from Trump and Biden

The Biden campaign has spent a combined $145.6 million advertising on Facebook properties from April 9 forward, vs.  $145.1 million by the Trump campaign. The combined outlay stands at $290.7 as of this writing, and seems likely to surge past the $300 million mark when all is said and done.

A reminder that Trump will dominate Google’s YouTube on Nov. 3

Flashback: Back in February, we shared this Bloomberg News scoop about the Trump campaign’s long game: “Trump Ads Will Take Over YouTube’s Homepage on Election Day.”

One last bit of context

To put the presidential campaigns’ Facebook and Google spending in context, Ad Age Campaign Scorecard has compiled one final pre-Election Day tally of total tracked ad spending, including not only digital but TV and radio. See the second chart below.