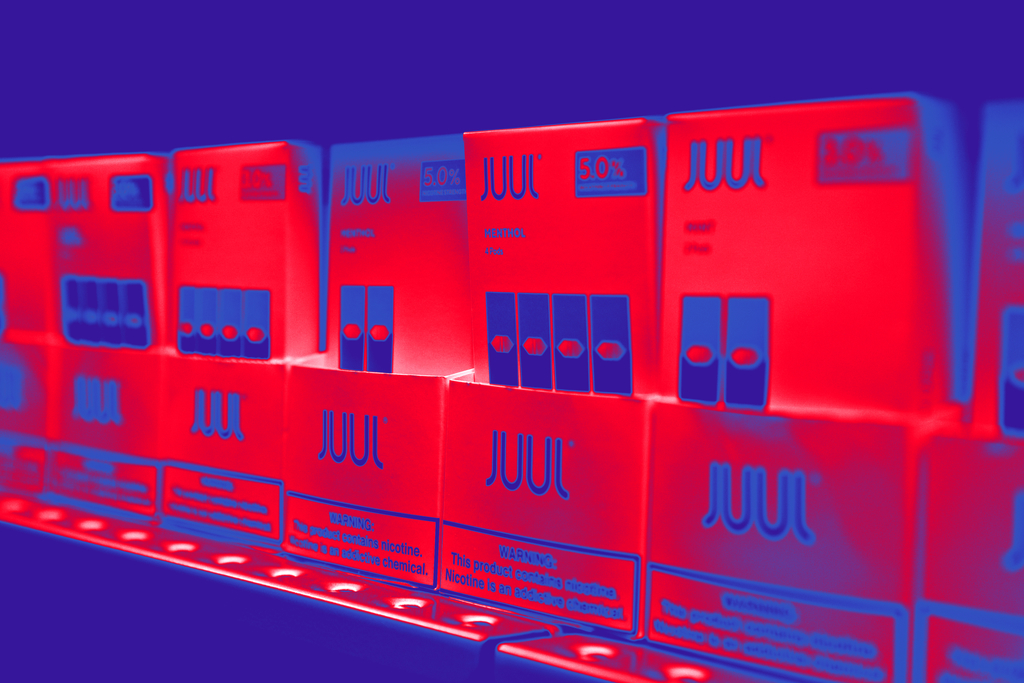 The chief marketing officer of embattled Juul Labs is leaving the company as part of a broad restructuring plan that also includes the suspension of all broadcast, print and digital product advertising in the U.S. In addition to CMO Craig  Brommers, Chief Financial Officer Tim Danaher is leaving Juul as the company cuts 10 percent to 15 percent of its workforce to adjust to limits on sales of its flavored e-cigarette products, according to a person familiar with the matter.

Last month, the largest e-cigarette maker in the U.S. employed about 3,900 people, so the reductions will affect about 390 to 585 workers. All departing employees will receive severance, along with their prorated bonuses, according to the company. The Wall Street Journal earlier reported the plans.

“As the vapor category undergoes a necessary reset, this reorganization will help Juul Labs focus on reducing underage use, investing in scientific research, and creating new technologies, while earning a license to operate in the U.S. and around the world,” Chief Executive Officer K.C. Crosthwaite wrote in an emailed statement.

The company is facing more scrutiny by state and federal officials following reports of a mysterious vaping illness and a proposed ban on flavored e-cigarettes by the Trump administration.