Marketers of the Year No. 3: White claw | Ad Age
Skip to main content

Marketers of the Year No. 3: White claw

The hard seltzer isn’t just the hottest brand in alcohol. It’s a pop culture force
READ THIS NEXT
Black consumers are group most swayed by brand values and diversity practices, study finds 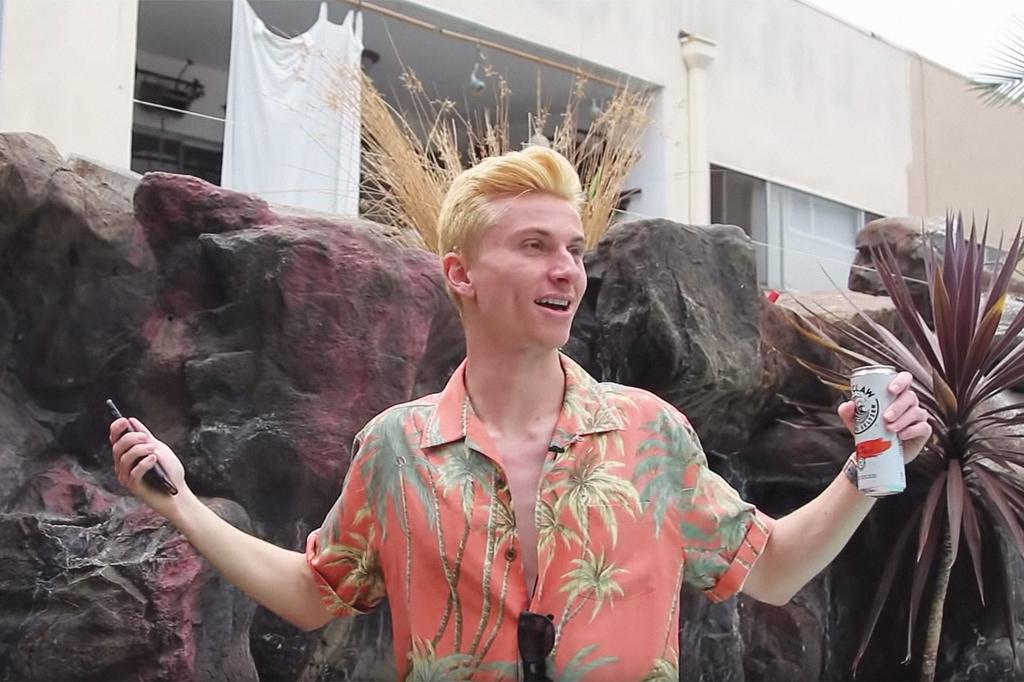 It’s hard to believe, but there was a time when White Claw had a demand problem. The hard seltzer struck national distribution deals with the likes of Sam’s Club as it debuted in 2016, but languished on shelves.

“It didn’t sell,” says Sanjiv Gajiwala, who oversees White Claw as the senior VP of marketing at Chicago-based Mike’s Hard Lemonade Co., a division of Mark Anthony Brands. “It was because we had put the brand everywhere without communicating what hard seltzer was.”

Safe to say that is no longer a problem. White Claw—born from the idea that drinkers crave a better-for-you alcohol option that looks and tastes nothing like beer—is not only flying off shelves, it has shaken up the alcohol marketplace more than any brand since 1975, when Miller Lite created the mainstream light beer category. Today, brewing giants that have lived off light beer revenues for decades—including Anheuser-Busch InBev and MillerCoors—are scrambling to bring their own hard seltzers to market, including Bud Light Seltzer, as White Claw continues to gobble up market share.

“The curveball no one saw coming is that young adult males would gravitate towards hard seltzers,” says Benj Steinman, president of beer trade publication Beer Marketer’s Insights. “And young adult males are quantity drinkers. So that just makes the seltzer phenomenon bigger than anyone imagined.”

The hard seltzer category is now valued at more than $1 billion and White Claw commands 54 percent of it, according to Nielsen data listed in a Wells Fargo report. White Claw sales surged 285 percent to $591 million in the year ending Oct. 5, outselling long-established beer brands including Blue Moon, Pabst, Dos Equis and Corona Light. The brand is on track to sell 65 million cases this year, and could have sold 85 million if it had the supply capacity to meet the off-the-charts demand, investment banking advisory firm Evercore ISI stated in a recent report on the brand.

White Claw is more than the hottest-selling alcohol brand—it’s a major pop culture force. The phrase “ain’t no laws when you are drinking Claws,” first popularized by comedian Trevor Wallace, went viral this summer as the brand became the unofficial party drink for American “bros.”

But according to Gajiwala, the brand’s success comes back to marketing fundamentals. The 2016 Sam’s Club failure “was an indication to us that in years one, two and three, we really needed to focus on educating people and communicating what the product was and what its benefits were, and why White Claw was the best, most premium option from a taste standpoint.”

The brand also made a point of focusing on its nutritional makeup, he says. Flavors such as mango, raspberry and natural lime contain 100 calories and 2 grams of sugar per 12 ounces. By comparison, Bud Light has 110 calories and 6.6 grams of carbs. White Claw, made from fermented sugar, is gluten free, another benefit it plugs.

The first hard seltzer brand was Spiked Seltzer, conceived in 2012 by beverage entrepreneur Nick Shields, who was inspired by watching women down vodka sodas at a bar in Connecticut. He sold the brand in 2016 to Anheuser-Busch InBev, which has since rebranded it to Bon & Viv Spiked Seltzer. While Bon & Viv filled its marketing with female imagery such as mermaids, White Claw took a decidedly gender-neutral approach. It turned out to be a game-changing decision.

Gajiwala says White Claw’s marketing team learned from its experience working on Mike’s Hard Lemonade, which shattered the stereotype that flavored malt beverage brands are meant for women. “People always find this hard to believe, but a lot guys drink Mike’s, too,” says Gajiwala. “Millennials and Gen Z, more than any other generation before, don’t see gender as a barrier or guardrail for their socialization. They want to spend time together and do the same things.”

White Claw, which uses the tagline “Made Pure,” is named after the term for a cresting wave. Black-and-white TV ads feature men and women on a boat and diving and swimming in the sea together. The lead agency is Accenture Interactive-
owned Rothco of Dublin, Ireland, which won the account in 2016.

Zara Flynn, managing partner at Rothco, says the agency’s approach was to treat White Claw more like a premium sparkling water than a beer. “It wasn’t about joining in what the beer industry was currently doing. It was smashing all those norms and creating something that was really fresh and really unique,” she says.

White Claw has been selective with ad placements. In the first seven months of the year, spending on measured media actually fell—to $11 million from $16 million in the same period in 2018, which put it behind brands such as Corona Refresca and Angry Orchard, according to an analysis by Kantar Media.

Gajiwala points out that Kantar does not capture social media spending, where White Claw dedicates a lot of resources running ads on Instagram, Facebook and Twitter. But the brand also benefits from a ton of earned media—a lot of it coming from fans who run social media accounts such as “whiteclawmeme” and “whiteclawchronicles.”

Gajiwala says White Claw has not run paid influencer campaigns in 18 months. But the brand goes out of its way to coddle its most passionate fans. For instance, in October it invited some of the most prolific White Claw social media posters to a party in Lawrence, Kansas, where the brand made a crop circle designed like the White Claw logo.

The brand also scraps its way into events without paying for pricey sponsorships. While Heineken pays to be the “official brew” of the Coachella Valley Music and Arts Festival, pop culture site The Wrap declared White Claw the event’s “rising star” last spring, noting that the brand was spotted “being chugged on the shuttles, snatched off the shelves at the local stores” and “co-headlining in campers’ Instagram feeds.” Gajiwala says the brand focused on point-of-sale marketing at grocery stores near the event. “That allowed us to hack Coachella, if you will.”

One of the biggest bursts of free PR came over the summer when Wallace released his White Claw video. In the process of poking fun at the White Claw phenomenon, Wallace dropped some lines that played right into the brand’s marketing positioning—like, “this is healthier than Jamba Juice.” But it was the “ain’t no laws” line that went viral, emerging as a rallying cry for brand fans.

White Claw had nothing to do with the video, which dropped in late June and now has more than 3 million views on YouTube. When Wallace tried to capitalize on the video by selling T-shirts with the catchphrase and the brand’s logo, White Claw actually reached out to his manager to stop it, in order to protect its trademark. Gajiwala says the brand offered to refund fans for the T-shirts and send them White Claw swag. Wallace demurred and later performed a marketing stunt on behalf of Natural Light Seltzer, owned by Anheuser-Busch, that involved arriving via helicopter at a wine festival
in California.

“Trevor decided he wanted to go in a different direction,” Gajiwala says—before admitting “I will always be grateful that Trevor Wallace decided to pick on White Claw once.”