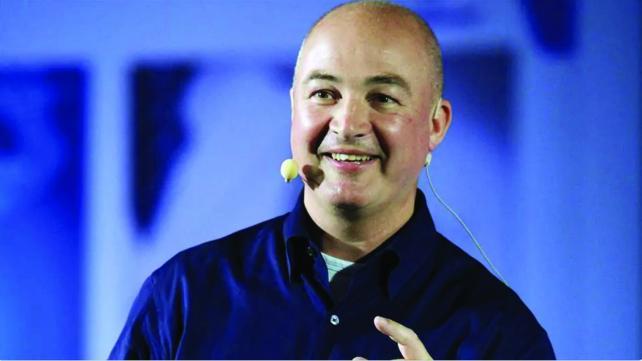 Unilever turned to an insider with digital savvy as its next chief executive officer, naming personal-care head Alan Jope to succeed Paul Polman.

The world's second-biggest marketing spender opted for a safe pair of hands rather than an outside change agent after a shareholder revolt torpedoed the departing boss's plan to consolidate Unilever's headquarters in the Netherlands. Jope's appointment follows a search of more than a year that looked at internal and external candidates.

Jope, 54, runs Unilever's largest division – personal care – which also has been the focus of most of the company's acquisition dollars over the past 10 years under Polman, including the addition of Alberto-Culver Co. The incoming CEO is a Unilever lifer who previously oversaw the compay's business in China and Russia and its personal-care business in the U.S., where he led the launch of Axe in 2002. He also once appeared alongside Donald Trump on "The Apprentice" in 2004.

"He's a real Unilever guy," said Robert Jan Vos, an analyst at ABN Amro Bank. "Everyone at the top of Unilever that arrives there via the internal route has seen a lot of regions, including emerging markets."

The move comes as Unilever, Procter & Gamble Co., Nestle and other global consumer-goods rivals confront slow growth and profit pressures for many of their brands amid growing challenges from smaller local and direct-to-consumer players around the world.

Jope's personal-care division has been fighting back on several fronts, for example in 2016 by adding Dollar Shave Club, which delivers razors and male-grooming kits to homes on a subscription basis. Earlier this year, his group acquired Sundial Brands, focused on brands for women of color in the U.S. And he's sought to boost profitability by assembling a prestige division with high-end skin-care brands such as Ren and Dermalogica.

Jope also founded a tech hub in New York's Tribeca neighborhood last year that focuses on online communications for brands such as Dove and Axe shower gel. Insights gleaned from that team were also used to support new labels such as Love Beauty and Planet, an environmentally friendly personal-care line launched last year.

The executive's previous experience running the company's North Asia division will also help Unilever bridge the gap between that region's reliance on internet purchases and the West's brick-and-mortar retailing model. Last year's takeover of Carver Korea Co. was a bet on the boom in so-called K-beauty products.

The personal-care division had sales of $23.6 billion last year, almost double the food business and nearly 40 percent of Unilever's total revenue of more than $60 billion.

Jope also has experience in the company's food arm, giving him knowledge of both of its key business areas. His appointment was finalized Wednesday at a board meeting at Unilever's North American headquarters in New Jersey. Polman, 62, will support the transition in the first half of 2019, the company said.

He isn't "an external 'rock star' appointment, which might come as a disappointment to some," RBC analyst James Edwardes Jones said in a note. Indeed, Polman was just such an external hire when he was appointed 10 years ago, having spent most of his career at P&G and missing out on the top job at Nestle after serving as chief financial officer there. ING Bank analyst Reg Watson said that while Jope's credentials are "impeccable," investors aren't as familiar with him as with other former candidates, such as Chief Financial Officer Graeme Pitkethly.

Jope will appear alongside Polman and other executives during Unilever's annual two-day investor conference next week, scheduled Dec. 4-5 in Mumbai. Polman's tenure at Unilever got off to a rough start in Mumbai almost 10 years ago when he and his predecessor Patrick Cescau were rescued from a terrorist attack.

Overall, Unilever's stock is up 184 percent on Polman's watch, well ahead of rival P&G's 70-percent gain over the period but behind the 250-percent rise of the S&P 500. Unilever's sales are up about 30 percent over nearly 10 years, even as the company has sold or spun off a wide variety of slower-growing food brands.

Polman fended off an unwanted takeover overture from Kraft Heinz in 2017. That bid fueled an intensification of restructuring efforts for Unilever, the latest of a series on his watch as the company got leaner. But despite the focus on improving profitability – including by paring the number of agencies the company works with and doing more ad production in-house -- Unilever's margin stood at 16.5 percent last year, down from 17.7 percent in 2008, the year before Polman took over.