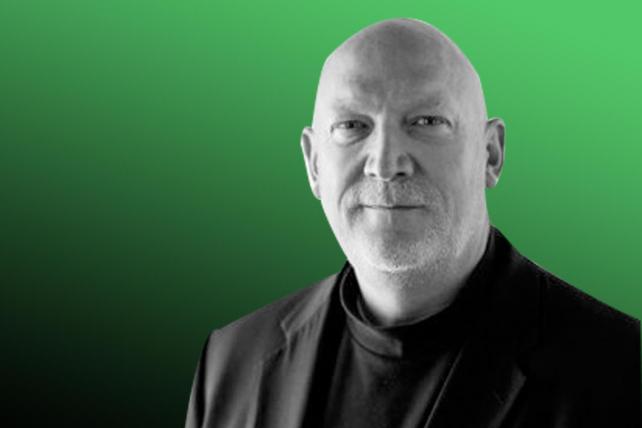 During the first day of Advertising Week in October, Scott Howe, CEO of LiveRamp, prepared to get on stage with Epsilon's President of Data Practice, Stacey Hawes, who for years had been one of his top competitors.

Howe had an epiphany that day, he says, as it marked the official close of IPG's acquisition of Acxiom Marketing Solutions, LiveRamp's then-parent company. Its departure released LiveRamp from some of the conflicts of interest that came with being owned by Acxiom.

"It suddenly hit me: Stacey had been my rival for seven years, but now she had become one of our biggest partners," Howe, who previously served as CEO and president of Acxiom before the deal closed, says. "As I walked around Ad Week, I didn't see a single competitor; Merkle, IPG, Publicis, every direct brand, every marketing cloud purveyor, we could now work with everyone post-AMS."

Indeed, LiveRamp can now work with nearly anyone in digital advertising, but it is certainly not without competitors. It also faces significant headwinds as regulation both here and abroad begins to take shape.

The company on Monday reported revenue of $65 million, up 20 percent year-over-year, in its first earnings post-AMS acquistion.

What does LiveRamp do, exactly?

For instance, LiveRamp could pay Tinder so it can access email addresses from the dating app's logged-in users, as well as the iPhone on which they use the service. They then aggregate that information to create a data asset which is then sold at a markup to Oracle, for example. Oracle in turn provides that data to its own customers – say, P&G – who then use it to target single parents.

Howe says the company has no rivals and it's hard to disagree with him, as LiveRamp has a roster of customers that include Neustar, The Trade Desk, Salesforce DMP (Krux), Adobe Audience Manager, Nielsen DMP, Oracle, Google Display & Video 360 (formerly Google Audience Center) and Lotame.

"We power all those companies," Howe says. "What we worry about most are the potential competitors that we might not see yet."

Those potential competitors are indeed starting to pop up.

Chris Kane, founder of consultancy Jounce Media, says three years ago companies such as Tinder saw LiveRamp's offer to buy its data as found money. "They didn't even know that it was valuable," he says. "But what they've realized over the last few years is that it is valuable, and that there are a number of companies who are willing to pay for it."

As a result, such companies are starting to break their exclusive agreements with LiveRamp, Kane says, adding that they are instead selling to multiple outfits that are interested in purchasing their data. "This data went from being totally exclusive with LiveRamp to maybe approaching commodity status," he says.

"Make no mistake, though," Kane adds. "LiveRamp is in a really strong position and they are the dominant player in this space, but the business isn't as defensible today as it was three years ago. You can start to see a few cracks."

LiveRamp is hedging itself from rivals by creating as many partnerships as it can.

Since October 1, or when IPG's acquisition of AMS officially closed, LiveRamp has struck deals with 25 different "customers," signaling the company's ambitions for future growth. These customers include outfits such as United Airlines, General Motors and Uber, and they can activate their data across nearly any marketing channel. All in, the company has a total of 650 direct customers, up some 30 percent year-over-year.

The company is also expanding its network of integration partners following the divestiture of AMS. Most recently, it struck deals with VideoAmp, Adobe and Data Plus Math, which are all players in the addressable and connected TV space, somewhere LiveRamp feels it can grow its business.

The sale of AMS has also left LiveRamp with a stockpile of cash – $1.6 billion. In its ideal world, LiveRamp will be a translator of all sorts of data for not just marketers, but also for those in sectors such as healthcare, government or education, the company says.

"They seem to be bearing down on the vision for that," Joe Stanhope, principal analyst at market research firm Forrester, says. "Part of separating from Acxiom is building up a warchest to keep investing in themselves."

The San-Francisco-based company says regulatory issues such as GDPR or California's Consumer Privacy Act place a "halo" around its business.

"What is different about LiveRamp is they are not acting on the data on their own behalf, they support brands and other vendors in using data, but they are not the ones doing marketing, selling or deploying ads," Stanhope says. "They try to stand on the right side of the regulatory environment, to be aware of it, to understand it and meet the letter and intent of those of rules. They are vocal about it."

"For any single advertiser to understand the complex and ever changing concept of regulation, our clients and partners need to turn to an expert [such as us]," Howe says. "I truly believe that consumers should have visibility and control of their data."