Looking Ahead After the FTC Workshop on Native Advertising

Publishers Need to Set a Standard, or Risk Regulation
READ THIS NEXT
You Can't Stop Instagram Bots by Looking. Brands Have to Stop Buying Them
Jon Carmen

I've been fascinated by the almost postmodern analysis of the Federal Trade Commission's first workshop on native advertising last week, from reports suggesting that participants deflected questions to a story expressing amazement that the event happened at all. I was there as a participant, trying to help the FTC sort out whether native ads might mislead consumers, and am now struck by the irony of these "news accounts" that bear little resemblance to the event I saw.

Despite the notion that native ads, which resemble websites' editorial content, are only a small portion of the online ad business, they're an increasingly important arrow in publishers' quivers as they try to make sustainable businesses of their pages. We all know that the traditional display ad unit is enduring a race to the bottom. The rise of automated auctions pitting websites against each other is hardly going to improve the picture for publishers.

But critics fear how much native ads are meant to look and act like editorial content, worrying that it can be used to "trick" users, and that's where most of the workshop coverage veered from reality. Despite reports of arguments or mixed opinions, there was nothing but consensus on the issue of transparency. Every panelist at the event was in favor of transparency.

Native advertising is more effective than traditional online display; if it wasn't, we wouldn't even be having this conversation. When it comes to disclosure, however, there is no room for "blurred lines." An ad is an ad and must be labeled as such. Some advertisers will push on this, and choose labeling such as "From Around the Web" that increases click-through-rates rather than labeling that makes clear that this is sponsored content, such as "advertisement" or "sponsored content." A uniform standard would help the industry avoid confusion.

But publishers should have the last say in setting that standard. We're talking about their real estate and their readers, after all. That means advertisers don't set the final word on transparency -- because if we let them do so, we can expect regulation from the FTC.

FTC staffers, including Laura Sullivan, the staff attorney who moderated our panel, had questions around the possibility of standardizing the language "recommendations" of native content. Each panelist pointed to the need for publishers to own this for themselves, and also pointed to the desire to get it right for all three constituencies: Buyers, sellers, and consumers -- with consumers coming first. It is reasonable for the FTC to be aware of standard practices and all the variations, but the publishers should ultimately drive this, as they own the audience. At the end of the day, native advertising should carry clear and conspicuous labeling so that a reasonable person understands that what they are seeing is part of a paid advertisement.

Former Ad Age columnist Bob Garfield also spoke at the event and provided us with a memorable screed, attacking native as "a conspiracy of deception -- a hustle, a racket, a grift." I've always enjoyed Bob's work, and even enjoyed his presentation -- for its entertainment value. The fact is there are many people who regard our entire advertising industry as this "conspiracy," and the native ads we discussed at the workshop have plenty of precedent. Platforms like Facebook and Twitter have been running various types of native ads for years, and they're profiting in part because consumers understand the clear line between social "content" from their friends and the paid ad placements.

For an even more entrenched example, look at ads on search results pages. How many consumers know the difference between paid search ads and organic results anyway? When was the last time you heard anyone complaining about that?

I applaud the FTC for hosting last week's workshop, and my fellow panelists for participating as clearly and candidly as they all did. None of us ducked questions about transparency. The compact between publishers and readers has been driving any standards around labeling and disclosure, and so it should continue to. I think Chris Laird, marketing director at Procter & Gamble, said it best last week: "If it's not transparent, and it erodes consumer trusts, the ROI falls and we just won't invest in it anymore." Native only works if it works for everyone. It's only the top of the first inning for native, and the segment is here to stay. Let's get it right.

ABOUT THE AUTHOR
Jon Carmen is senior VP-operations at Adiant. 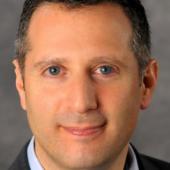 Jon Carmen
View all articles by this author