At Least Eight Have Abandoned His Show Since Attacks Against Sandra Fluke
READ THIS NEXT
‘I cry for justice in her name’: Oprah honors Breonna Taylor on the cover of her magazine

Rush Limbaugh is unfazed by the loss of at least eight advertisers to his radio talk show since calling a Georgetown University law student a "slut" and "prostitute" for testifying before congressional Democrats last week in support of health policy that includes contraception. He said he would replace any advertiser that doesn't want to be associated with his show.

Mr. Limbaugh addressed the incident for the first time on his show this afternoon, saying advertisers have profited handsomely from their access to his listeners and that his show is the "best opportunity they have ever had." 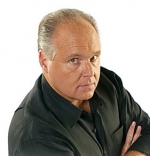 "They decided they don't want you or your business," Mr. Limbaugh continued. That's their business decision, he said. "This show is about you, not advertisers."

Mr. Limbaugh said he rejects millions of dollars of advertising a year, including that of General Motors.

AOL became the latest advertiser to distance itself from Mr. Limbaugh on Monday.

"At AOL one of our core values is that we act with integrity," said Maureen Sullivan, an AOL spokeswoman, in a statement. "We have monitored the unfolding events and have determined that Mr. Limbaugh's comments are not in line with our values. As a result we have made the decision to suspend advertising on The Rush Limbaugh Radio show."

Mr. Limbaugh is known for pushing the envelope, but this advertising pullout is the biggest for the talk radio host, whose three-day attack against a young woman has left advertisers with a bad taste.

It has also raised questions about whether this incident will ultimately lead to the end of the show. Don Imus lost his radio and TV gigs in 2007 after referring to the Rutgers' women's basketball team as "nappy-headed hos," and Glenn Beck faced advertising pressure in 2009 after calling President Barack Obama a racist. Activists persuaded advertisers to boycott Mr. Beck's TV show on Fox News, which ultimately ended last year.

But the sheer logistics of radio syndication might offer Mr. Limbaugh some safety, said Eric Boehlert, senior fellow at Media Matters for America, an organization that seeks to monitor, analyze and address what it believes to be conservative misinformation in the U.S. media. Mr. Limbaugh's three-hour program is on hundreds of local networks, making it difficult to track down all its advertisers.

"We have seen some advertisers don't even know they are advertising on Limbaugh's show, as they buy the network and don't know where their spot ends up," Mr. Boehlert said. Advertisers also seem to give more leeway to talk radio than cable shows, he said.

While Mr. Limbaugh may not care about how advertisers react to his earlier attacks against Sandra Fluke, he did take time during his show to reiterate his apology to her: "I don't expect morality or intellectual honesty from the left. .. The mistake I made is in fighting them, I became like them ... I descended to their level when I used those two words ... that was my error."

Mr. Limbaugh continued by saying that his statement over the weekend to Ms. Fluke was sincere, despite criticism that it was just a face-saving maneuver after advertisers began to distance themselves.

Premiere Radio Networks, which manages the show, did not return requests for comment.

UPDATE: After this article was published, Premiere Radio Networks responded with a statement calling Mr. Limbaugh's remarks an attempt at "absurdist humor."

"Premiere Networks is committed to providing its listeners with access to a broad range of opinion and commentary without condoning or agreeing with the opinions, comments or attempts at humor expressed by on-air talent," the statement said. "We respect the right of Mr. Limbaugh, as well as the rights of those who disagree with him, to express those opinions. The contraception debate is one that sparks strong emotion and opinions on both sides of the issue. Last week, in an attempt at absurdist humor to illustrate his political point, Mr. Limbaugh used words that unfortunately distracted from the message he was trying to convey. We believe he did the right thing on Saturday , and again this morning on his radio show, by expressing regret for his choice of words and offering his sincere and heartfelt apology to Ms. Fluke. "