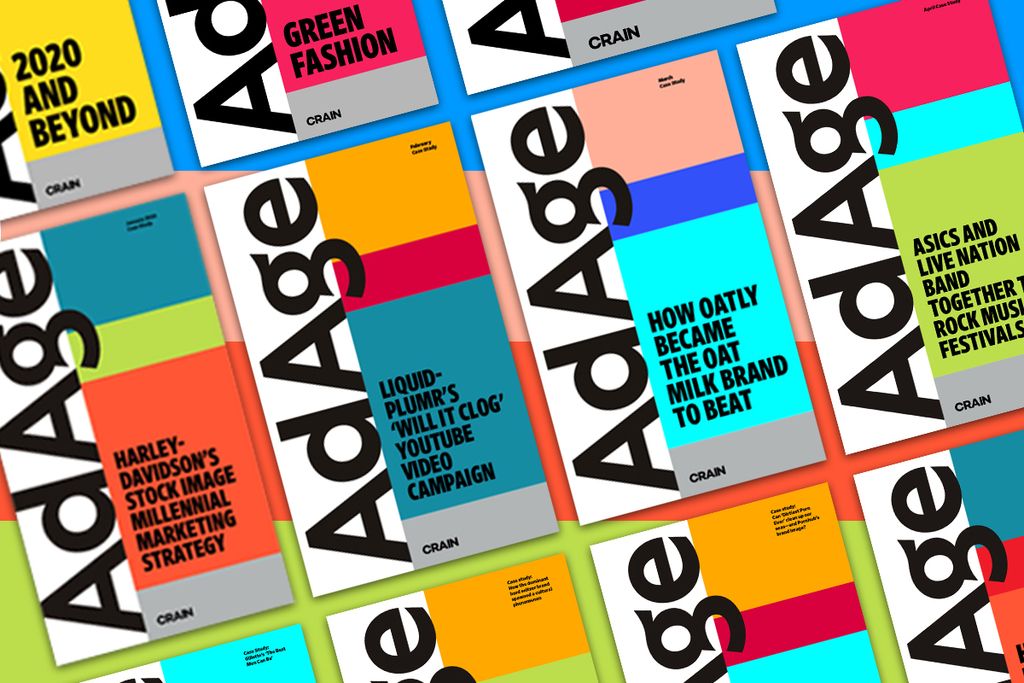 None of this is normal. Seven months into this annus horribilis and unrelenting news headlines that verge on dystopian science fiction, one could hardly be blamed for sometimes fearing that society, much less the industry, is in danger of breaking apart.

Ad Age has set up several blogs to track how brands and agencies are reacting to the upheaval caused by the COVID-19 pandemic, as well as how they're responding to racial injustice and the Black Lives Matter protests that arose in the wake of the killings of George Floyd, Breonna Taylor and Ahmaud Arbery and so many others.

Over the past few years, Ad Age Studio 30 has created and shared in-depth case studies and trend reports as premium content for Ad Age Insider subscribers (click here to access the downloadable PDFs). As the ad world adjusts to the constantly shifting sands of the news cycle, Studio 30 has launched this blog tracking how the brands and industry segments we've highlighted over the past year are faring during the time of coronavirus and social unrest.

On July 16, the Commerce Department data showed that U.S. retail sales exceeded forecasts in June for a second straight month, as states reopened and expanded jobless benefits stimulated consumers to spend. Retail purchases increased 7.5 percent from the previous month after a record 18.2 percent surge in May. What's more, clothing and clothing accessories sales rose 105.1 percent over the previous month.

But as COVID-19 cases spike around the country, forcing states that reopened too soon to contemplate shutting down businesses again, and jobless claims continuing to rise to levels higher than previously projected, analysts are warning that the unexpected exuberance may be short-lived. "Retail sales are now back to their pre-coronavirus levels,” Oxford Economics’ Lydia Boussour and Gregory Daco told Bloomberg News. “But while today’s report gives the illusion of a fearless consumer spending lavishly, the reality is more sobering: consumers are increasingly fearful amid new spikes in Covid-19 cases and a looming fiscal cliff.”

Back in April, Studio 30 contributing writer Michael Applebaum's trend report on how the clothing industry's embrace of green fashion has forced fast-fashion giants H&M and Zara to adopt a more sustainable footprint and eco-friendly marketing message to meet the environmental concerns of its core millennial and Gen Z customers. And now "mainstream retailers," Applebaum added, "including Macy’s, Nordstrom and the Gap, are jumping on the resale bandwagon through new partnerships with ThredUp, and analysts are now predicting that the secondhand clothing market will overtake fast fashion during this decade."

Ad Age retail reporter Adrianne Pasquarelli recently reported that the coronavirus pandemic may have accelerated this trend. In its annual resale report, released a month ago, ThredUp "says it saw more visitors and activity to its site during coronavirus-related lockdowns—consumers spent 37 percent more time on ThredUp’s site than pre-COVID-19, the company says, noting a record number of visitors in May."

Oprah puts the 'O' in Oatly

When the case study "How Oatly Became the Oat Milk Brand to Beat" was published in March, during the height of the first wave of the coronavirus, few could have predicted that the dairy alternative would have been one of the most in-demand products in pandemic panic buying. Nielsen data for the 52 weeks ended March 7 showed that retail sales of oat milk (up 347.1 percent) were five to six times higher than those of dried beans and rice, outpacing even household items like rubbing alcohol (up 253.8 percent) and bath & shower wipes (up 253 percent). Only hand sanitizer (up 470 percent) and aerosol disinfectants (up 385.3 percent) saw bigger increases during the period. And for the week ending February 22, oat milk sales spiked more than 300 percent—even outpacing spikes in hand sanitizers (54 percent) and disinfecting spray (19 percent).

We weren't the only ones to notice: Oatly made news last week with the announcement that it had secured $200 million in new capital from an investment group led by Blackstone and a group of celebrities, including Oprah Winfrey, Jay-Z and Natalie Portman, as well as former Starbucks CEO Howard Schultz and Rabobank Group’s investment arm. Meanwhile, the corporate parent of Oatly's rival Chobani Oat took a stand when it joined the Facebook ad boycott over what the "Stop Hate for Profit" movement says are the social media giant's inadequate response to hate speech on its platform.

On Wednesday, Rolling Stone published the details of a memo it had obtained from Live Nation to talent agencies. As the concerts giant deals with the catastrophic effects the COVID-19 pandemic has wrought on its core business, the letter outlined how Live Nation planned to mitigate the massive losses it has suffered this year: by passing on much of the financial liability to the artists themselves in 2021. Among the policies Live Nation is implementing next year: cutting the "guaranteed" payments to artists if a show is canceled from 100 percent to 25 percent, and requiring artists who cancel performances to reimburse the company two times the artist's fee.

Two months ago, when Studio 30 contributing writer Tony Case reported on Live Nation and Asics' experiential marketing partnership at three of the concert behemoth's biggest festivals, the countrywide quarantine was well under way. But even in the face of that reality, and forecasts of the virulent spread of the novel coronavirus, Live Nation was hopeful that it would be able to make the most out of an incredible, uncontrollable situation: After canceling the first of the big three fests, Governors Ball in New York, the company postponed Bonnaroo until September and announced they were still planning on staging Lollapalooza in late July. [Update, June 25: Despite the optimism, the company finally pulled the plug on Bonnaroo and announced the festival would take place June 17-20, 2021.]

Back in December, contributing writer Michael Applebaum reported on the Popeyes chicken sandwich phenomenon for a Studio 30 case study. Six months later, it seems almost quaint looking back at the social media battles that gave the Louisiana-based restaurant chain a leg up in the Great Chicken Sandwich Wars last summer—not to mention the very long lines and unforeseen demand IRL that resulted in Popeyes selling out of the main ingredient for the sandwich for months.

But in addition to emerging victorious in the marketing battle, Popeyes has now won three Creativity Awards, as Ad Age announced this past Monday: two for Launch of the Year for GUT Miami's play on #Popeyesgate and for GSD&M's two-word tweet ("y'all good?") that set the internet on fire—which also won the Tiny but Mighty award in the Work category.

On June 3, Popeyes joined a growing chorus of brands supporting the Black Lives Matter movement. On the same day, the restaurant's chicken sandwich war rival Chick-fil-A released a statement of empathy and solidarity with its African-American colleagues and the BIPOC community at large—while stopping short of declaring "Black Lives Matter." CEO Dan T. Cathy also joined the Atlanta Committee for Progress along with other business leaders including the heads of Coca-Cola and Delta Air Lines, pledging to work “on concrete actions and solutions to move toward a more inclusive just society."

But after years of criticism for anti-LGBTQ+ bias due to its charitable foundation's donations to religious-oriented organizations that are outspoken in their rejection of homosexuality, the Georgia-based chain found himself in the middle of another controversy when Cathy agreed to take part in a roundtable discussion on race at an Atlanta megachurch on June 14 with the pastor, Louie Giglio, and hip-hop artist Lecrae, among others.