Plus news on Disney+, Accenture Interactive and TV spending
READ THIS NEXT
Sephora plans dozens of new U.S. stores in bet on physical retail resurgence 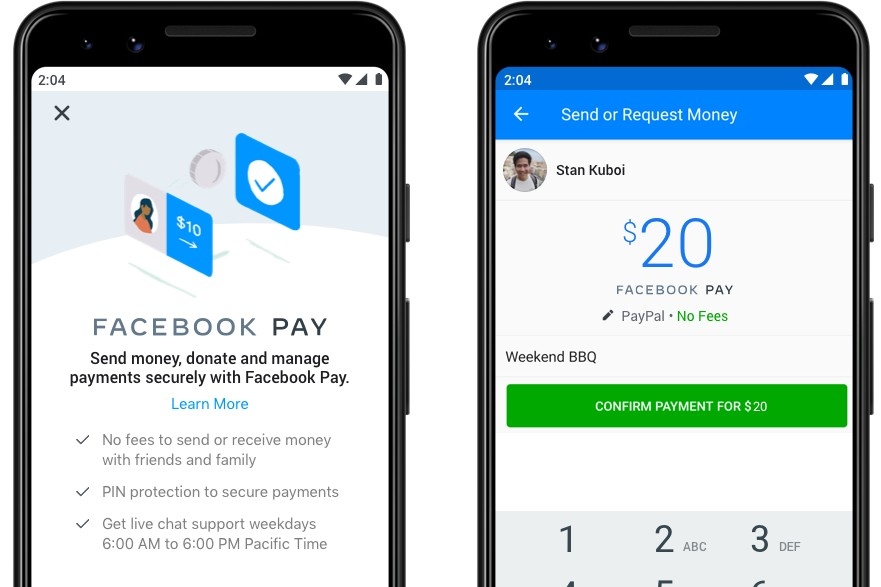 Hello, Facebook Pay
Facebook Pay is coming, and it’s exactly what it sounds like—a way to pay for things via Facebook and its other apps, Messenger, Instagram and WhatsApp. “It’s rolling out on the core Facebook and Messenger apps, but will be added to Instagram and WhatsApp in the future,” CNBC writes. The new system, which will start coming online this week in the U.S., is separate from Libra, Facebook’s embattled cryptocurrency.

Timing is everything, and in this case Facebook’s move feels late. It's competing with players like Venmo, which is already well-established. And now whenever Facebook announces anything of this nature, there are eye rolls from people worried about data privacy. (On a side note, the day’s other big Facebook news was about a bug that “inadvertently accesses a user's iPhone camera while they're scrolling through the News Feed,” CNN Business reports.)

Of special interest to marketers: People’s purchases via Facebook Pay will be used to target them with content and data. Facebook VP and Chief Privacy Officer of Public Policy Erin Egan wrote in a post, “For example, if you buy a baseball glove on Facebook Marketplace, you might see an ad for a baseball bat,” which is a simple, non-threatening and almost adorable way to describe how targeted ads works.

Disney said consumer demand for the service had exceeded its highest expectations. “While we are pleased by this incredible response, we are aware of the current user issues and are working to swiftly resolve them,” a spokeswoman said in a statement.

As Stephen Colbert tweeted, “My favorite Disney+ show so far is Buffering.”

Meanwhile in the agency world
Tuesday brought two big account moves. Part 1: Accenture Interactive got its first major global appointment since buying Droga5: It won Kimberly-Clark Corp.’s baby-care business, Ad Age’s Jack Neff and Lindsay Rittenhouse report. The win for Accenture and Droga5 was a loss for WPP. “WPP, whose Ogilvy shop previously handled Huggies and Pull-Ups in the U.S. and globally, will continue to work on the business in Canada and the Asia-Pacific region,” Neff and Rittenhouse write. WPP also recently suffered a blow when its agency Wunderman Thompson lost Johnson & Johnson brands Tylenol, Listerine and Zyrtec.

Part 2 in today’s roundup of account changes: State Farm named the Marketing Arm as its brand creative agency. “The new relationship deals a blow to DDB Chicago, an agency partner of State Farm’s for some seven decades,” Ad Age’s Adrianne Pasquarelli writes. “While DDB will still remain working with the marketer, its shift away from lead agency on creative is a significant demotion.” DDB and the Marketing Arm are both owned by Omnicom Group, so the business is staying in the family.

Just briefly:
How low can you go?: “TV ad spending is expected to drop nearly 3 percent this year to $70.3 billion, falling below 30 percent of total U.S. ad spend for the first time,” Ad Age’s Jeanine Poggi reports, based on a new report from eMarketer.

Cuts: E-cigarette maker Juul Labs, under pressure from regulators and federal investigations, “is cutting around 650 jobs, or about 16 percent of its total workforce,” The Wall Street Journal writes.

Redesign of the day: The Atlantic magazine has an elegant new look. The new logo is a single letter A, and there’s a “spare, less-cluttered cover,” Ad Age’s Ann-Christine Diaz writes.

Ad of the day: In HP’s new ad, "12 Days of Christmas" turns into a song about “teens-a-texting,” “lads-a-liking” and "swipers swiping.” Michel Gondry ("Eternal Sunshine of the Spotless Mind") directs a spot from Goodby Silverstein & Partners suggesting—with humor—that people spend less screen time during the holidays, Ad Age’s Alexandra Jardine writes. Better yet, they can use gadgets from HP to print up analog amusements like paper airplanes.

Ad Age Next: Publishing will be held Thursday in Manhattan, with speakers from New York Media, The New York Times, Essence, The Atlantic and more. They’ll talk about the challenges faced by content-makers and the marketers that partner with them. Learn more here.