Over the course of the pandemic, we’ve seen a number of startups sprout up on the scene, led by agency vets (like Mischief @ No Fixed Address and Slap Global), marketing vets or a combination of both. Now, you can add publishing to that mix.

Marvin is a new independent media and entertainment company led by advertising and marketing leaders Geoff Cottrill and Gary Koepke and publishing veteran Marvin Scott Jarrett, founder of magazines Nylon and Ray Gun. Together, the trio say they say they are trying to shake up advertising by bringing together creative and marketing expertise with the direct distribution of an in-house media outlet.

“We are a storytelling company, not an agency,” claims Marvin’s chief brand officer Cottrill, who last served as senior VP of strategic marketing at Coca-Cola. Prior to that, he was president of MullenLowe Boston and also served in top marketing posts at Starbucks and Converse, where he led a number of entertainment-oriented initiatives including the Rubber Tracks Studio, which offered recording studio time and mentorship to up-and-coming artists. “We’re trained to think: brand, agency, publication," Cottrill says. "I question why they have to be three different things. Why can’t they come together, use all available platforms, put our heads together and don’t even think about the boundaries? We will tell a lot of different stories in a lot of different places—print, digital, episodic programming, film."

Jarrett, who serves as the company’s CEO, approached Koepke with the idea of creating a creative company that could partner more closely with brands on content while providing an-in-house media outlet (such as a magazine) rather than treating them as clients. In the agency world, Koepke, Marvin's chief creative officer, last served as exec VP group creative director at Hill Holliday Boston, but also previously held top posts at Sapient Nitro, where he was VP, North American chief creative officer. He also co-founded indie Boston shop Modernista! and was a creative director at Wieden+Kennedy. Prior to that, however, he had been the founding design director at Vibe magazine.

“I’m a lifelong marketer,” said Cottrill. “I’ve run an agency, worked at brands. As a leader of brands, the avenue of how brands can communicate with consumers can be quite boring. I got tired of ads.” 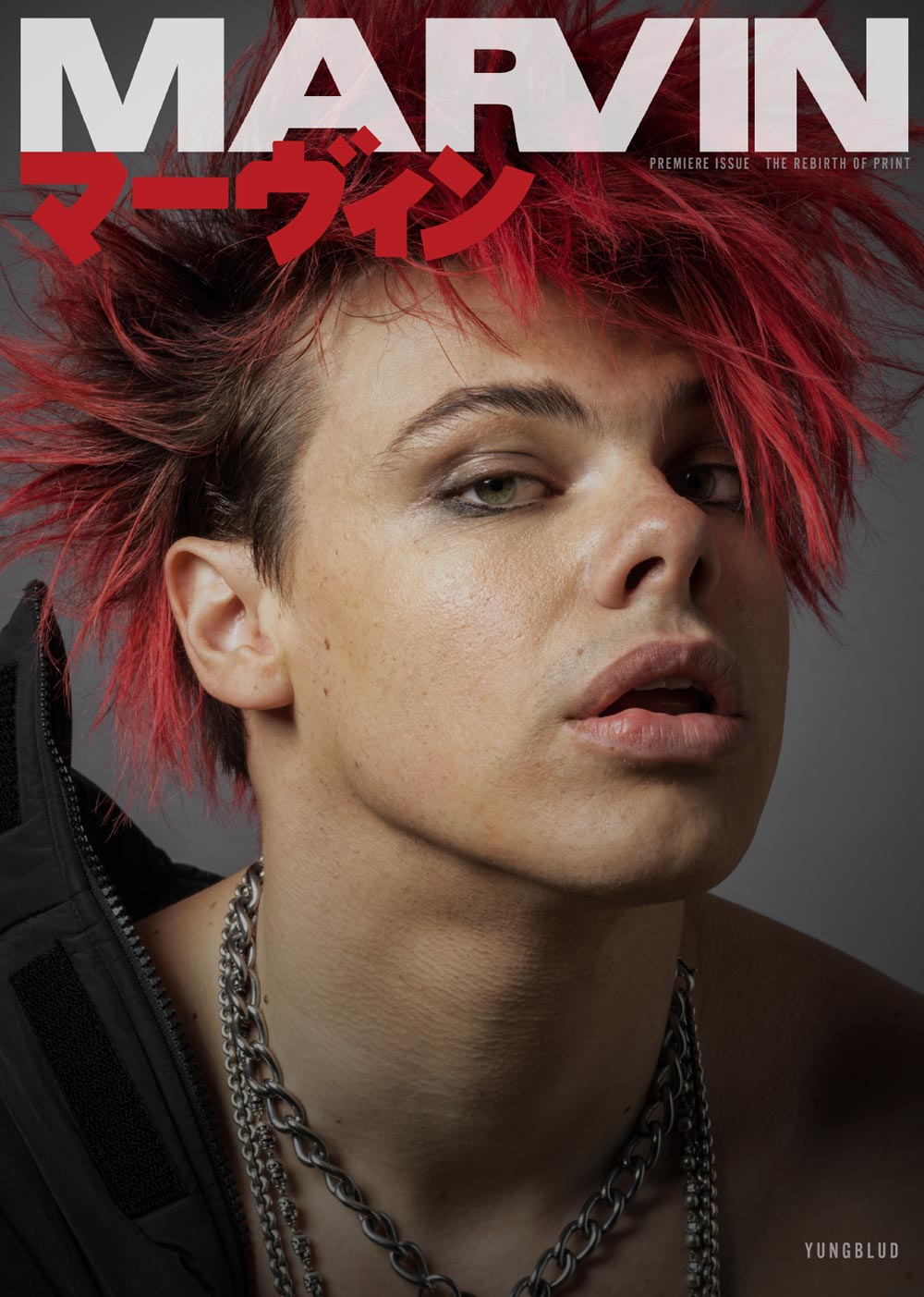 Koepke says Marvin aims to “put brands into culture as opposed to sticking them on top,” the latter being how he describes more “traditional” approaches like banner ads and product placements. Its first storytelling venture is the company’s namesake magazine, Marvin, an oversize quarterly edition printed on high-quality paper stock. Available at select retailers worldwide, including Magculture in London, Casa Magazines in NYC and Tsutaya Books in Tokyo, its premier edition, featuring Porsche as its sole sponsor, is filled with tastefully lit photos and articles about creators like the singers Ace Tee and Yungblud, the rapper Raftaar.

Marvin seeks a brand to “partner” with on every issue. “It’s not a straight media buy,” says Cottrill. “We will work with brands to find interesting stories when appropriate, and we will be producing different content to integrate the brands.”

The name of the mag, and the company, comes from Jarrett himself: “I can’t tell you how many times people have asked me, ‘Marvin, what’s cool?’” says Jarrett.  “Rather than telling them anymore, I want to show them.”

Yungblud appears in the premier issue of Marvin.

The magazine is “simply one element of the relationship” with Porsche, Cottrill says. “We’re working with Porsche on a number of initiatives that we can disclose in more detail soon.”

The Marvin founders decline to discuss any other client relationships in the works, but say they are hoping “to work with brands that want to have a meaningful place in culture and want to contribute to culture,” says Cottrill.

But even without a brand partner, the company intends to create stories. “Our business is not based on whether or not we secure ‘sponsors’ for any of our work,” says Cottrill. “We are not another advertising agency that is ‘selling’ the idea of branded content. We are a standalone media company focused on producing quality content and sharing that content across a wide spectrum of media platforms. Where it makes sense to work with brands, we will. Where it doesn’t, we simply won’t.”

As for the company's long-term revenue model, it "doesn’t reflect anything like the traditional agency model, as we’re not an agency," says Jarrett. "We’re more like a Radical Media or an Anonymous Content than anything else, although we won’t be limited to film and video work, as they are. We’ll create and produce content that will come out under our brand, Marvin, rather than white label content as a work-for-hire vendor for programmers, networks or advertisers."