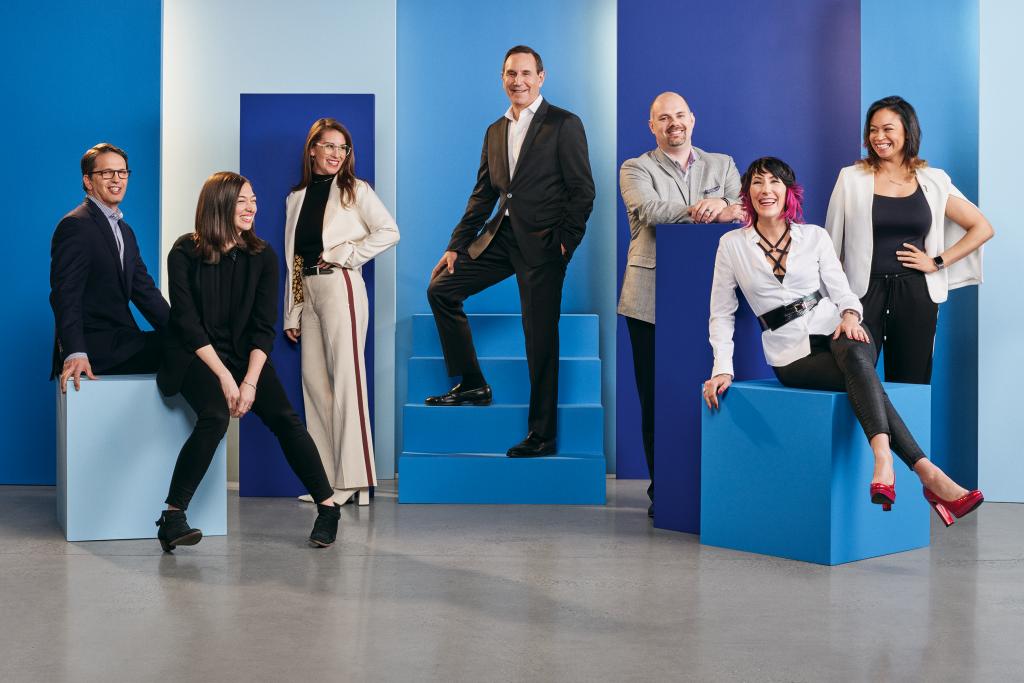 It’s as if Edelman anticipates you. When its elevator door glides open, someone is already waiting. Another guides you to your meeting and later materializes to escort you from the penthouse floor down to and through the turnstiles at the New York office’s 250 Hudson Street lobby.

That might seem like the glad-handing expected of an old-line PR firm, but today’s Edelman is anything but. This is an agency that doesn’t just rush in to reshape a brand’s story; it creates the story. Today, nearly a third—31.5 percent—of Edelman’s business comes from brand marketing. As a discipline, it ranks only behind corporate and crisis management at 36.4 percent. The remainder is digital (18.7 percent), public affairs (9.6 percent), and intelligence, data and research (3.8 percent).

That pivot toward what the shop calls “earned creative” was a tactical decision five years in the making from President and CEO Richard Edelman, who runs the firm his late father founded as a PR shop 67 years ago.

“I don’t know what other company five years ago could have decided to add 500 people in creative and planning,” says Edelman, sitting in a white conference room in his shirtsleeves.  He says it was possible because of the agency’s independence. “They weren’t billable right away [but] we had to have a body of work so that [clients] believed.”

And what a body of work it’s creating. Edelman busted assumptions of what an “average” family looks like with an arresting HP film and rescued Crock-Pot from a literal fire when a beloved character from NBC’s “This Is Us” was killed in blaze caused by a janky appliance. Edelman dreamed up and executed the idea to redesign the Nasdaq bell for Sonos. (Anomaly also worked on that project.) It was Edelman that added Braille “love notes” to the packaging of Kellogg’s Rice Krispies Treats.

Crock-Pot exemplifes what Edelman does best: social monitoring, crisis communication and a buzzy creative solution when fans blamed the cooker for Jack Pearson’s death in “This is Us.”

“People had trouble determining fact from fiction,” says Ashley Mowrey, global director of PR and social media marketing at Newell Brands’ Crock-Pot, who says Edelman’s Atlanta office helped it navigate the tricky task of “being empathetic” with viewers of the show while also striking just the right tone when addressing the problem.

The result was #CrockpotIsInnocent and a video, shot in 48 hours, featuring Milo Ventimiglia, the actor who plays Pearson, talking about settling differences and forgiving while he serves up a bowl of Crock-Pot chili. With a zero-paid media budget, the film generated 3.7 billion impressions and drew millennials into an aging franchise. But it also generated more than $300,000 in incremental Crock-Pot sales during the four weeks after it aired. “We solve, we don’t just create impressions,” says Edelman.

“What really matters is the commercial impact you’re having,” says Russell Dubner, president and CEO of Edelman U.S.  “How do you bring attribution to the change you’re making for the client?”

The “love notes” program for Rice Krispies Treats generated a 9.3 percent increase in dollar sales for the four weeks after the program over the prior year, for example, and the HP “All American Family Portrait” film delivered a six point increase in purchase intent for the company’s Envy printer, the agency says.

Churning out the work is an eclectic mix of people with expertise in film, art, animation, TV, branded journalism and more; they hail from places including McCann, Deutsch, McGarryBowen, Digitas and JWT.

The shop put the world on public notice of its creative intentions this year when it announced that “Like a Girl” creator Judy Johns was signing on as its first global chief creative officer from Leo Burnett Canada. “What she said is, ‘Your ideas are better than your execution,’” says Edelman about wooing Johns. “That really appealed to me.”

Although a staunch independent—Edelman says his three daughters will take over someday­—the firm can go toe-to-toe with holding companies that offer “solutions” that tap many agency resources. Edelman says the shop, which notched $547 million in U.S. revenue for its fiscal year ended in June 2018 on the strength of an 11 percent pickup of net new business, is in a good place to compete.

“We’re happy to be Switzerland, to work with ad agencies, and we do that very well, says Edelman. “However, at the table we’re an equal and sometimes a better choice.”