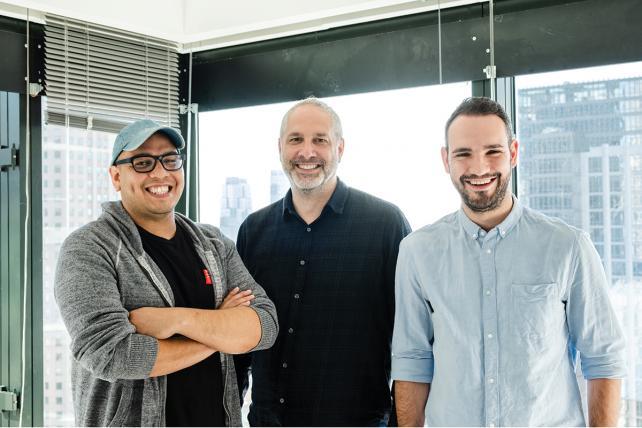 This year's Super Bowl saw great ads from brands like Amazon, Toyota and the NFL. But four months on, it's clear that the four-part "It's a Tide Ad" campaign had the biggest buzz. The spots spoofed traditional advertising genres and tropes, "fooling" viewers into thinking they were watching a beer ad ... no, a diamond ad ... no, a car ad. You get the idea. One ran in each quarter of the game, and as audiences caught on, every new commercial became an opportunity to spot whether it was actually for Tide.

"There were memes on Twitter less than five minutes after the first spot aired," says Daniel Lobatón, creative director on Tide at Saatchi & Saatchi New York, which created the campaign. "It was gratifying to see people generate content before the second spot had even run."

"We managed to gamify the game night," adds Art Director Jacopo Biorcio, another of the creatives at Saatchi who worked through endless brainstorming sessions hashing out new ways to poke fun at old ads. The large team included Paul Bichler, executive creative director on Tide, who led along with former Chief Creative Officer Javier Campopiano, now at FCB Mexico.

"We could easily establish a look for a car commercial" that the audience would recognize, Bichler says. The same went for jewelry and workout ads. Beyond that, the team looked for brands with "great equity" that would make for a funny reveal. "Old Spice and Mr. Clean are well established and easily recognizable [and] willing to play along with us," he says. It helped that, like Tide, they're owned by Procter & Gamble, but Budweiser signed on later and let the team use footage of a Clydesdale.

Lobatón and Biorcio also worked on the more serious "The Compliment" for Olay, which captured women's reaction to praise on their looks followed by "for your age." And Bichler was on board last year's for Tide Super Bowl push starring Terry Bradshaw, which seamlessly integrated the ad with network coverage of the game, as well as several spots in Dos Equis' "Most Interesting Man in the World" campaign.

One reason this year's Tide campaign resonated with so many people and hit so many different comedic notes was the diversity of the team that created it, says Lobatón, who's originally from Peru. Biorcio is from Italy. "You get different points of view on how to hack this thing and what the boundaries of the idea could and could not be, how it could or could not behave. Having people from Australia all the way to Brazil just added to that mix of takes on how to interpret this concept."