Adidas gets a spokes-Muppet, 'Real Beauty' travels across brands, and more
READ THIS NEXT
The top 5 creative campaigns you need to know about now

This week we saw a pair of clever, but completely different, campaigns for Pedigree. First, a Latin American push from BBDO Mexico consisted of deceptively simple images, honoring how our dogs have helped us endure the stress and turmoil of the past year. Simple, graphic illustrations depict people who appear to be wearing masks, but on closer inspection, you’ll see that it’s the pooches who are actually “protecting” them. 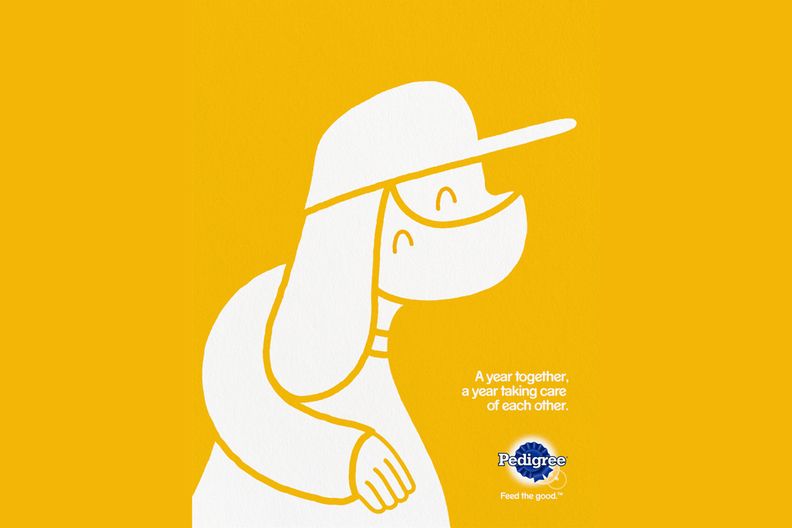 In the U.S., BBDO New York brought the brand’s adoption efforts to the latest social media platform du jour, Clubhouse. The effort invited potential dog owners to “meet” their prospective dog babies and get info on how they could adopt them in the app. On top of that, Pedigree agreed to cover the adoption fees for all the dogs matched through the chats. 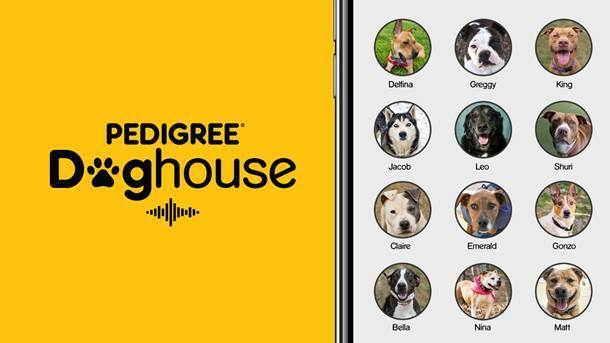 4) Mega Tuna: Everyone wants to have it
Agency: Gigil

Manila-based agency Gigil is back with another bizarre ad, this time promoting canned fish brand Mega Tuna. The spot depicts a woman, sitting peacefully at her dining table tucking into a meal of Mega Tuna and rice. But an unexpected guest gets envious and the story takes a frightful turn. (You might remember the agency for its freaky ideas for RC Cola).

Brands in recent years have broadened the conversation around aging. The depictions of the elderly leading sedentary, quiet lives perhaps have started to fade as we see more ads acknowledging that life’s thrills continue into your 60s and beyond. Last year, for example, incontinence brand TENA depicted older women unabashedly embracing their sexuality, and now, a new campaign from lubricant brand Replens celebrates sex in the golden years. Billboards and posters created out of U.K. agency The Gate feature striking black-and-white portraits of diverse couples, unclothed and entwined. The tagline reads, “Sex never gets old.” 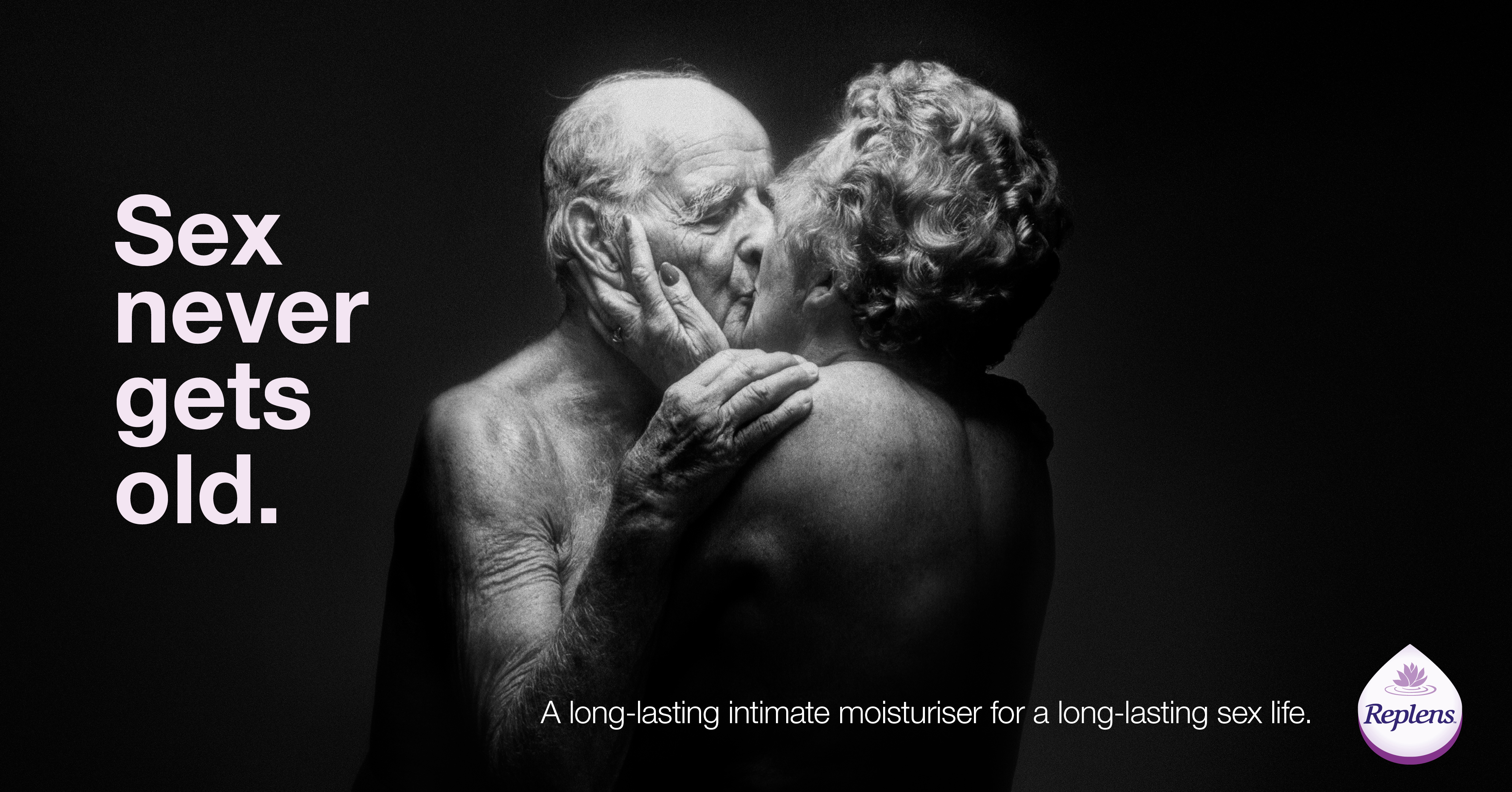 Kermit the Frog has a new buddy in the latest campaign for Adidas Originals from Johannes Leonardo. The famous amphibian hangs with Stan Smith in ads promoting the tennis great’s namesake line, which has been redesigned to be more sustainable—all forthcoming shoes will feature uppers from recycled materials. Along with the announcement, Adidas is also releasing new Stan Smith styles, themed around Kermit as well as his fellow characters from the Disney Universe, including Wall-E, Yoda and others.

1) Dove: Show Us. It’s on us
Agency: Lola MullenLowe Madrid

And, at number one, Dove continues to promote its mission of “Real Beauty” across other brands’ commercials in a new campaign from Lola MullenLowe Madrid. Previously, Dove’s “#ProjectShowUs” attempted to expand the marketing world’s depiction of beauty with a decidedly diverse collection of stock photos featuring an array of models that don’t fit into the traditional mold. More recently, it took that idea straight into the casting calls of other brands. It worked with independent casting agencies to secure commercial auditions for diverse female talents for spots for other major brands, offering to pay the talent fees for those cast in the ads. The initiative saw the actors and models landing roles in commercials for Nedbank, Krispy Kreme, Magnum and more.