Ad Lib: Bryan Buckley on the Super Bowl Ad He Wishes He Made (and the Nearly Six Dozen He Did) | Ad Age
Skip to main content

Ad Lib: Bryan Buckley on the Super Bowl Ad He Wishes He Made (and the Nearly Six Dozen He Did) 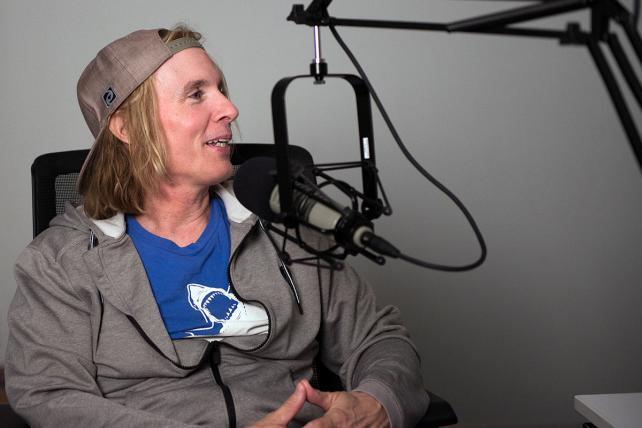 Bryan Buckley has nearly 60 Super Bowl credits to his name. He's directed spots for underdogs like Monster.com and It's A 10 Haircare, and for some of the biggest marketers out there like Coca-Cola and Bud Light. It's not unusual for Buckley to juggle several Super Bowl spots in any given year. But this year a foot injury side-lined him.

While he directed some very clean toilet humor for Febreze this year, his injury meant he had to give up two additional directing gigs.

"It was like an injury in the middle of your season… I live for the Super Bowl, it was so depressing. But it put a lot of stuff into perspective pretty quickly," Buckley says.

Buckley first got into the Super Bowl scene in 1999 with the now-iconic Monster.com ad "When I Grow Up."

In the spot, Monster.com presents a series of black-and-white shots of kids speaking directly into the camera: "When I grow up, I want to file all day." "I want to be a yes man." In a move to encourage viewers to find a better job, the tagline read: "There's a better job out there."

Buckley insisted on casting everyday kids instead of professional actors, and traveled around the country to do just that.

It's the same attitude he took working on Procter & Gamble's Febreze ad this year. Buckley knew how important it was to find the right "Dave," the star of the spot whose "Bleep Don't Stink."

Buckley casted all over the country with no scripts, just asking potential "Daves" to talk about their special quality.

Buckley certainly doesn't shy away from a challenge. It's why he took on directing the first Super Bowl ad for Cash4Gold in 2009, which spoke to the fear and uncertainty around the national economy.

And last year, he directed the ad for It's a 10 Haircare, which took shots at President Trump's hair.

On Super Bowl Sunday, Buckley, a huge New England Patriots fan, will be watching from his couch. He went to a party last year, but says he can't really enjoy watching the commercials in that kind of setting.