Sexy firefighter calendars are so passé.

Fire extinguisher brand Element is introducing a new, more inclusive pinup for your mantle with the help of run-of-the-mill, decidedly "unsexy" guys, in a campaign created with ad agency The Local Collective (TLC).

Instead of six-pack-packed photos, Element's "Bored Fireman" calendar includes pics of flabby, not-so-ripped and not-so-busy firefighters “who have been put out of business because [Element's] product is so damn effective," the agency's release states.

Featured in the pages are dudes including Pensive Pete, Stacked Steve, and Laidback Larry, who, thanks to Element, have plenty of time to devote to hobbies such as painting, card castle building and knitting. 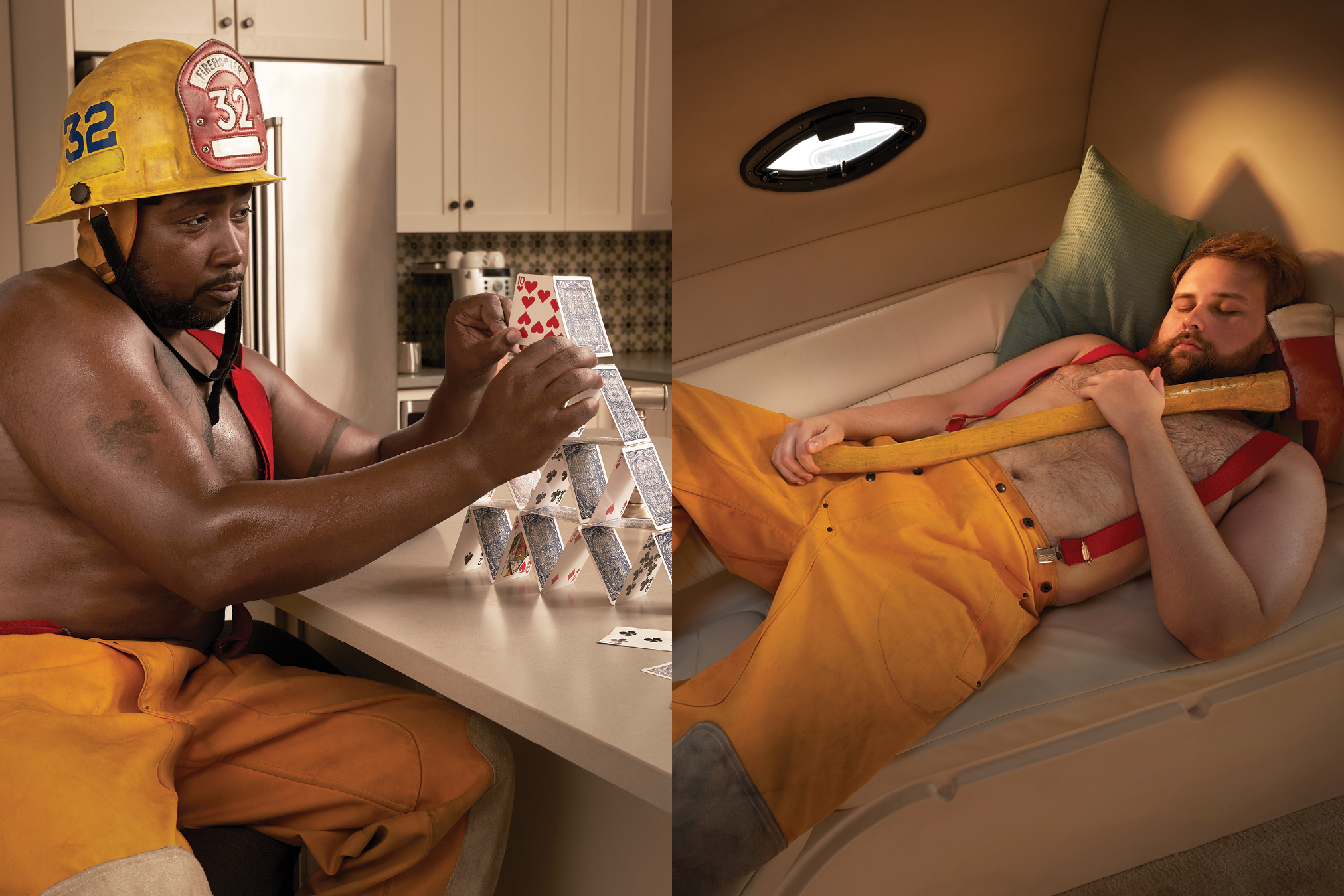 The campaign ultimately shows consumers that there are other options out there—when it comes to both firefighter calendars and fire extinguishers. Element bills its product as innovative compared to the fray because it's 80% smaller and 1/10th of the weight of traditional extinguishers.

“We know that most people think there’s only one option for a fire extinguisher and they’re awkward in size and shape—kind of like Mr. September—but the truth is that the military, police, and special forces were using alternative technologies for many years that are substantially safer and more convenient to put out fires,” said Robert Calisi, owner of Element in the statement. “We felt that everyone deserved to have these tools available to keep their families and property safe.” 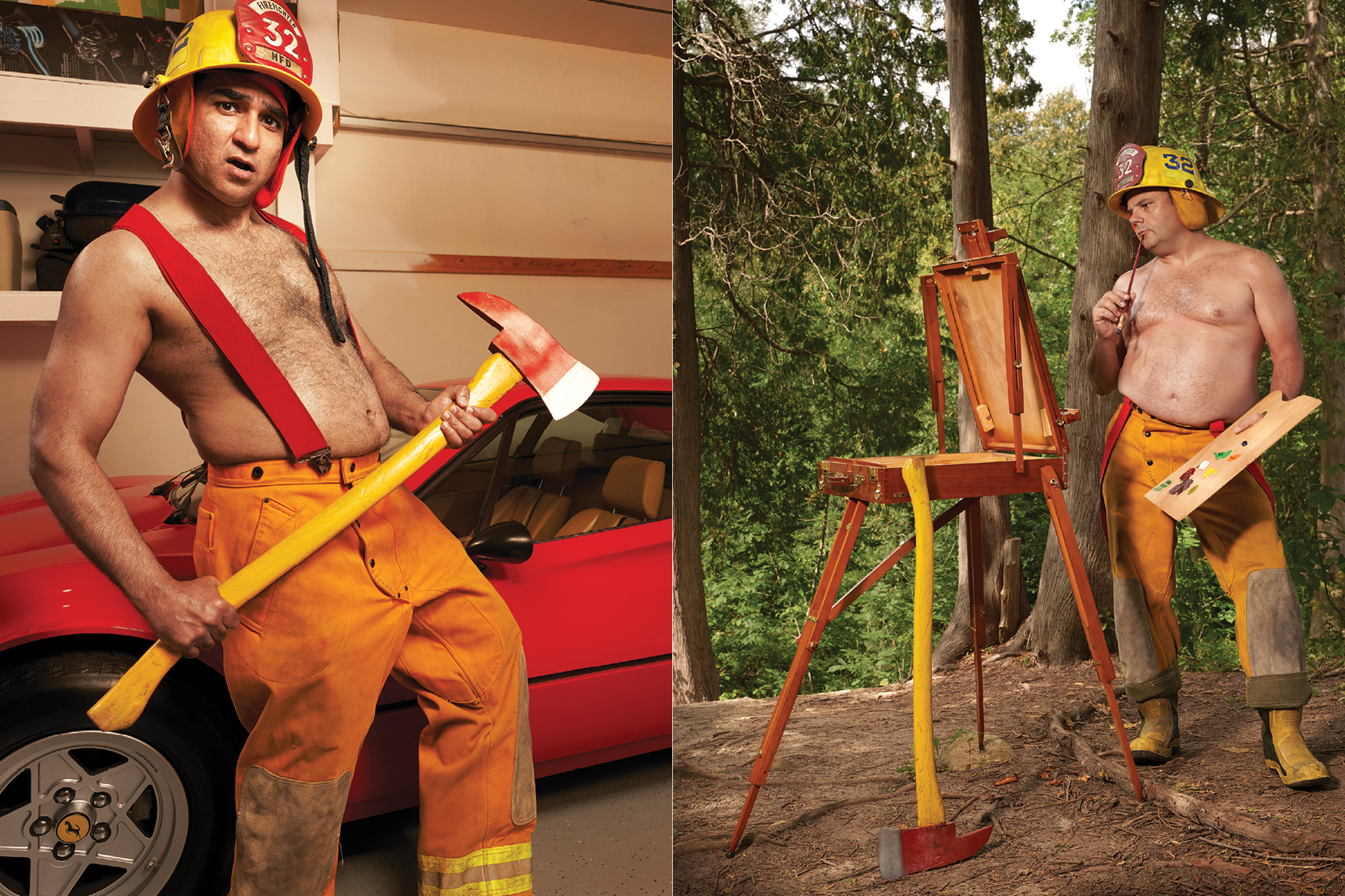 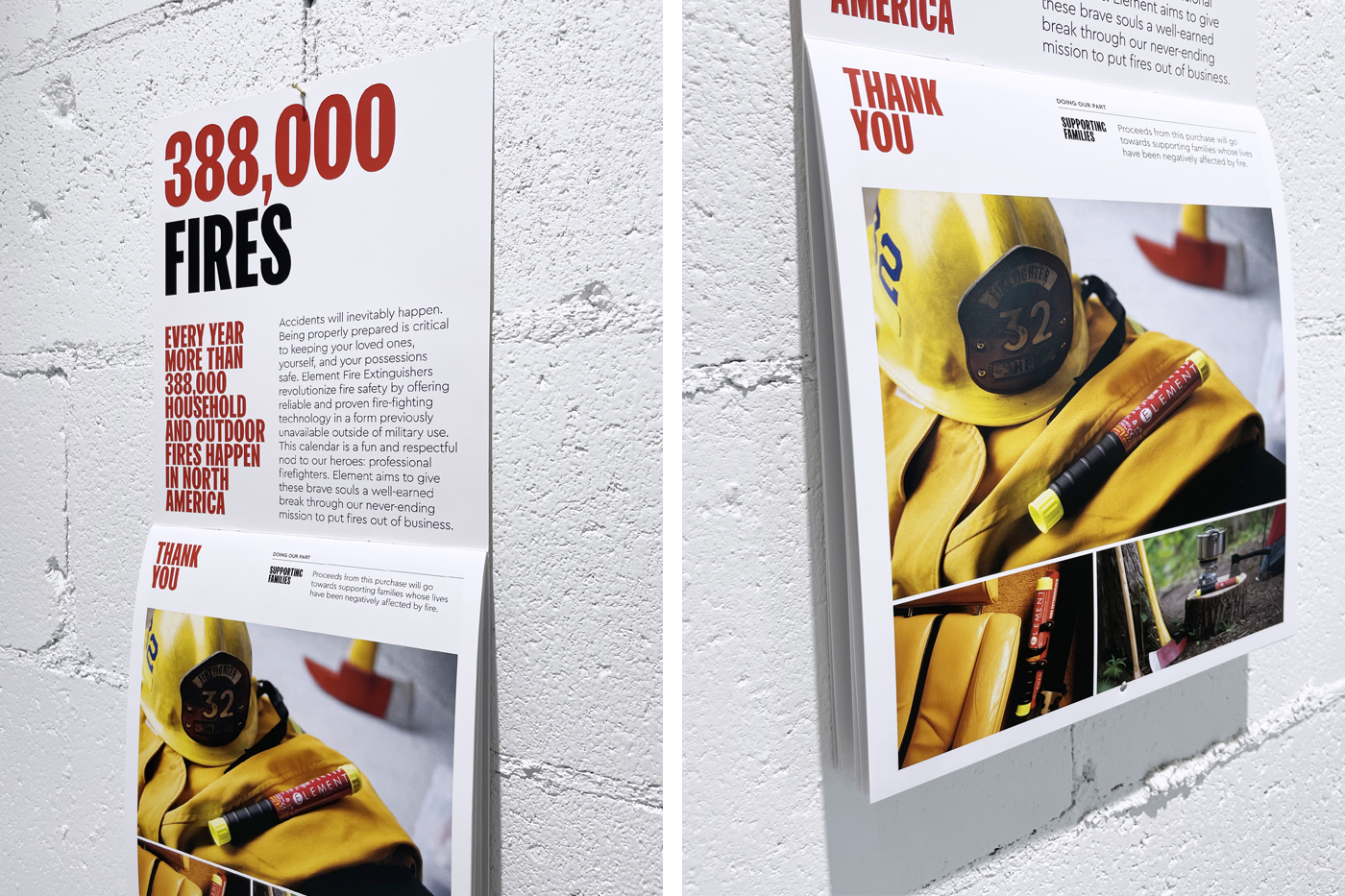 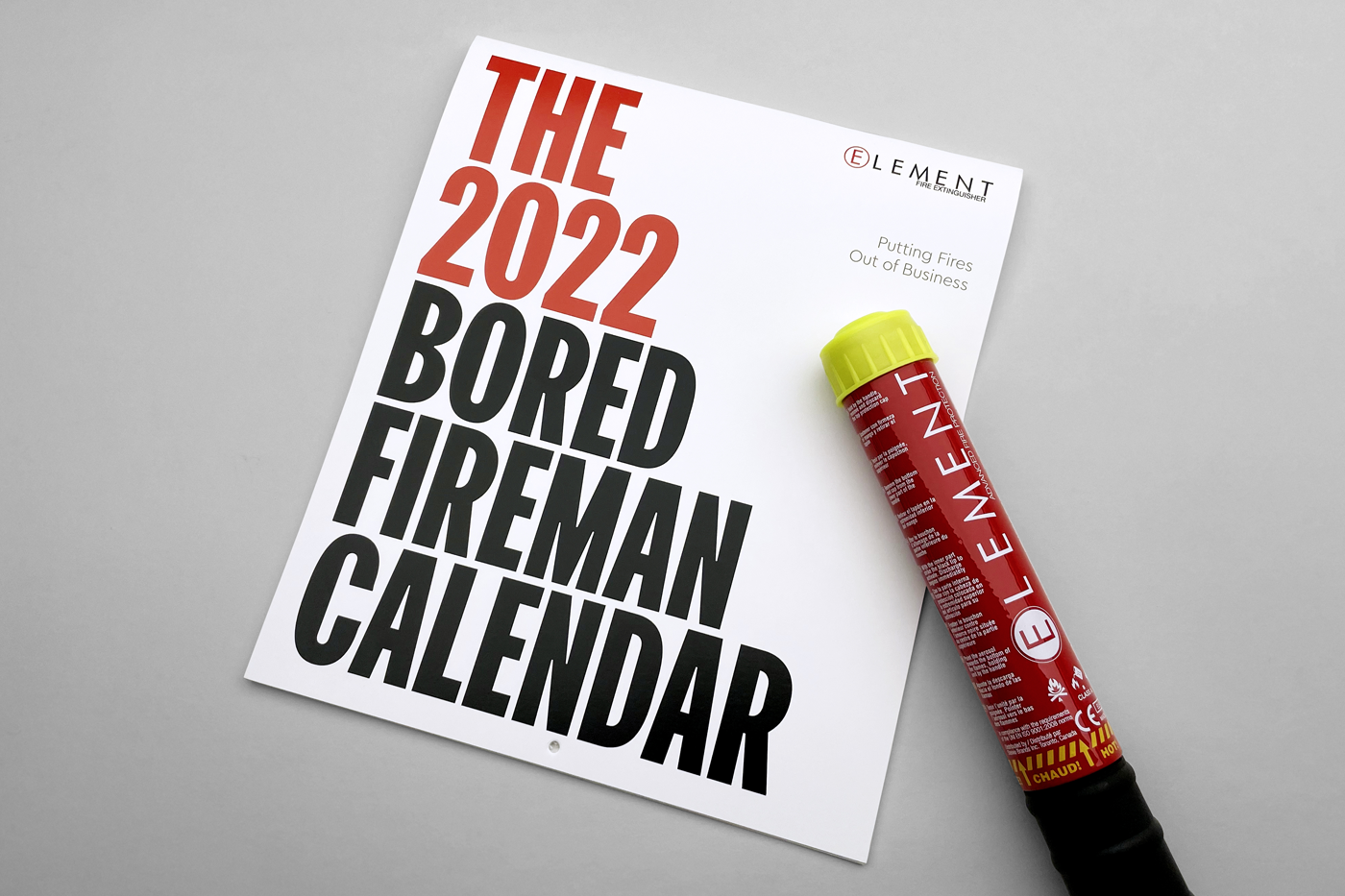