Fortnite continues to draw brands into its virtual world. With the continuing need for safe interaction online during the COVID-19 pandemic as well as brands' growing desire to explore potential in the metaverse, the online video game has become a platform for musical artists including Ariana Grande and publications such as Time to connect with audiences. Now, the Epic Games title delves into the world of fashion in its first collaboration with a luxury designer.

In a high-end spin on Dolly-and-Me matching outfits, Balenciaga has launched Fortnite-branded apparel that can be worn both physically and in-game.

Using Epic Games’ 3D creation tool, Unreal Engine, the fashion house was able to replicate a selection of its real-world designs into avatar wear that stays true to the cartoonish style of Fortnite. The full process can be explored in detail on Unreal Engine’s blog entry about the partnership. For players in the game, four unique character skins wearing Balenciaga designs can be purchased. A dog sporting a white Balenciaga hoodie, a character wearing a spiked gladiator and Nascar-esque denim ensemble, a woman in a zebra-striped bodysuit and another in baggy pants and a sparkling fish scale top are playable--and can be purchased with a line of accessories in a Balenciaga pop-up store in the video game. 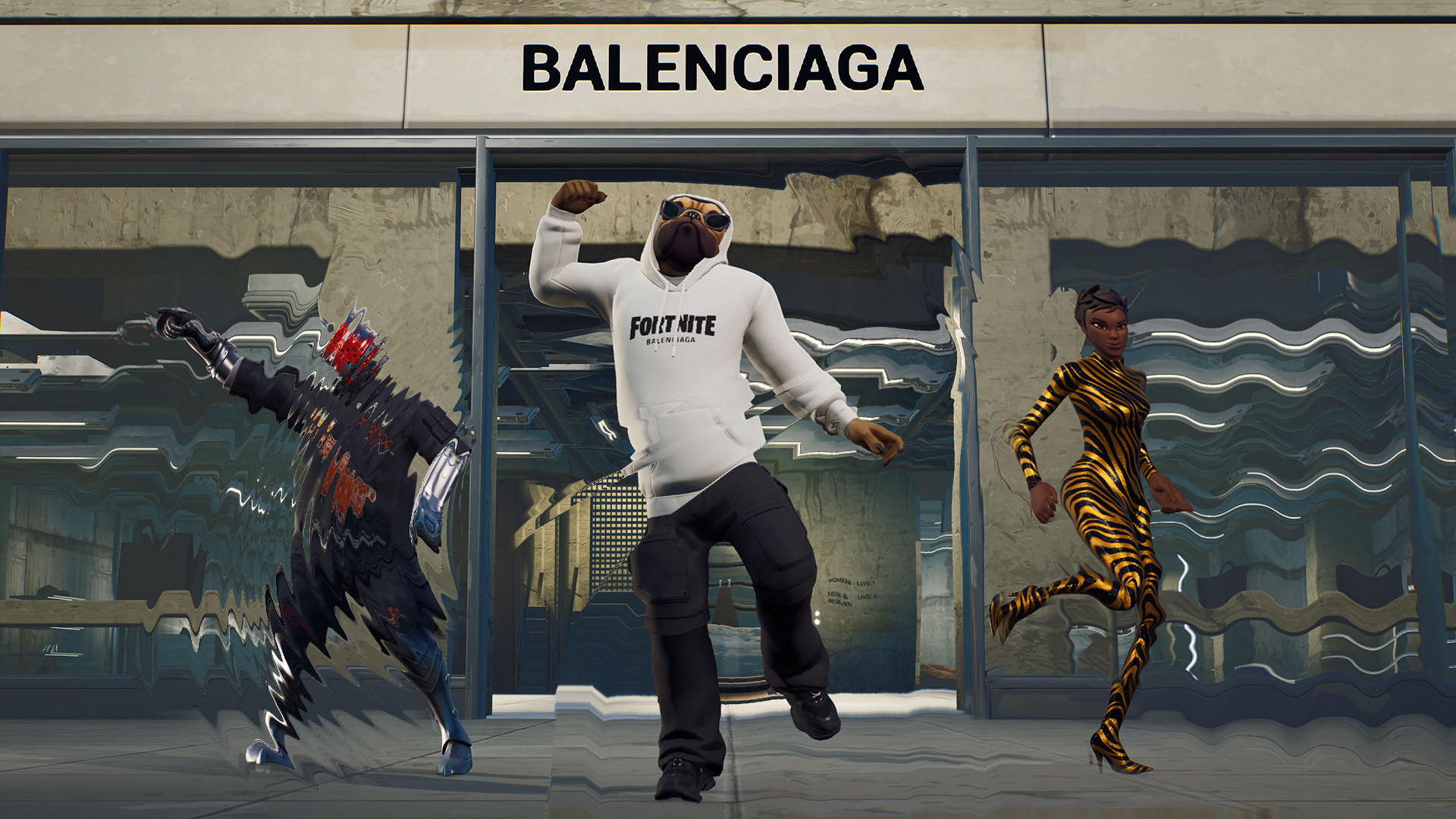 The same items the characters wear, plus additional Fortnite gear, are available to purchase on the Balenciaga website. The physical merchandise runs between $390-$1,295 and includes a code to unlock rewards in Fortnite. 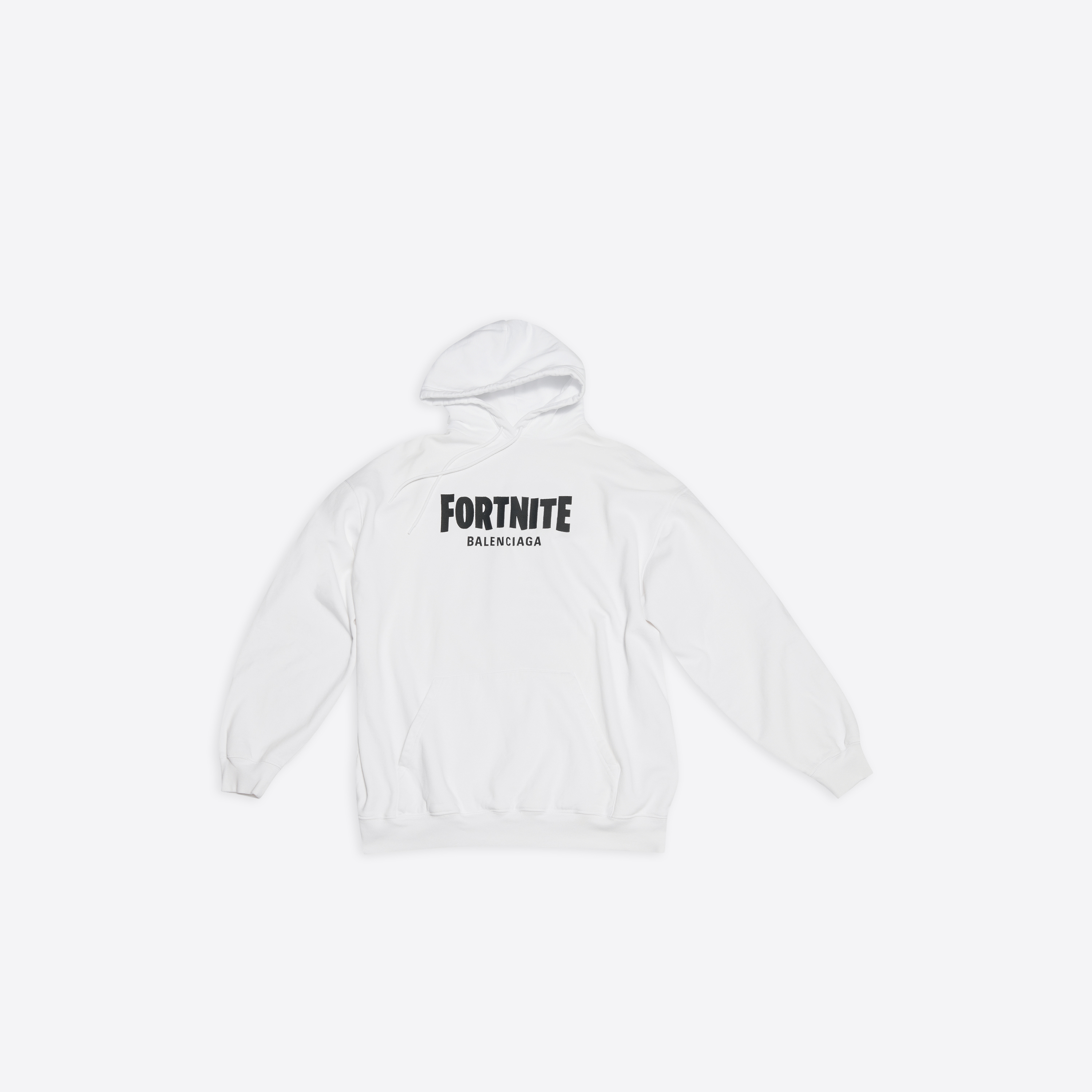 The collaboration also featured 3D billboards in London, New York, Tokyo and Seoul showing characters from the collaboration lounging inside the billboard. The animation was developed in Unreal Engine using the same animations created for the in-game partnership.

The partnership wasn’t Balenciaga’s first foray into the digital sphere. In March, the label collaborated with Unreal Engine to debut its Fall 2021 collection. The fashion show featured 50 digital models, believed by Unreal Engine to be the largest volumetric video project to date.

“We have continued to be inspired by the creativity of Unreal and Fortnite communities,” said Demna Gvasalia, artistic director at Balenciaga, in Unreal Engine’s blog post. “It made total sense, to me, that we collaborate further by creating these authentic Balenciaga looks for Fortnite and a new physical Fortnite clothing series for our stores.”

Epic Games: Best of 2021: Time recreates MLK's 'I Have a Dream' speech in Fortnite