Titled “Canyon of Heroes,” it was created out of Alto, the small shop led by Hannes Ciatti, who had been co-founder of Montefiore’s previous agency JohnxHannes. Its centerpiece is a film that takes a look back at the New York street Broadway, which has been dubbed the “Canyon of Heroes” for hosting many a ticker tape parade over the years—for “soldiers, astronauts, icons that have shaped this world,” reads the ad’s voiceover. It pieces together scenes of triumph—featuring citizens celebrating the end of World War II, firefighters who risked their lives during 9/11, the U.S. women’s soccer team and more.

“Its walls have rung with the roar of appreciation and the thunder of admiration, since the birth of New York,” the V.O. says as the ad cuts to scenes of nurses, doctors and healthcare workers toiling during the pandemic.  “And now there are new heroes to celebrate… and because of them this canyon of heroes has been extended all through the city and beyond,” it continues.

The spot ends with the lines, “To our brave healthcare heroes. Montefiore thanks you for healing New York.”

The footage sourced for the film includes images from Nicolas Kristof’s opinion piece in the New York Times, “Life and Death in the ‘Hot Zone.'" Its track also features Alicia Keys’ “Empire State of Mind,” marking the tune’s first use in an ad campaign. 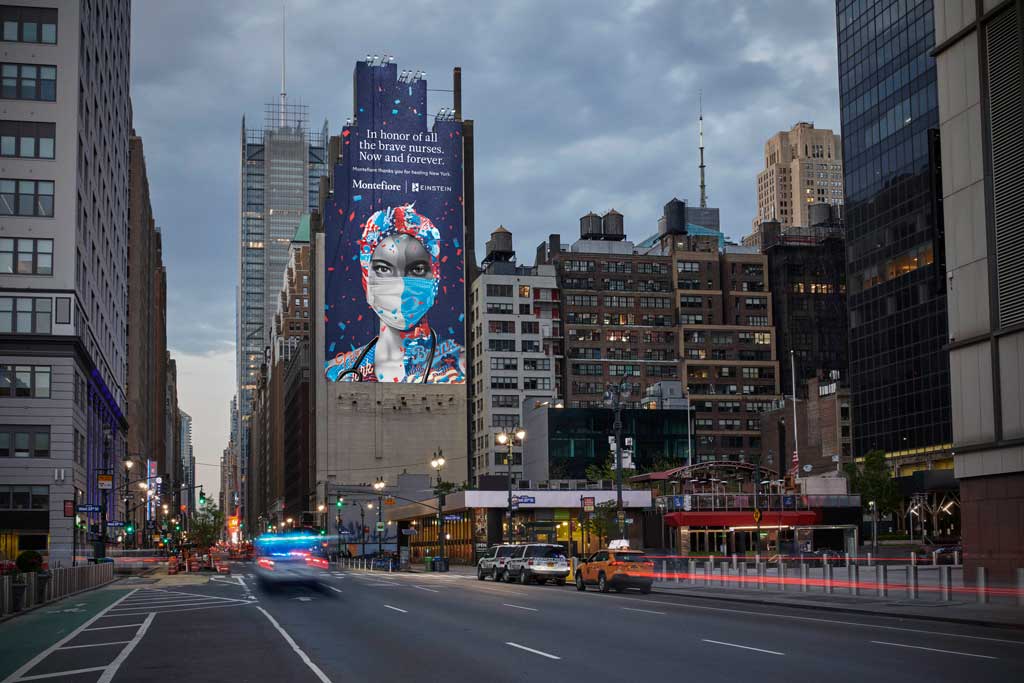 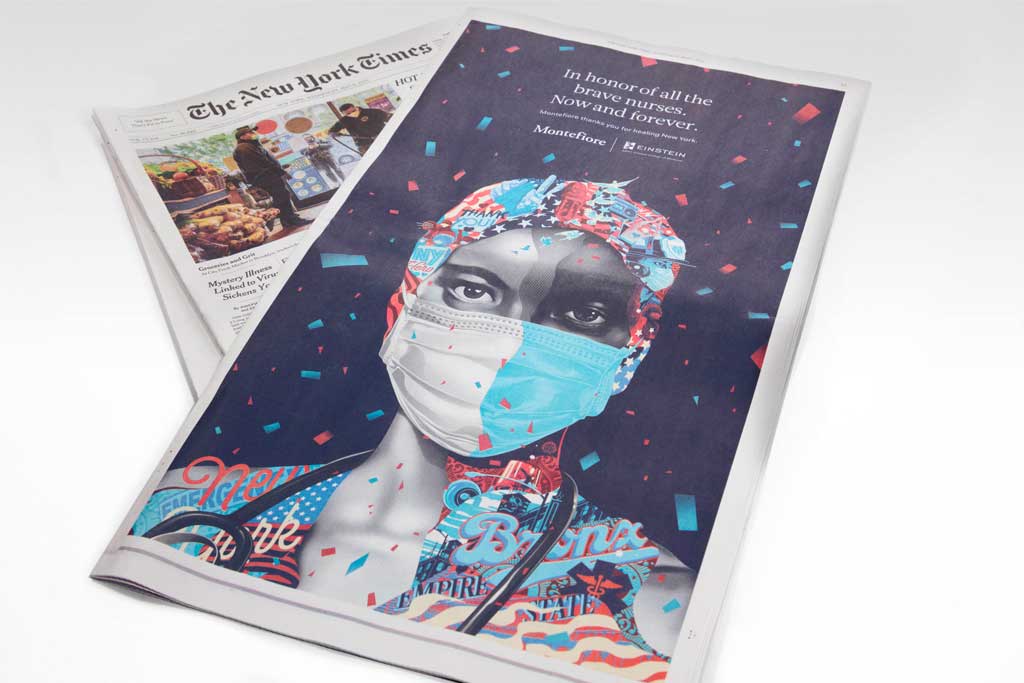 Amid uncertain times, WeTransfer encourages us to doubt everything