And more from the latest Ad Age Campaign Ad Scorecard
READ THIS NEXT
Watch The Lincoln Project’s data-driven viral video, plus a young poet’s instant fame by the numbers: Datacenter Weekly 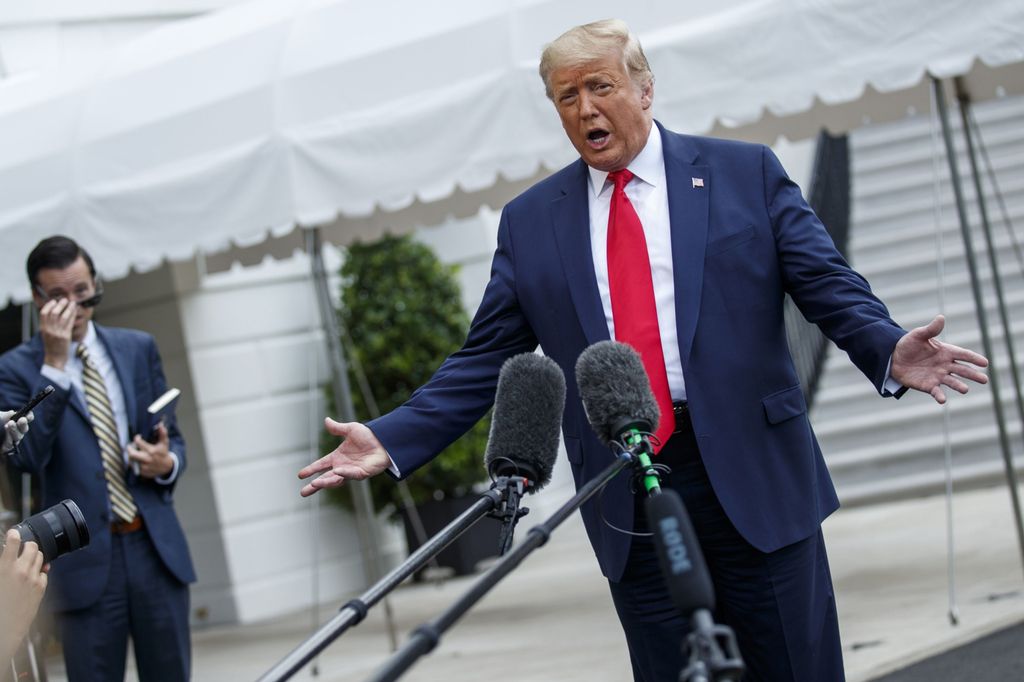 Trump continues to spend at a remarkable pace.

In our previous installment of Campaign Ad Scorecard, “Trump just dropped nearly $100 million on fall TV campaign ads in swing states,” we reported on a flurry of ad spending by President Trump’s reelection campaign over a 48-hour period (across June 29 and 30). Nine days later and we’re still seeing a remarkable pace of spending by Team Trump—and a curious lack of outlay by Joe Biden’s campaign.

• The Biden campaign has just $1.6 million in TV (broadcast and cable) bookings over the same period, and an additional $0.1 million booked for radio. (The Trump campaign has no advance radio bookings so far.)

• The Biden campaign, though, has more big-spending political action committees on its side—most notably, Priorities USA Action, which has $49.4 million in advance TV bookings budgeted.

• It’s worth noting that The Lincoln Project, a Republican-led group that’s produced a string of high-profile anti-Trump attack ads—see, for instance “Conservative PAC The Lincoln Project mocks Trump’s (crowd) size in new ad, alerts Stormy Daniels”—is so far planning to spend a pittance on TV across the rest of the campaign season: just $30,000 or so in advance bookings from July 10 through Election Day. Incidentally, because The Lincoln Project slams Trump but falls short of endorsing Biden, we classify it as a standalone entity—in contrast to explicitly pro-Biden Priorities USA—when we do tallies of ad spending specifically in support of the presumptive Republican and Democratic presidential nominees.

• Though Ad Age Campaign Scorecard tracks digital spending across Facebook and Google properties, those platforms don’t offer much transparency about advance spending, if any, by campaigns. As we’ve noted before, with traditional TV and radio, we’re talking about finite inventory. (If you don’t buy now, you might pay more later—and some markets might be entirely sold out during the most desirable dayparts and across the most coveted demographics.) Digital sees a lot more last-minute and on-the-fly buying. So stay tuned on that front. But for details on Facebook/Google ad spending by the campaigns to date, see the chart below, which shows Trump way ahead ($62.3 million) of Biden ($39.7 million). For additional context, we’ve included the primary season’s biggest digital spenders (Mike Bloomberg, Tom Steyers and Bernie Sanders).

• Trump is spending most heavily in Florida ($37.8 million), Ohio ($18.4 million), North Carolina ($16.7 million), Pennsylvania ($14.6 million), Minnesota ($14.1 million) and Michigan ($12.7 million) from July 10 through Election Day. He won all of those states in 2016 except for Minnesota, which suggest that as much as Trump himself has been deriding polls that show him behind Biden nationally and in some swing states, the Trump campaign itself is taking the polls seriously.

• A reminder that telling pollsters who you intend to vote for, and actually voting, are two different things. Some important context: “The Supreme Court just handed down some truly awful news for voting rights,” per Vox.

The Supreme Court handed down two brief, unsigned orders on Friday [July 3] concerning what restrictions states may place on absentee voting during the coronavirus pandemic. Though neither order is a final judgment—one grants a temporary stay of a lower court decision, the other denies expedited review of an important voting rights case—the practical impact of both orders is that voters in Alabama and Texas will find it harder to cast a ballot during the pandemic. The Texas order is particularly ominous because it suggests that Texas will be able to apply election rules that ensure older, Republican-leaning voters have an easy time casting a ballot—while younger voters could be forced to risk infection in order to vote.