Marketers of the Year No. 9: Microsoft | Ad Age
Skip to main content

Marketers of the Year No. 9: Microsoft

From tablets to gaming to a booming cloud business, Microsoft is multiplying its sweet spots 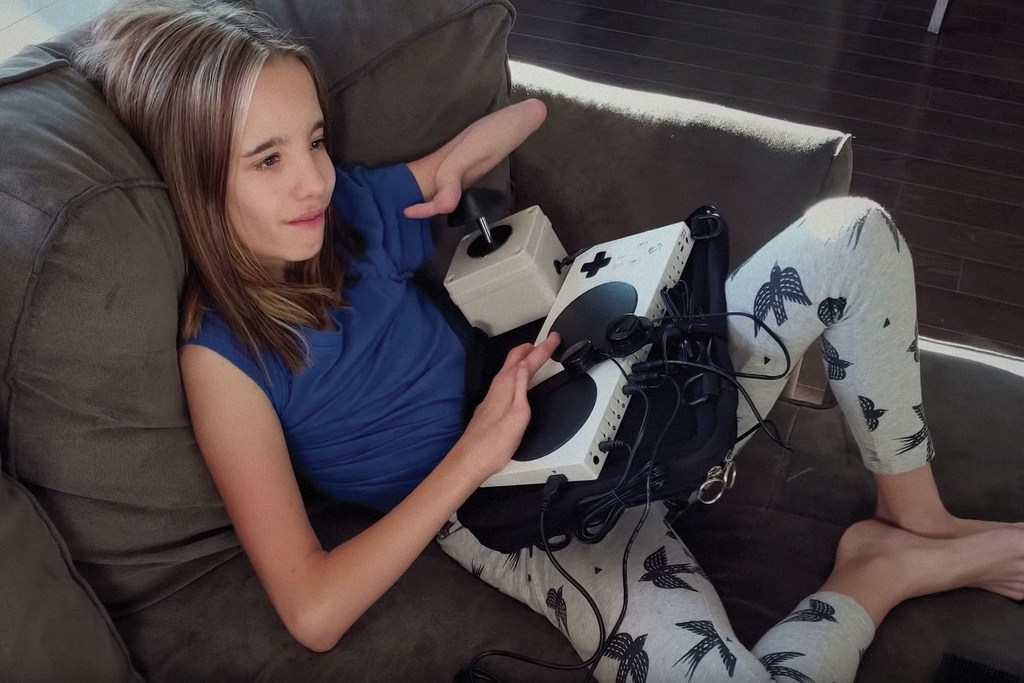 When most people think of Microsoft they think of Windows, but in reality the company’s diverse business touches much more than just office productivity tools such as Excel and PowerPoint.

Company’s founder Bill Gates launched Microsoft in 1975 and it quickly rose to dominance thanks in large part to its Windows software for personal computers. Since then, the Redmond, Washington, company has steadily expanded into areas such as gaming, cloud computing, office productivity tools, consumer electronics and voice assistants. Just last month, its stock reached a 52-week high, up nearly 37 percent.

This year, Microsoft garnered widespread praise for its 60-second Super Bowl commercial featuring a disabled child playing video games with a unique controller. The spot, created by McCann Worldgroup, showed a child who had significant limited use of his hands playing a game as his friends cheered him on. “Our intent with our ads is to illustrate a product and a human truth and deliver on our mission of empowering every person and organization on the planet to achieve more,” Kathleen Hall, corporate VP, brand, advertising and research, said in a statement.

Although hardly acknowledged, Microsoft gets credit for reinvigorating the tablet market with its hybrid Surface PC. Apple’s iPad introduced the tablet, but Microsoft built on it by adding a keyboard and touchscreen to the device. In November, the company featured its Surface laptop in a new spot from McCann, showing off how Microsoft can translate spoken languages in real time.  In December, it built on that with a charming spot in which a young girl named Lucy tries to get the Surface to translate the grunts of reindeer as she grills them on North Pole goings-on.

Yet the company’s growth can mostly be attributed to Azure, its booming cloud business, which has a roster of clients including Adobe, HP, 3M and Accenture. The product essentially replaces business servers while also providing services such as analytics. Although Microsoft does not break down specific revenue segments, Azure was up 59 percent year-over-year during the first quarter of 2020.

Though Azure is a big driver, Microsoft is also seeing growth spikes in other areas.

In November, the company reported that its Teams chat app had 20 million daily active users, up 54 percent from June. The number is significant, since Teams launched two years after Slack, but its user base is now nearly double that of Slack’s 12 million.

Microsoft has also managed to stay out of the spotlight as other tech giants such as Google, Facebook and Amazon get pummeled by both consumers and lawmakers. Microsoft instead has taken a more proactive approach, saying it would adopt the “core rights” of California’s Consumer Privacy Protection Act, a law that goes into effect at the start of next year and significantly enhances consumer data privacy.

Microsoft has also been making inroads into the $137 billion video game market.

The company has been seen as an innovator with its Netflix-like model dubbed “Game Pass,” which allows consumers access to a wide range of games by paying a set amount each month. While lesser-known than rival Twitch, Microsoft’s streaming platform Mixer made headlines after signing prominent video game streamer Tyler “Ninja” Blevins.

The move paid off for Microsoft. The week of the Ninja deal, the number of mobile app downloads for Mixer increased by a multiple of 10, according to Sensor Tower, an app intelligence company. Overall, it captured 653,000 downloads during the week of Ninja’s signing, up from 64,000 prior to his arrival. Because Mixer is already installed on all Xbox consoles and Windows computers, the download stats don’t capture all users.

Microsoft also recently inked a deal with another popular Twitch streamer, Michael “Shroud” Grzesiek. Brands including GrubHub are already advertising on the platform, proving that Microsoft isn’t just playing around.