'Live for Now' Puts Focus on Entertainment, Pop Culture
READ THIS NEXT
NFL Playbook: Tracking how brands are marketing around an uncertain season

Pepsi is preparing to launch a campaign, "Live for Now," that positions the brand on the pop-culture forefront around the world.

The campaign, its first global effort, launches in the U.S. on May 7. It is the result of intense consumer research carried out across a variety of markets over the past nine months. The hope is that the campaign and tagline will more clearly define what Pepsi represents and inextricably link the brand with entertainment globally.

"When we look at what Pepsi really stands for, we've been an entertainment platform for as far back as anyone can remember," said Simon Lowden, chief marketing officer of PepsiCo Americas Beverages. "But there have been times in the last decade where we haven't been in the right place in entertainment around the world, haven't been at the forefront."

As part of the campaign, Pepsi will partner with emerging entertainers or artists from a variety of disciplines, from music to sports. The initial spot features a cameo from performer Nicki Minaj, named a "rising star" by Billboard last year.

"Nicki is at a great point in her career," said Brad Jakeman, president-global enjoyment and chief creative officer. "We have always found artists at just the right moment in their career -- where they are famous enough to have earned a place in pop culture but not so famous that they're played out. Then the association with Pepsi has really amplified their pop-culture relevance. That's when the brand is at its best, when it's really participating with entertainment."

Pepsi decided to use Ms. Minaj in the campaign after execs heard the lyrics to her song "Moment 4 Life." The lyrics: "I wish that I could have this moment for life. 'Cuz in this moment I just feel so alive," parallel Pepsi's strategy of capturing the excitement of now. That song will also be used in the launch commercial.

As a way to embody the "now," the brand is also updating the Pepsi Pulse platform, which was used during "X Factor" and will be a centerpiece of the campaign. The platform is meant to be a Pepsi-curated "dashboard of pop culture" ranking tweets, pictures and news items from the world of entertainment by popularity. It will be possible to organize content around categories such as music, design and sports.

Consumers will be encouraged to tweet, "like" and pin items from the dashboard, as well as to participate in "challenges" issued by various celebrities. Through a partnership with a daily-deals site, Pepsi Pulse will also promote about 50 events and activities in markets across the country throughout the summer. Those deals are meant to further support the idea of "Live for Now."

Pepsi Pulse will have a dedicated site, and it will become the Pepsi.com homepage, ensuring plenty of eyeballs. A takeover of Yahoo.com will launch the platform May 2.

"What we're doing with Pepsi Pulse is an evolution and builds on the kind of excitement and real-time activity and engagement we were able to drive during 'X Factor,'" said Shiv Singh, global head of digital for PepsiCo Beverages. "We're taking the conversations that happen online about pop-culture topics and using that to drive the ranking of what the biggest things are in pop culture."

In many ways, launching a global campaign is a rite of passage for the brand. It boasts a beverage empire that 's equal in distribution to that of rival Coca-Cola -- both company's brands are sold in about 200 markets globally -- but with a decidedly smaller footprint. According to Euromonitor International, Coke has a 25% share globally, compared with Pepsi's 10% share.

On the way to its first global campaign, Pepsi has had to rethink how it goes to market, works with agency partners and manages the brand internally.

From an agency perspective, BBDO, has handled the brand overseas, and TBWA/Chiat/Day, has handled Pepsi in North America. The pair, both Omnicom shops, has created different campaigns, sometimes with different logos but with similar themes, for international markets.

To create "Live for Now," the shops collaborated, with Mr. Jakeman briefing TBWA and BBDO outposts around the world. Still, while he says the agencies worked extremely well together, he's working on creating a "unique agency model" with Omnicom that would let Pepsi "get the best of both the TBWA talent and the BBDO talent without having to run two separate agency structures."

An Omnicom spokeswoman did not immediately respond to a request for comment. 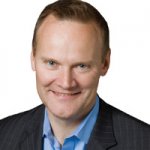 Internally, Messrs. Jakeman and Lowden have been working closely on the campaign and the overarching positioning. Mr. Jakeman joined PepsiCo last summer at the same time the company created the Global Beverage Group. That group operates across regional structures with a mandate to think broadly about innovation and marketing that 's 12 months to 36 -- if not 48 -- months out. By contrast, regional groups are charged with thinking zero to 12 months out. Mr. Lowden has managed the largest of those groups, PepsiCo Americas Beverages, since last summer. Before that , he served as chief marketer for Pepsi International.

"It's not a hand-off, because a hand-off would indicate people are working in silos and throwing it over the back fence to the next person," Mr. Jakeman said. "Simon and I are joined at the hip. Largely because he has a wealth of experience, but he's also CMO of the biggest market and the market that launches first."

It's not yet clear how the campaign creative will travel. Mr. Jakeman said he's most concerned with each market around the world staying true to the campaign idea and brand positioning, rather than running identical ads. The launch commercial did perform well in pretesting, however, and could be replicated in a number of markets, he added. The Pepsi Pulse platform will look the same around the world, though content will vary by country.

"The identical piece of advertising running everywhere, that 's an old-fashioned way of global marketing," Mr. Jakeman said. "In global brand management, you get stars for efficacy, not consistency. I'm not going to comb the world checking to make sure everyone is using identical pieces of advertising."