For $500 Million, Disney Gets a YouTube Network and Another Shot Online

Maker Studios Receives a Way to Wean Itself off YouTube
READ THIS NEXT
TikTok tactics: What to know about reaching audiences on the social media platform 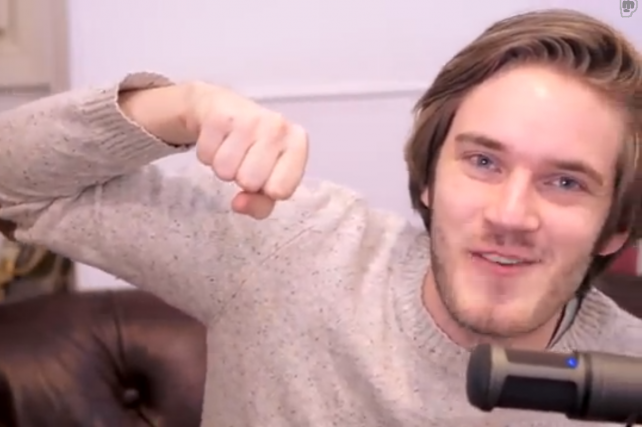 YouTube is where the kids are, and now Walt Disney Co. has a beachhead, acquiring Maker Sudios for $500 million, the company announced Monday.

Disney has had a hard time finding the success online that it has historically enjoyed in film and television. At the same time upstarts like Maker Studios have attracted the young audience Disney craves, while struggling with tough online-ad economics.

"Short-form online video is growing at an astonishing pace and with Maker Studios, Disney will now be at the center of this dynamic industry with an unmatched combination of advanced technology and programming expertise and capabilities," said The Walt Disney Company CEO Robert Iger in a statement.

"Disney is synonymous with the best entertainment and is the ideal partner for us, strengthening our position as the leading player in online video," Maker Studios CEO Ynon Kreiz said.

Disney has found YouTube to be foreign territoriy. Disney's YouTube channel has a subscriber base that is less than 1% the size of top Maker Studios talent PewDiePie. And Disney hasn't uploaded a new video to its channel in more than a month.

Earlier this month Disney's digital-media arm Disney Interactive -- which includes its YouTube channels -- laid off 700 employees, or more than a quarter of its workforce. And unlike last year, Disney Interactive is not currently scheduled to present at this year's Digital Content NewFronts (but Maker Studios is). Complicating matters, Disney's traditional audience of young viewers are increasingly favoring content accessible on their parents' iPads over TVs.

But with 380 million subscribers across more than 55,000 YouTube channels, Maker Studios fills a big hole in Disney's portfolio, but also gives Maker a friendly port in a tough business environment.

Like a lot of online video networks, Maker is overwhelmingly dependent on YouTube's billion-plus monthly audience base. However in exchange for free international distribution, YouTube typically takes a 45% of networks' ad revenues.

That revenue split has made it tough to scale a sustainable business solely on YouTube, which is why many of tried to diversify with other sources of distribution. One of online video's earlier success stories, Machinima, recently laid off much of its sales team.

The Walt Disney Company's breadth -- which includes ABC and ESPN -- could improve Maker Studios' relationship with advertisers and give it more leverage when negotiating with YouTube and other digital video distribution services.

In the past year, Maker has tried to wean itself off YouTube. Last September the company acquired fellow network Blip, which had already built itself an owned-and-operated web destination. Maker had hoped to use Blip's technology to migrate some of its channels' audiences to that domain where it would have more control of the ad business.

But that assumes people would shift from a familiar environment like YouTube to an unknown one. It would be like Viacom telling people they could only watch MTV's "The Real World" on Viacom.com.

Disney has built a $45-billion business in no small part thanks to its ability to turn movies into brands that can be packaged as TV shows, video games, toys, theme park characters, etc. The same could be done for Maker. Plus Maker-managed stars could help Disney create properties that resonate with younger audiences.

At least that's what Disney and Maker Studios are hoping.