"What in the world is WhatsApp?" Reuters echoed the question many in the U.S. were asking when Facebook acquired the mobile messaging app in February for a stratospheric $19 billion. WhatsApp was more familiar to the rest of the world, where it had built a bulk of its estimated 450 million users -- and where other competitors were gaining steam.

Each began as "over-the-top" applications to avoid texting charges, but they've quickly blossomed into vibrant social media portals that are robbing users from Facebook and Twitter.

WhatsApp, the largest of the apps, appears to be sticking to its committment to avoid ads. Yet five of its sizable competitors have opened up to marketers. They're all unproven. And overall, the apps collect far less data than social networking sites. "Some of them actually pride themselves in not collecting it," said Eytan Oren, director of partnerships at IPG Media Lab. Despite their hurdles, the apps have growing and tantalizing user numbers that are drawing brands to experiment with the evolving platforms.

Today, IPG is out with a new report detailing the best practices for brand marketers on the platforms. Here's how some of the world's largest ad spenders are tip-toeing into the mobile messaging waters: 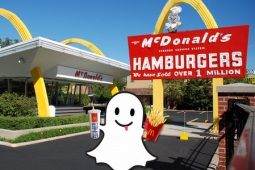 Snapchat
On Monday, Taco Bell, an early Snapchat adapter, announced it would premiere its newest taco on the popular ephemeral app with a short movie, a first for Snapchat. By letting companies create pages as regular users, Snapchat allows brands toy around with its playful format. McDonald's recently leapt in with superstar LeBron James. But IPG cautions that the app offers "no analytics beyond seeing the number of followers."

Kik
The three-and-a-half year old service, out of Canada, is less well-known, but IPG is a big believer in its potential. Its user base, roughly 125 million, skews young. Unlike other apps, it is built in HTML5, which allows chatting and sharing to stay inside its own browser. So Kik is positioning itself as a competitor to other chat apps, as well as Google Chrome and Firefox. Brands, the IPG report says, "are already on Kik" -- their web content is readily available. IPG launched a campaign with Kik and Syco/Columbia Records to bring fans of the boy band One Direction onto the app. In its first three months, the effort netted 956,800 installs and over 2.4 million visits to a Kik chat room with the band. 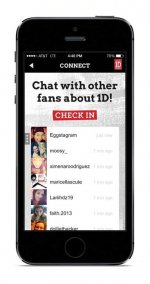 Tango
In December, Twitter's mobile ad network MoPub unveiled an in-stream native ad product to run with Tango, the U.S. app with some 200 million users. Supercell, makers of the mobile video game Clash of Clans, and Dunkin' Donuts have bought space for app-install ads inside Tango. IPG calls it the "blingiest" of the apps, with lively animated stickers gracing the screen. But unlike Kik and Snapchat, which require intensive design and creative efforts, Tango is can be a cheaper platform, said IPG. And thanks to a recent influx of cash from Chinese e-commerce giant Alibaba, Tango is poised to expand internationally.

Line
One Direction aren't the only heartthrobs making use of these apps. Sir Paul McCartney has released eight schmaltzy stickers on Line, where he has some 10 million followers. Sharing and sticking the former Beatle's likeness comes at $1.99 a pop. Line, which is dominant in Japan, has over 500 such sticker characters, whose sale -- together with in-game purchases -- raked in $338 million in revenue for Line's parent company in 2013. This month Line will open up a market for anyone to sell stickers. Over the weekend, the company trumpeted ambitious plans to hit one billion users by 2015. 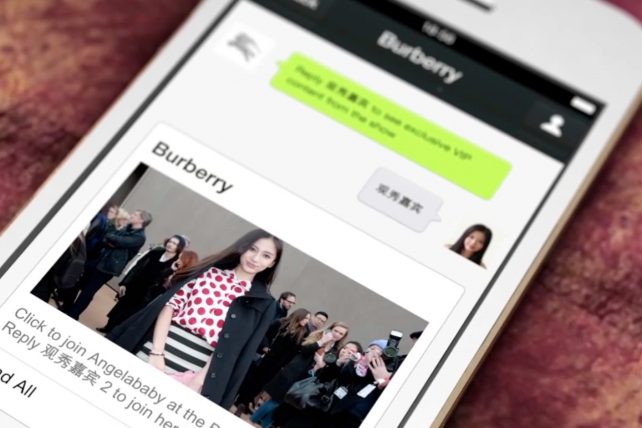 WeChat
China's popular app is not just a chatting tool. It has ventured into e-commerce and, with Tenpay, the payments service from parent company Tencent, mobile money. Major brands like Burberry and PepsiCo have launched campaigns on the platform. McDonald's ran a "Big Mac Rap" contest. WeChat is wary of turning off users with excessive sponsored content, and its private group chats can keep brands in the dark about feedback. But IPG predicts the app will expand further into online-office retail connections -- and further westward.

"A lot of these companies are gearing up to make a big push in the U.S. market," Mr. Oren said. "That has all the other apps on high alert."