How Redbox Instant Will Take on Netflix

It's not easy to enter a streaming video market dominated by Netflix. But Redbox and Verizon believe there's still white space to challenge established SVOD players. 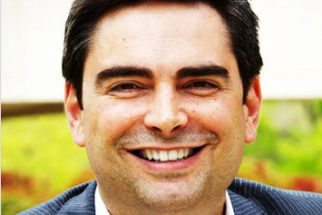 So after a beta test in December, the companies made Redbox Instant widely available starting last month, offering subscribers a hybrid package of streaming movies and four nights of kiosk DVD rentals for $8 a month. While Netflix and Hulu offer a variety of TV programming, the core Redbox Instant offering is its mix of films from MGM, Paramount and Lionsgate coupled with older classics. There's also an option to rent or buy new releases for an additional fee that aren't available as part of the subscription.

Streaming is currently available for Android and Apple devices, on Xbox and Samsung TVs and Blu-ray players. With 38,500 DVD kiosks across the U.S., however, Redbox's physical rentals remain an important part of the offering.

But just how will Redbox take on Netflix? Redbox Instant CEO Shawn Strickland will discuss his game plan at Advertising Age's Digital Conference in New York City on April 17.

We asked Mr. Strickland three questions to preview his presentation, which will explore the vastly changing landscape for streaming video providers and how to market to consumers.

Advertising Age: What void do you think Redbox Instant will fill in the SVOD market?

Shawn Strickland: Most people still have a foot in two worlds -- they stream content for its ease of use and immediacy and rent DVDs to access new content. There's a white space for the consumer that still wants access to both streaming and DVDs. Many customers weren't ready when Netflix split apart its DVD and streaming subscriptions into two separate packages. The market is overlooking the continued interest in DVDs. Consumers are cobbling together their own packages, subscribing to several services to fit their needs. The average streamer subscribes to 2.2 services in the U.S.

Ad Age: What is the biggest challenge in launching Redbox Instant?

Mr. Strickland: Netflix, Hulu, etc., are not our biggest challenge. Consumers are willing to subscribe to more than one service, so there's room for us. Market competition is not even on the top of the list. Our biggest challenge is figuring out how to market the service to the right customer.

We find some consumers are coming to Redbox Instant expecting a Netflix-like experience. We are not Netflix and don't try to be. We are focused on movies and want to reach the movie lover that still values the DVD. We are looking to attract and market to the right consumer -- it's not the person who is totally moved over to streaming and packed away their DVD player. Redbox Instant may not be for them. Neither is it for those that are still totally entrenched in the DVD.

We are playing with messaging and stressing that along with streaming access you also get four nights of kiosk rentals. We are also leveraging the strength of our partner Verizon, with about 5 million TV customers and even more than that on the broadband side, as well as a retail touch-point with Verizon Wireless stores.

Ad Age: What is the future of the DVD?

Mr. Strickland: I am bullish on the DVD. In the U.S., $200 million was spent last year on DVD and Blu-ray players. There's strong fundamentals. Redbox kiosks have about 62 million rentals per month.

I look at this as the third age of TV. Over-the-top will evolve the way cable has. USA was once showing repeats of broadcast shows and now it's largely originals.